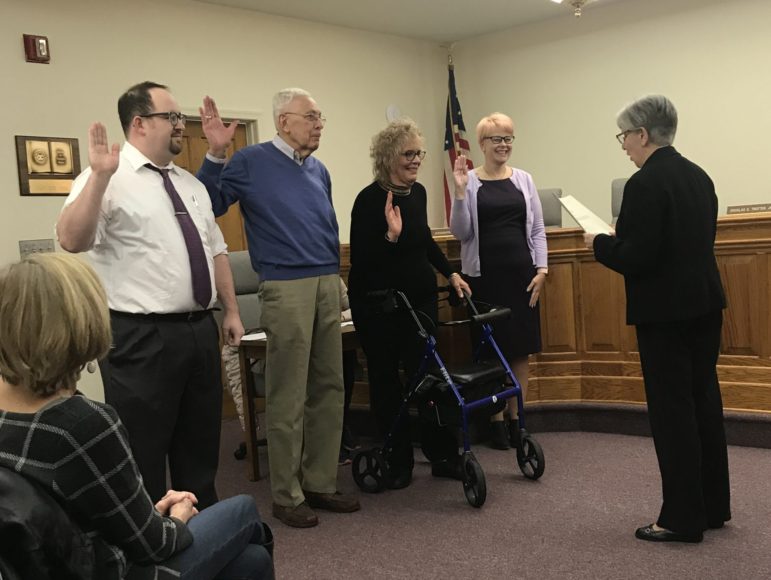 Will Rufe and Jamie Johnson were elected to council back in November, and began serving their respective two- and four-year terms this week.

Rufe will oversee the House and Ordinances Committee while serving on council.

“I’m looking forward to working on council and being a conduit for things that you need to get done,” Rufe said in his first statement as a council member.

Rufe, who grew up in the borough and moved back to Fountain Hill in 1994, paid homage to outgoing council members Norman Blatt Jr. and Francis Ferencin. Rufe mentioned that Blatt and Ferencin set a “good example for how things should be run,” and for how “people could be pragmatic, and things could be done through democratic vote.”

Johnson also grew up in the borough, and she returned in 2013. 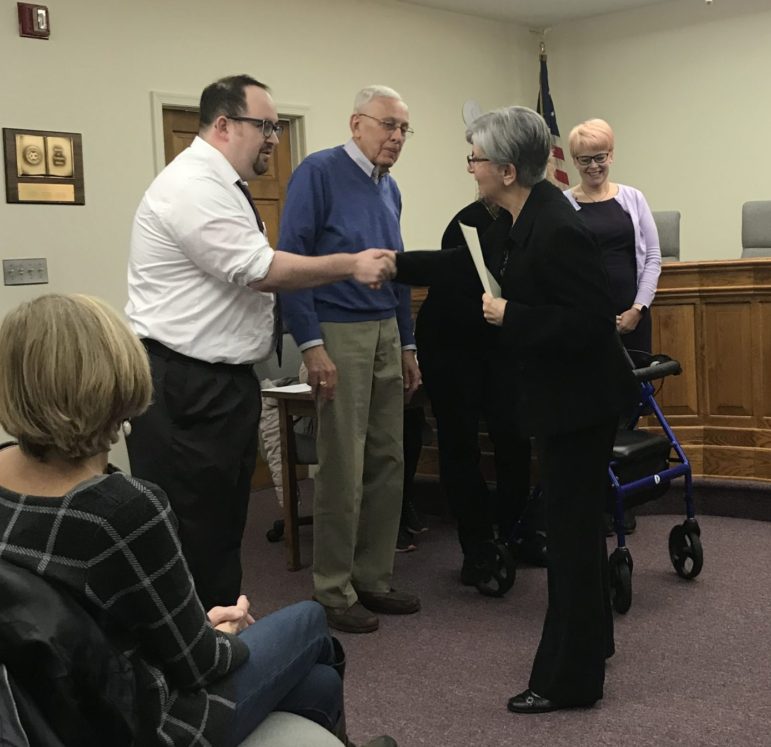 Mayor Gifford shakes the hand of Will Rufe, who was sworn-in to the Fountain Hill Borough Council on Monday night.

The first council meeting of the New Year also served as a reorganization meeting.

The council re-elected Leo Atkinson as council president. Jordan was elected to the council vice-president position, which was previously held by Blatt.

“We have a great council,” Atkinson said. “I appreciate your confidence in voting for me for Council President.”

Atkinson said a priority for him moving forward is improving communication with residents. Improvements may include things such as digitizing and adding more information to the borough website, increased marketing of borough activities, and improving the live-streams of council meetings.

Atkinson closed his address by discussing a few new additions to the borough budget, which was passed at the final council meeting of 2019.

He invited the public, as well as the council, to come up with ideas for things that can be done with the new Community Development Fund; a fund of about $50,000 dedicated to assisting businesses in the borough.

Atkinson said he is also excited for the new Capital Projects Fund, which will be used to finance infrastructure projects throughout Fountain Hill.

The council will begin discussing projects to be aided by the fund at the next meeting on Wednesday, Jan. 22 at 7 p.m. at Fountain Hill Borough Hall. 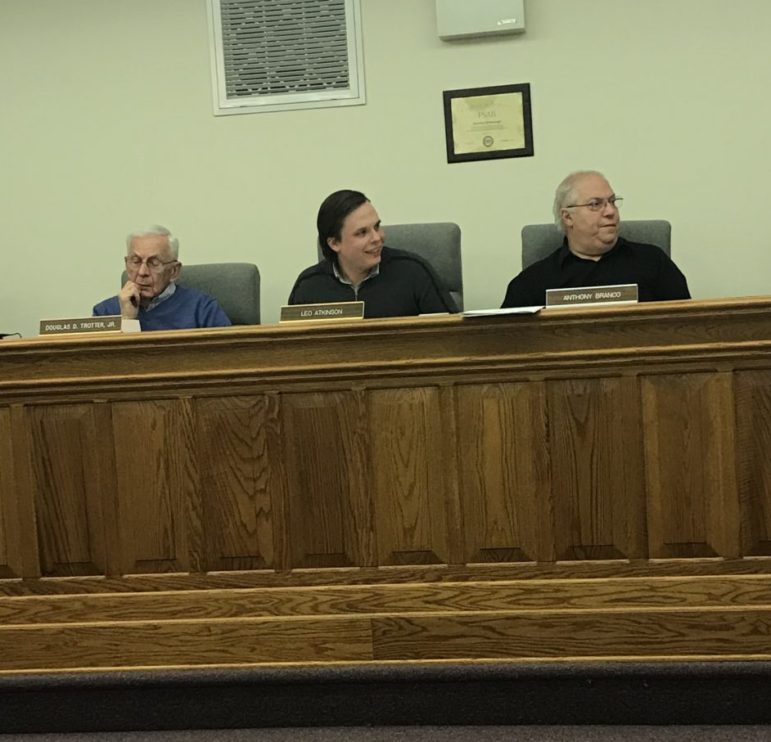