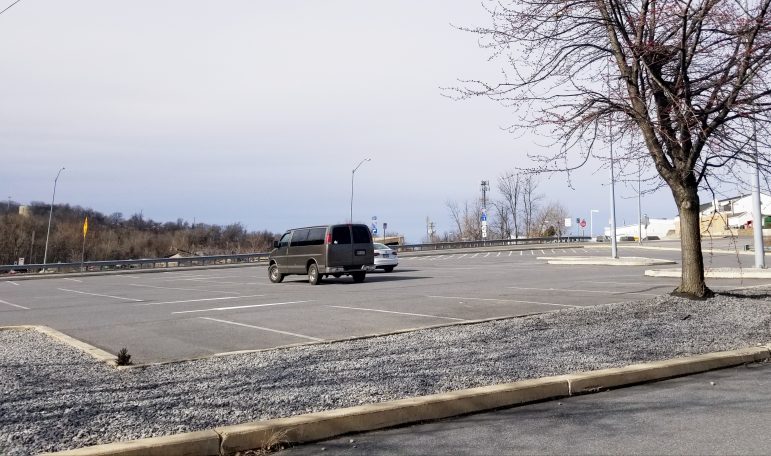 The Hellertown park-and-ride lot just off Rt. 412 was deserted except for a few commuter van and shuttle service vehicles Saturday afternoon.

Without indicating whether the changes have anything to do with public safety concerns related to the coronavirus outbreak, Trans-Bridge bus lines posted on its website that buses from Hellertown to New York City will operate on a modified schedule March 16-20. Buses between New York and Wind Creek casino in Bethlehem will not be affected.

The non-casino buses are used by commuters and tourists traveling back and forth between the Lehigh Valley and the city. A park-and-ride lot at the Hellertown stop is filled with parked cars most days, however it was reportedly emptier than normal Friday, after new coronavirus-related restrictions took effect and shut down some popular New York City destinations like Broadway.

On Saturday afternoon, the PennDOT-owned lot was nearly deserted.

The Broadway closure is currently scheduled to last through April 12.

Several Trans-Bridge customers in comments on the Trans-Bridge Facebook post suggested that the company should extend the expiration date for commuter tickets that were already purchased.

Click here to view the timetables, which indicate that seven eastbound and seven westbound runs are canceled for the upcoming week.

Another bus company that provides service between Hellertown and New York City, Klein Transportation, indicated on Facebook on Thursday that some customers who purchased tickets through ticket broker Broadway InBound for shows through April 12 will be receiving refunds.

“At Klein we want each of our customers to understand that our priorities have not wavered,” the company said in another Facebook post. “As such, we continue to clean and sanitize each charter vehicle after every trip. We are also providing drivers with extra supplies for mid-trip sanitizing and cleaning.”

Read about other coronavirus-related cancellations, postponements and changes here.