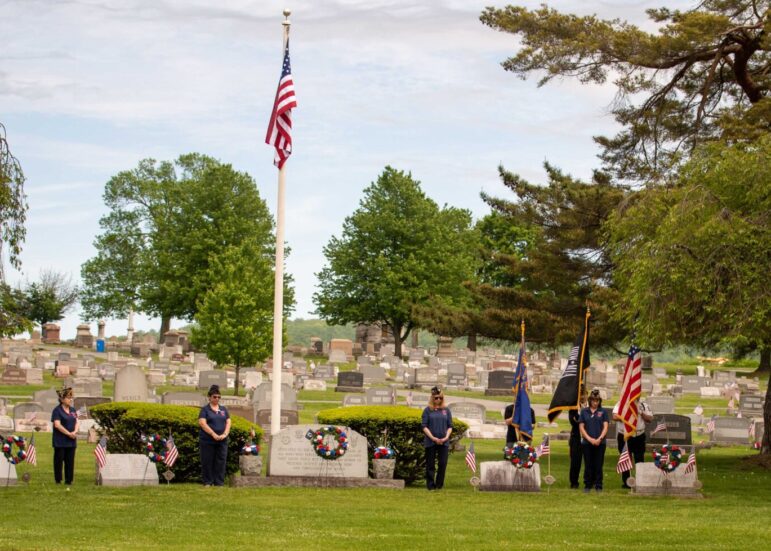 Memorial Day is a time for somber reflection on those who have made the ultimate sacrifice in order to defend American freedoms. Honoring their service was the theme of the Hellertown American Legion’s ceremony Sunday in Union Cemetery.

Hellertown’s annual Memorial Day service in honor of those who have made the ultimate sacrifice defending our freedoms may have been closed to the public due to the COVID-19 pandemic, but that fact didn’t diminish its meaning for those who viewed it online.

The adapted service organized by the Edward H. Ackerman American Legion Post 397 was held in Union Cemetery and streamed live via the organization’s Facebook page.

“I know times are difficult, but let us always remember the troops who stormed the beaches of Normandy, battled the freezing temperatures in Korea, fought in the jungles of Vietnam, ascended the mountains of Aghanistan and cleared the streets of Iraq,” he said. “Let us never forget their sacrifices and the difficult times they had to endure. It really puts things into perspective. They fought and died, so we can have the freedoms that we have today.”

“Memorial Day brings America together,” he said. “It’s not about parties and picnics. It’s a sombering tribute to the ultimate sacrifices of heroes.” 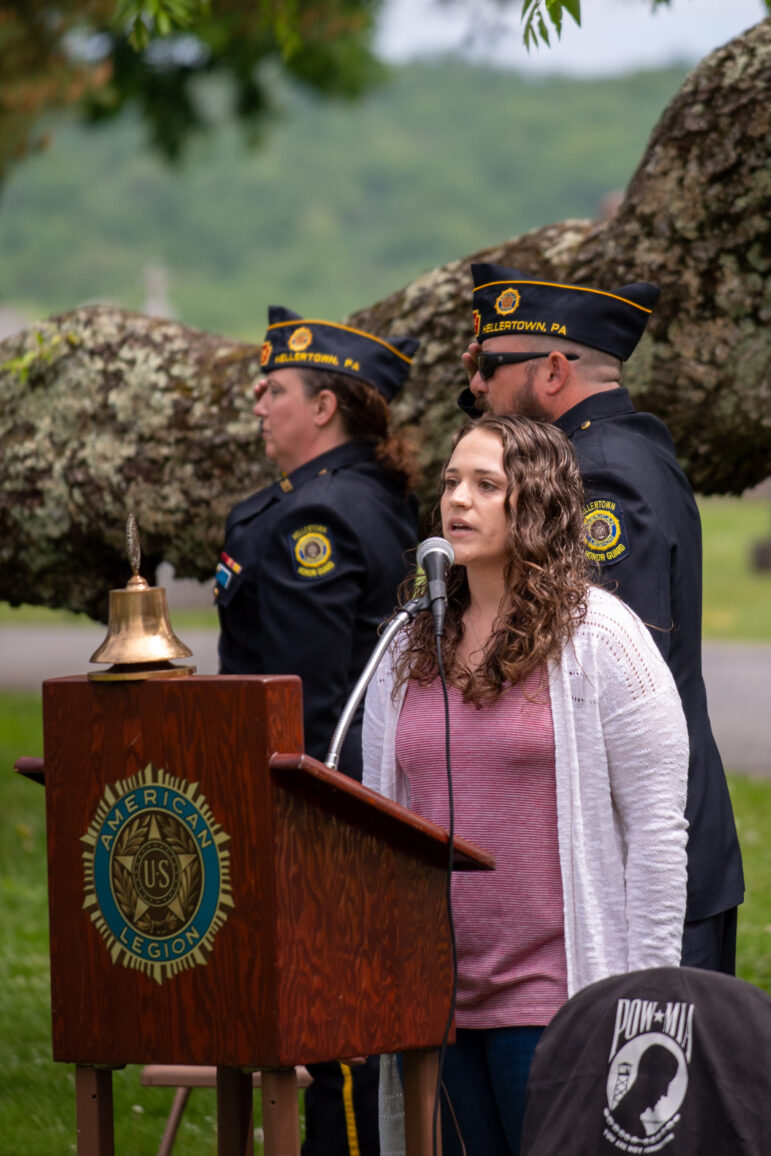 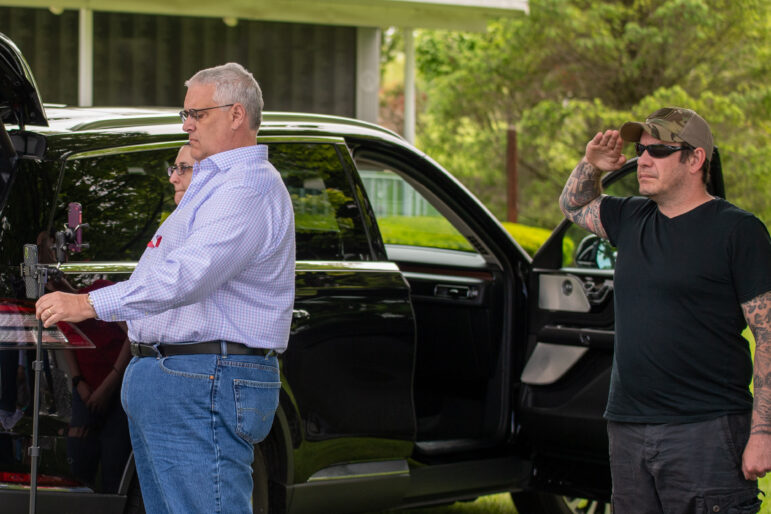 Hellertown mayor David Heintzelman records the Memorial Day ceremony, which was held without spectators due to the COVID-19 pandemic. 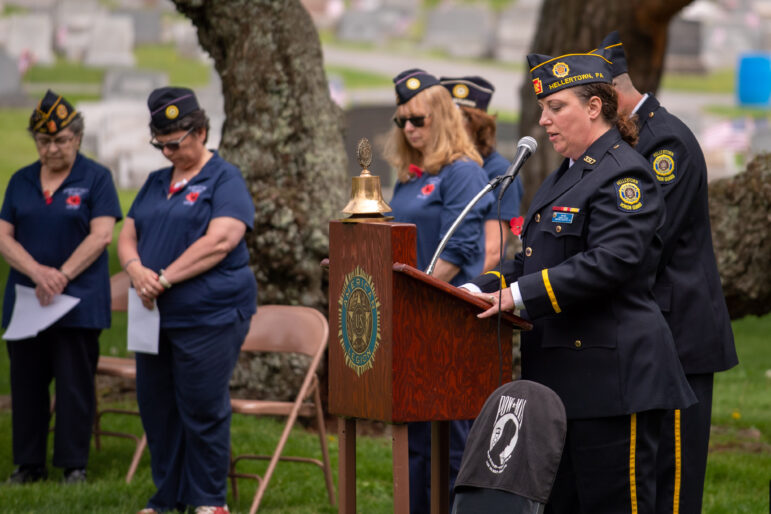 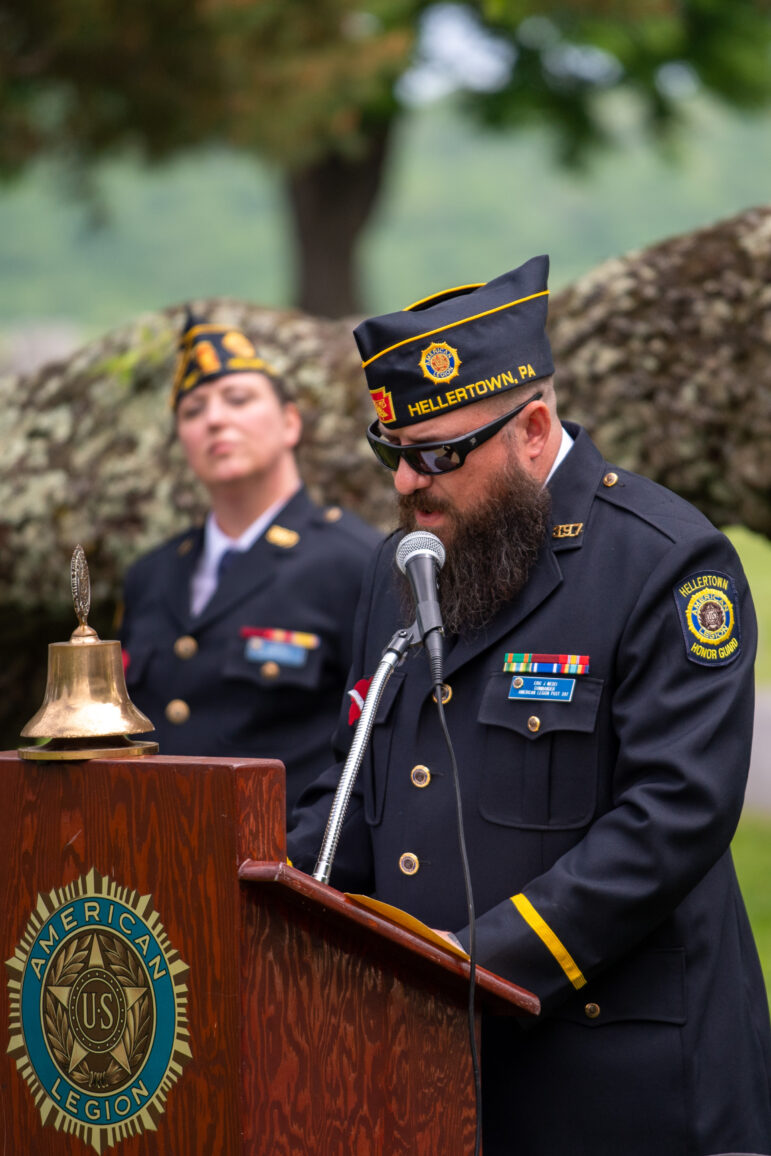 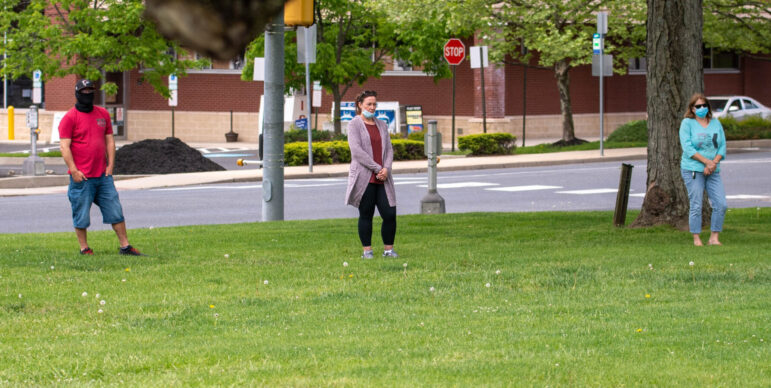 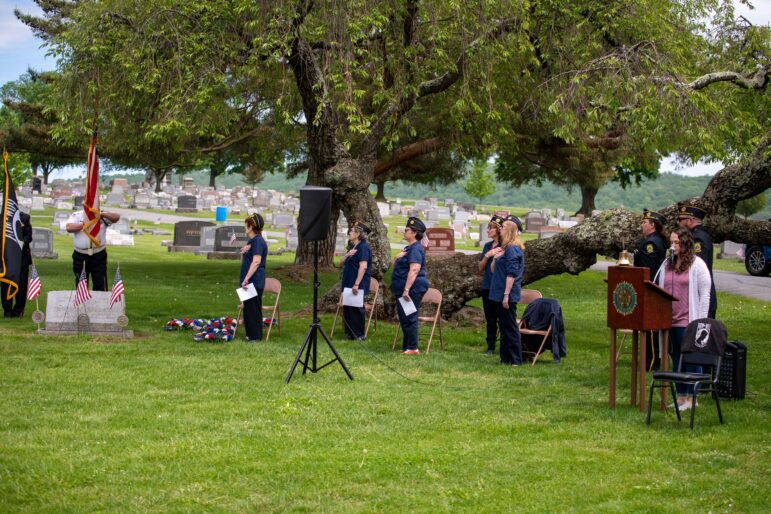 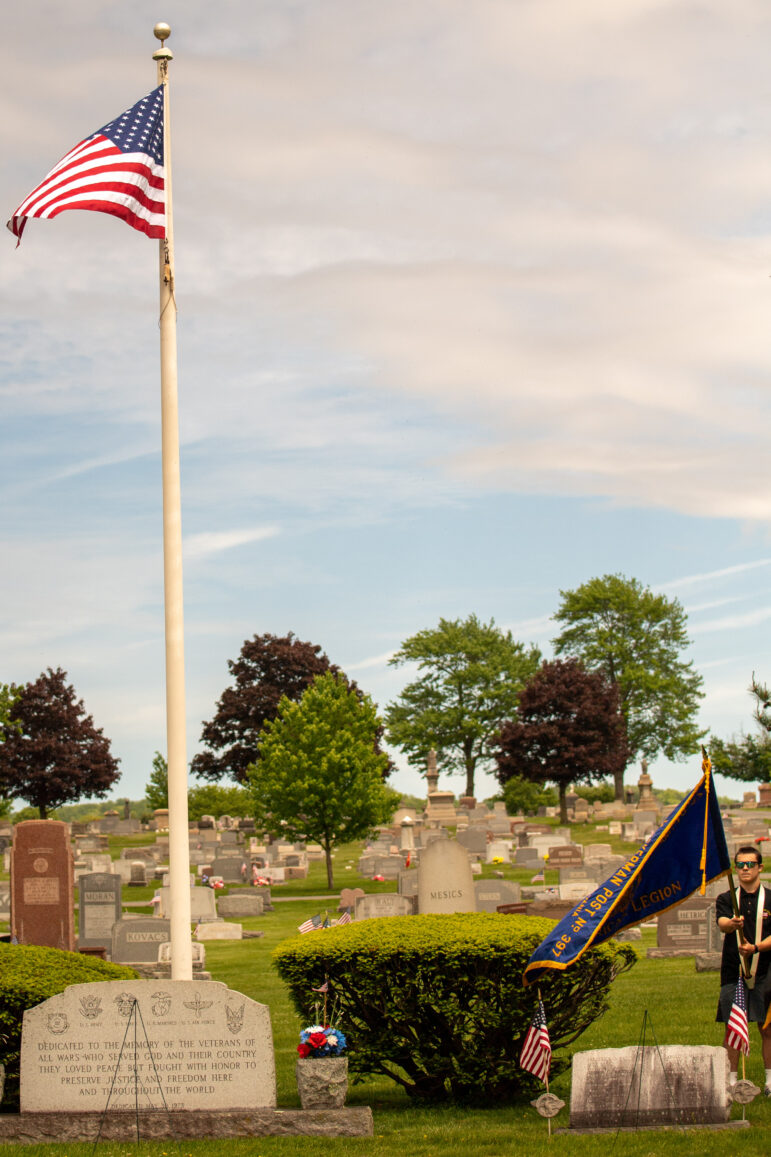 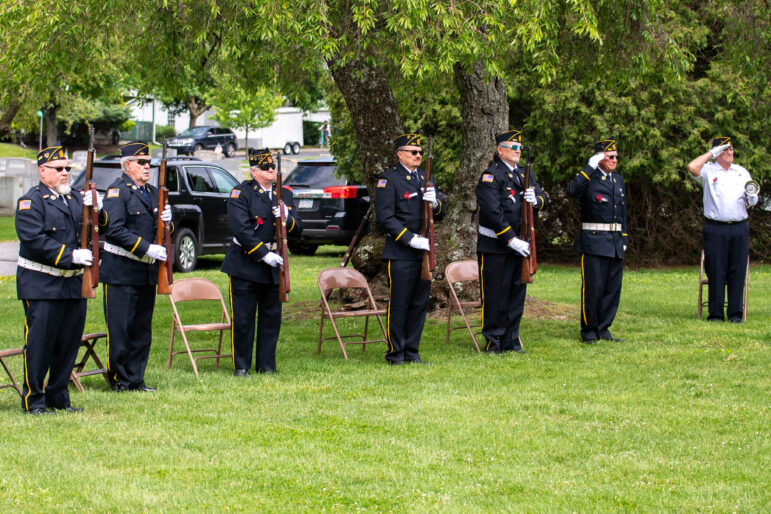 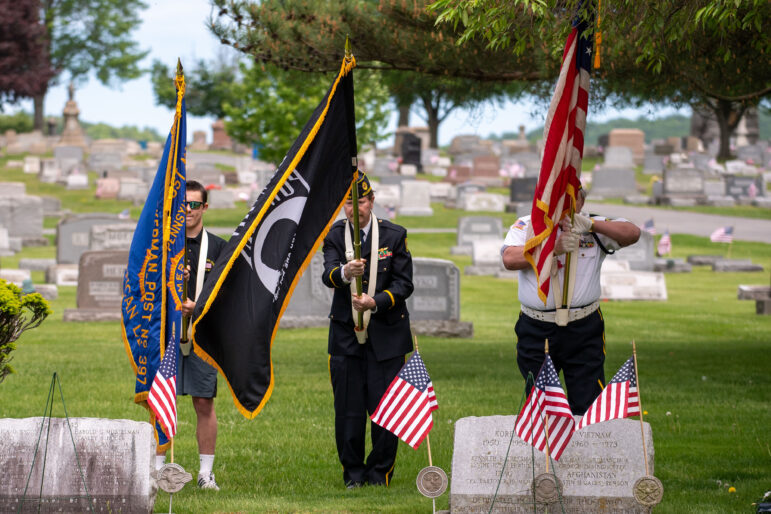 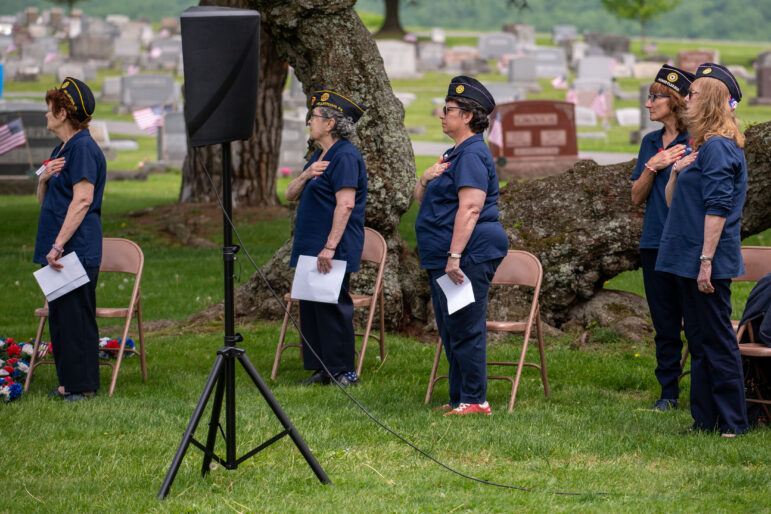 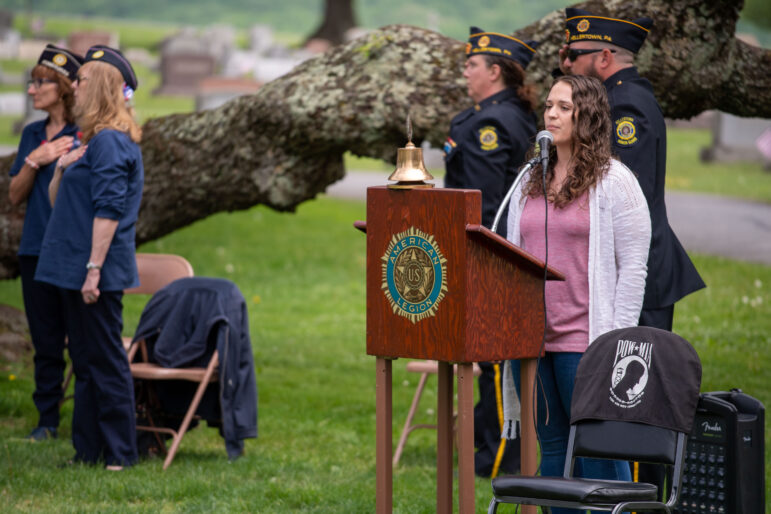 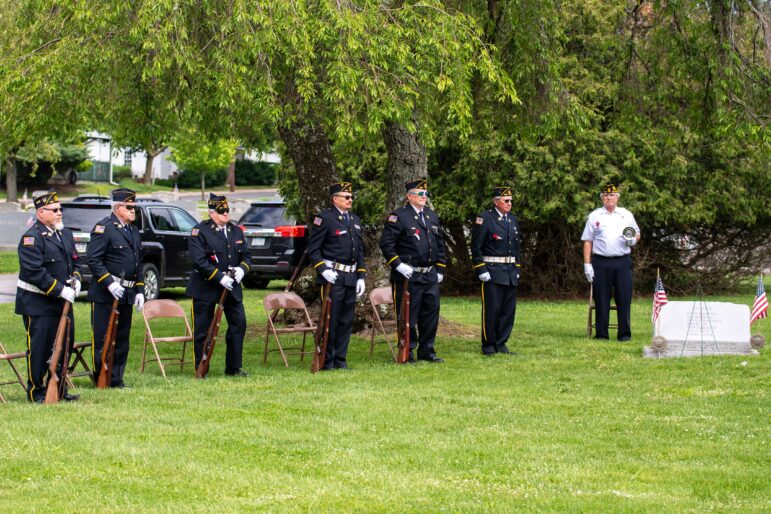 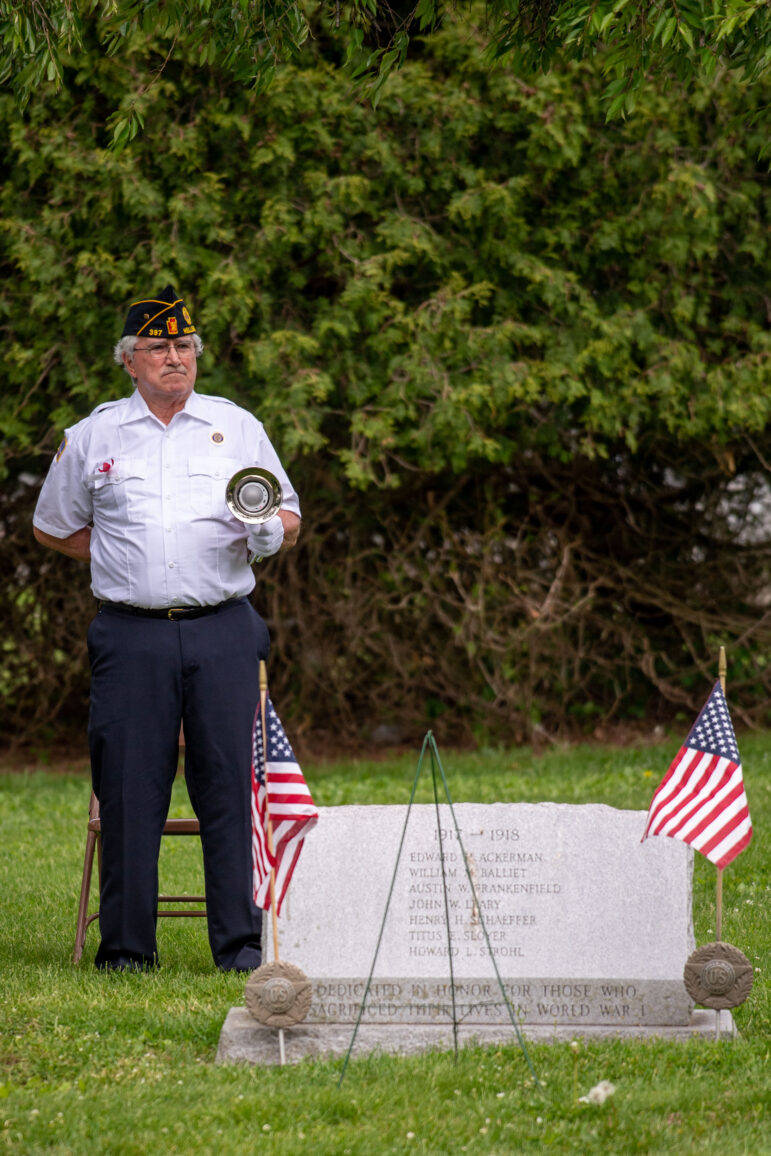 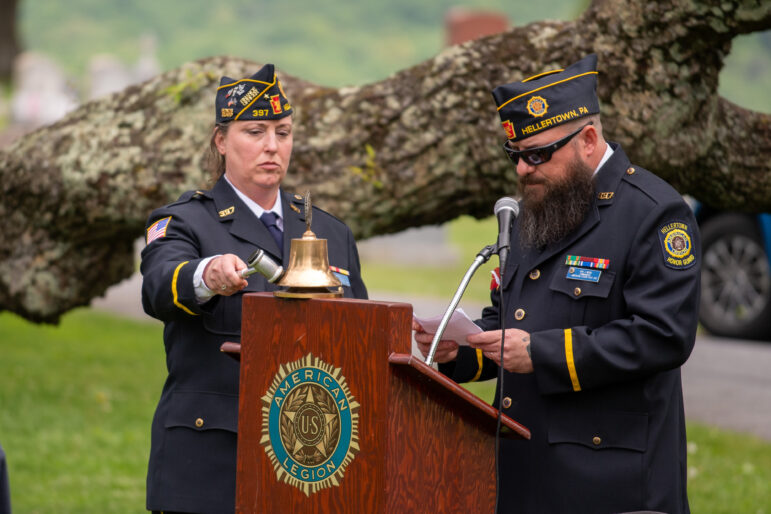 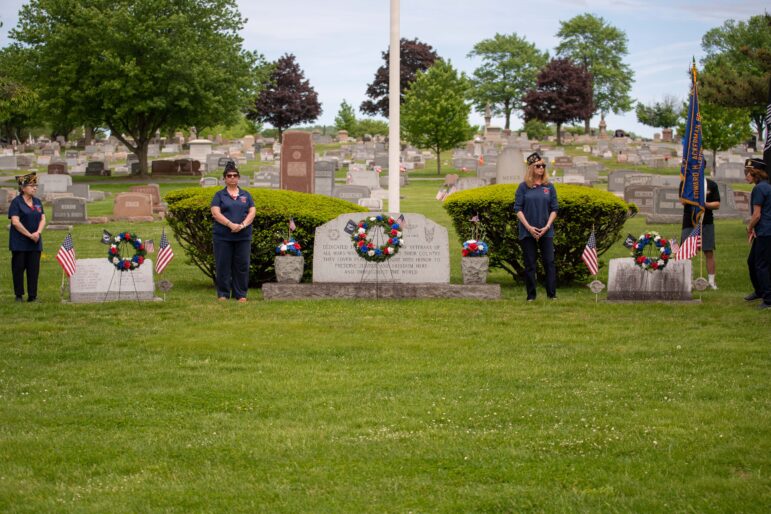 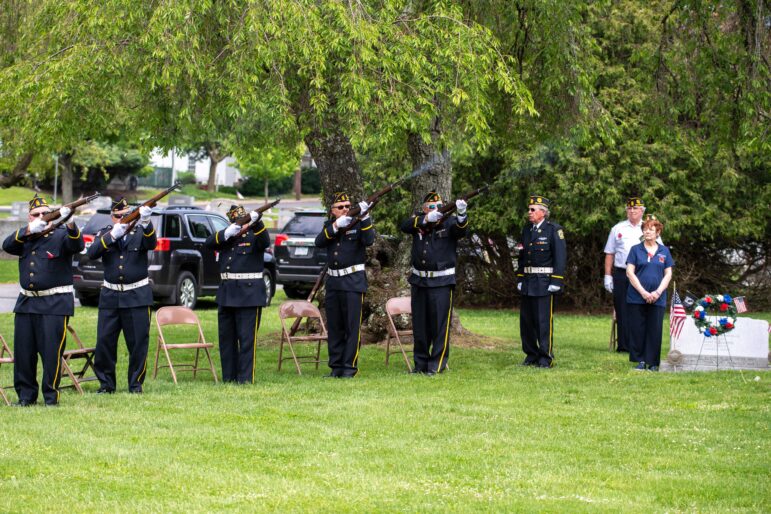 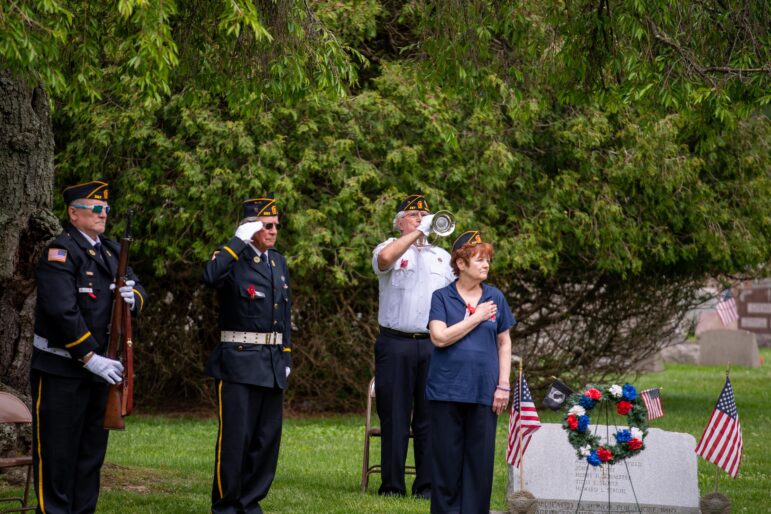 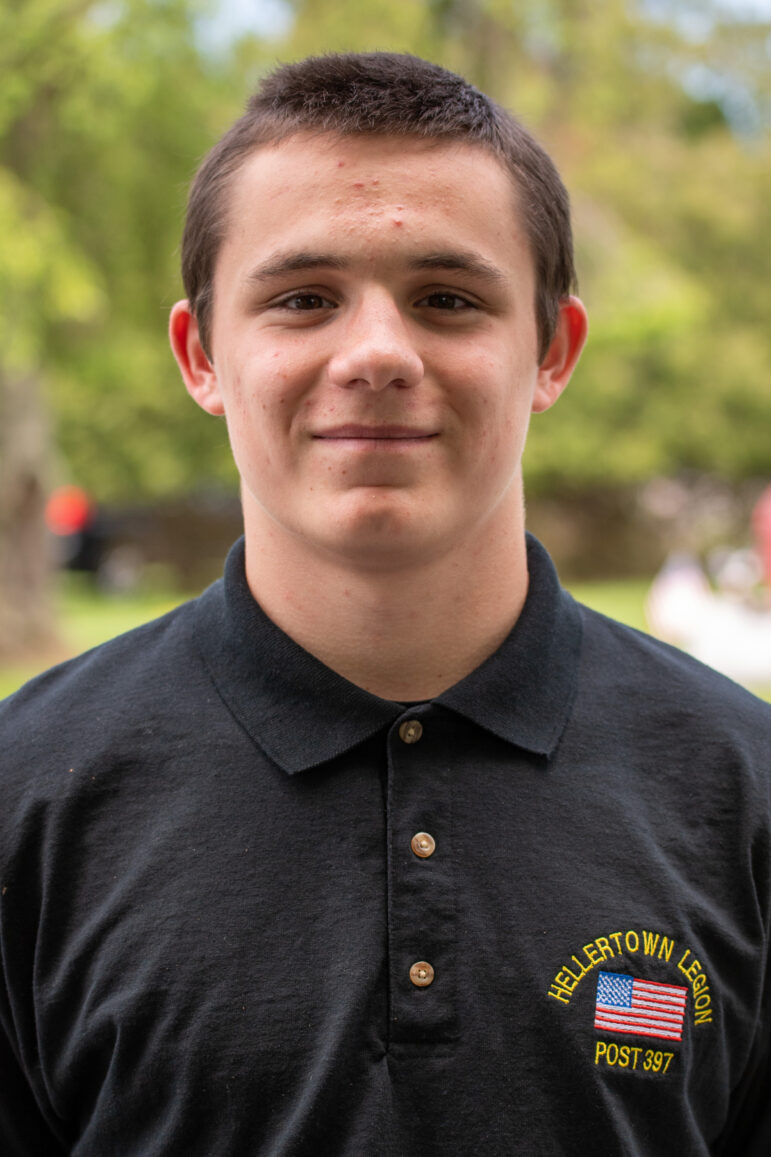