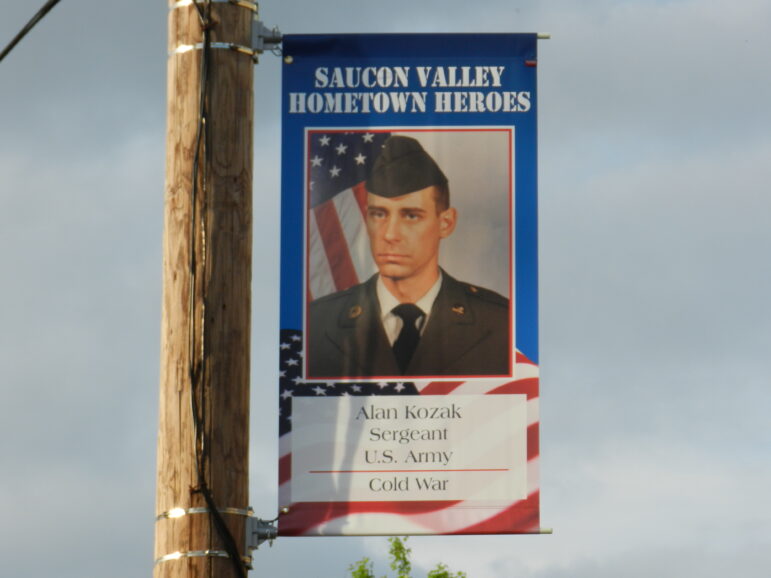 Sgt. Alan Kozak, who served in the U.S. Army during the Cold War, is one of dozens of local veterans now being honored by Hellertown’s Hometown Hero banner initiative. His banner hangs along Easton Road.

Just in time for Memorial Day weekend, when the service of those who have made the ultimate sacrifice defending America is honored, the Borough of Hellertown has hung nearly 50 Hometown Hero banners that salute its own.

The banners feature photos of Saucon Valley natives who have served both during peacetime and in various conflicts, from World War I up to the ongoing Global War on Terror.

The banner program was approved by Hellertown Borough Council last year and banners were purchased by individuals and businesses to honor loved ones who have served. They can now be seen on utility poles along Water Street, Easton Road and Walnut Street.

“It goes to show all of us that our great community has served our country through generations and continues to do so until this very day,” borough officials said in an email about the Hometown Hero banner initiative Sunday. “As we enter another Memorial Day Weekend in one of the most trying times in generations we need to pause and remember that Memorial Day is not just a day for picnics or parties. It’s a day to remember and honor the sacrifice of our uniformed men and women who’ve died in service to our nation.” 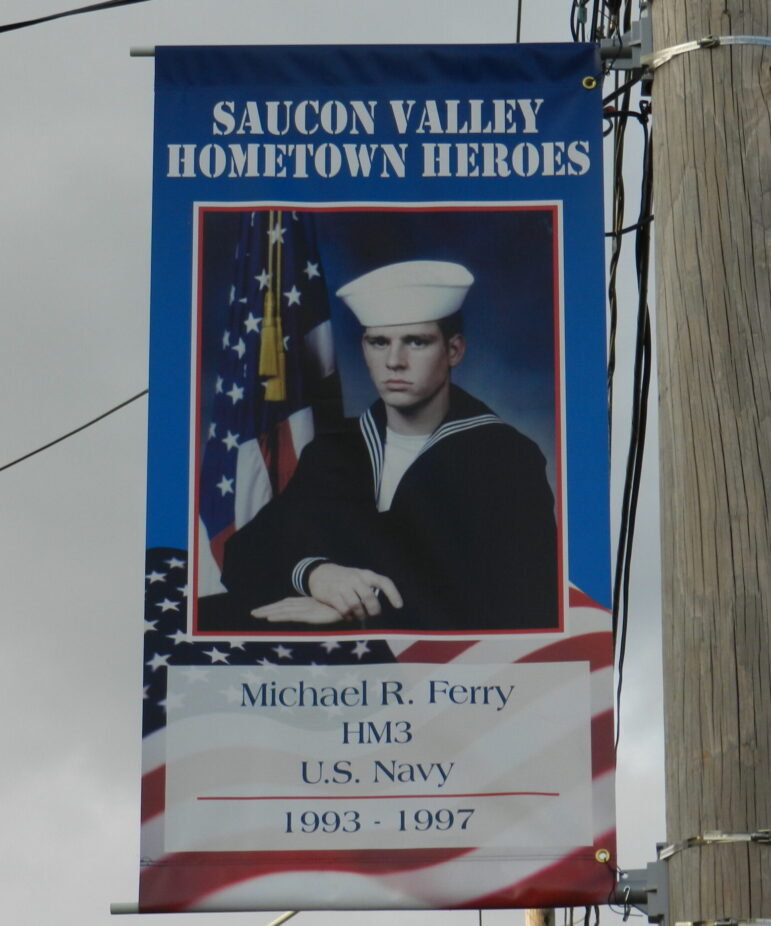 Both living and deceased veterans are honored by the banner program, which was organized with the Edward H. Ackerman American Legion Post 397 of Hellertown.

The veterans who are pictured on them are:

The form to use to apply for a Hometown Hero banner along with more information about the program may be found on the borough website. 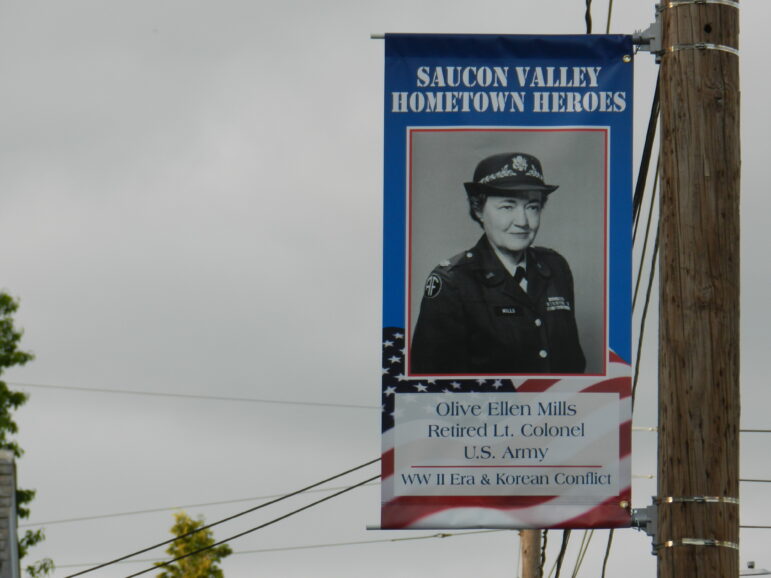 The only woman to be featured on a Hometown Hero banner (so far) is Lt. Col. Olive Ellen Mills (Ret.), U.S. Army, who served during the World War II era and in the Korean conflict. Her banner is hung along Easton Road in Hellertown.