(The Center Square) – A new report shows Pennsylvania liquor sales in June lagged far behind other controlled states across the country, following a downward trend that’s persisted since the onset of the pandemic.

An analysis from the National Alcohol Beverage Control Association (NABCA) found that nine-liter spirit case sales declined 4.6 percent in Pennsylvania in June, while climbing an average of 13.1 percent across the 16 other controlled states tracked by the association. Some states–like Mississippi, West Virginia, Wyoming, Iowa, Montana and Alabama–saw sales grow between 22 percent and 55 percent.

Pennsylvania also saw double digit sales declines in March, April and May after the Pennsylvania Liquor Control Board shut down 600 Fine Wine and Good Spirits locations in accordance with Gov. Tom Wolf’s statewide restrictions on economic and social activity.

NABCA’s conclusions mirror a report from the state Independent Fiscal Office that said June liquor tax revenue declined 5.3 percent. In total, tax collections trail 2019 by $16 million, according to the IFO.

In April, the PLCB rolled out online ordering, home delivery and curbside pick up as it slowly recalled liquor store workers back to work. The overwhelming demand tied up phone lines and jammed the agency’s website, generating more than $3.4 million in sales during its first four days of operation.

Combined online and curbside sales completed between April 1 and April 23 exceeded $7.1 million–a 42 percent increase over total sales recorded in the 2018-19 fiscal year, according to the PLCB. 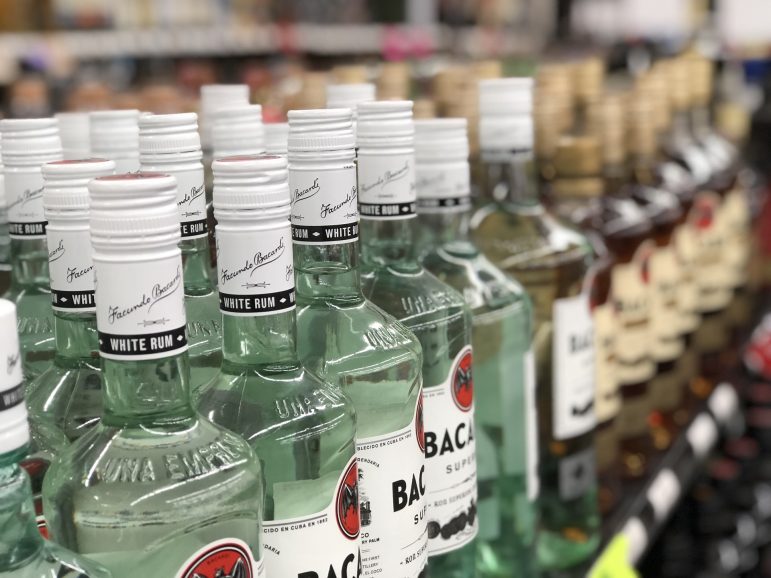 Pennsylvania has had one of the most tightly regulated systems of alcohol sales in the U.S. since the 1930s. (FILE PHOTO)

Shawn Kelly, a PLCB spokesperson, told The Center Square Wednesday that despite the success of the new sales options, the revenue generated only accounted for 40 percent to 50 percent of the system’s normal retail sales.

In June, Kelly said, sales lagged because more than 30 percent of liquor stores remained curbside-service only and several Philadelphia locations were damaged or destroyed during the civil unrest that resulted from protests over police brutality and systemic racism.

“After particularly destructive incidents, affected stores were closed for days or weeks for cleanup, with a couple of damaged Philadelphia stores still closed,” he said.

Kelly confirmed that June sales came in $2.6 million behind last year, with yearly sales down $102 million–or about 4 percent. Even though the system is recovering, the PLCB still expects to end the year behind.

“Typically, our year-over-year sales break records,” he said. “This will not be the case in (fiscal year) 2019-20. During the public health crisis, we did break records in terms of e-commerce sales volume and transactions.”

While the pandemic restrictions explain the steep decline in sales, Commonwealth Foundation analyst Tirzah Duren said Pennsylvania’s lagging recovery illustrates how tightly the state controls its alcohol sales–and not for the better.

“Local small businesses, including restaurants, hotels, shops, event planners, wineries, and distributors, are all constrained in some way by a bureaucracy,” she said. “The fact that the governor could stop over 90 percent of liquor sales on a whim shows just how much of a grip the PLCB has on so much of Pennsylvania’s economy.”

The free market think tank said the numbers demonstrate why lawmakers must pass bills that would privatize the state-run system and loosen restrictions on who can sell wine and liquor–including hotels and beer distributors.

“It’s dumbfounding that Pennsylvania’s wine and liquor industry is still controlled by a government liquor monopoly,” Duren said. “Forcing an entire sector of our economy to be funneled through this archaic system kills jobs, hurts small businesses and makes our state deficit problem even worse–and this is demonstrated in the data.”

The Center Square fulfills the need for high-quality, publicly available statehouse and statewide news across the United States. The Center Square is staffed by editors and reporters with extensive professional journalism experience who engage readers with essential news, data and analysis–delivered with velocity, frequency and consistency. The Center Square was previously called Pennsylvania Watchdog and PA Independent.