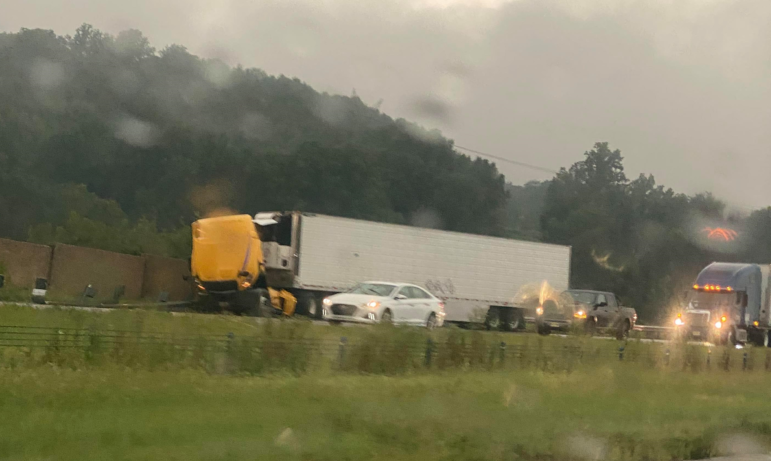 Traffic appeared to be getting around a wrecked tractor-trailer on I-78 eastbound in Lower Saucon Township Thursday evening. Police, fire departments and EMS crews responded to the accident scene along the highway at around 7 p.m.

Sirens wailed throughout Hellertown as police, firefighters and emergency medical personnel responded to a wreck involving a tractor-trailer on I-78 eastbound in Lower Saucon Township shortly after 7 p.m. Thursday.

The accident occurred as a severe thunderstorm was moving through the area, although it is unclear what caused it or if anyone was injured in it.

A witness provided a photo that appears to show extensive damage to the truck’s cab.

At least one lane of traffic appeared to be getting around the disabled tractor-trailer.

Note: This is a developing local news story. Information may change as a result.