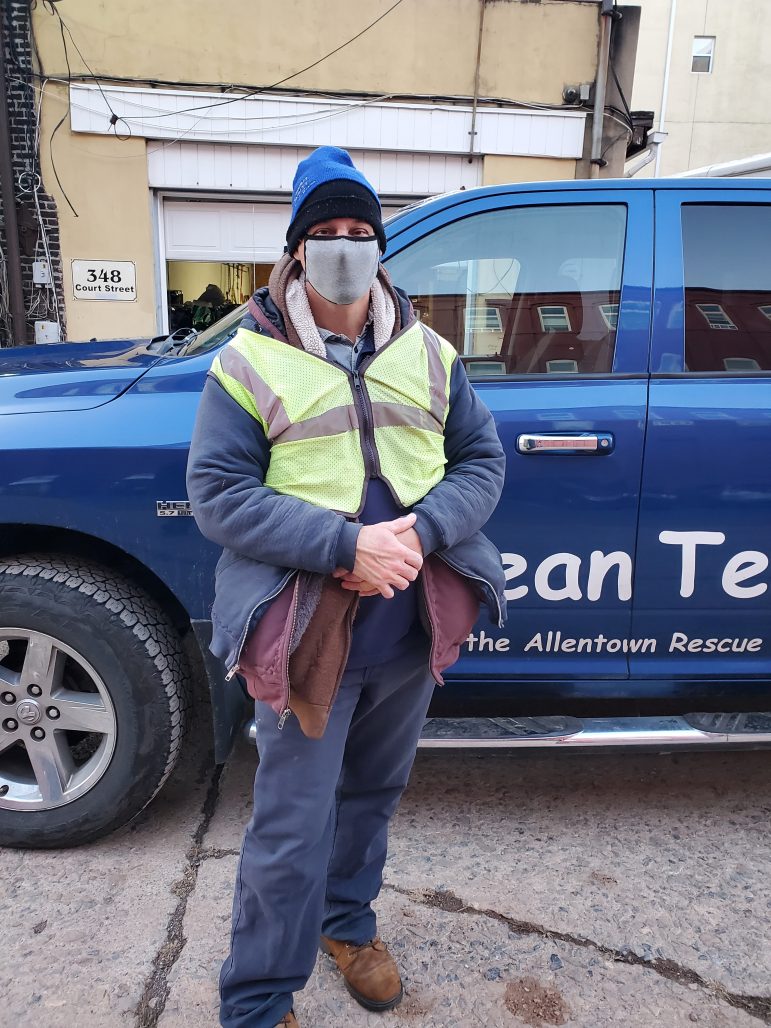 Donald D., who works at Waste Connections’ Bethlehem Landfill in Lower Saucon Township, is the Allentown Rescue Mission’s Clean Team Member of the Month for December. The Clean Team is a transformative workforce development program for residents of the Rescue Mission, which has been helping homeless men get back on their feet since 1900.

A local man who has faced the challenge of being homeless is enjoying a happier holiday season thanks to his friends at the Allentown Rescue Mission and his employer, Bethlehem Landfill in Lower Saucon Township.

Donald D. was recently recognized for his work ethic and professionalism by being named the rescue mission’s Clean Team Worker of the Month for December 2020.

The Allentown Rescue Mission’s Clean Team is a workforce development program whose members are available to hire for residential and commercial customers.

“Participants are paid above Pennsylvania state minimum wage and perform real work in the community while learning valuable life skills and workplace values that are essential to success,” the ARM website notes. “Clean Team participants save money in Allentown Rescue Mission supervised custodial accounts. Typically, Clean Team participants move on to re-employment in a full-time job outside of the Clean Team. They accumulate enough savings to fund the first and last month’s rent for an apartment in the community–completing the transformation from unemployed, homeless to employed, independent living.”

Donald’s journey with the Allentown Rescue Mission began in 2011 when he lost the job he’d held for a decade.

A press release from ARM Community Relations Coordinator Stefanie Appel noted that while Donald and his twin brother had been living together since high school, without his job they were unable to make ends meet and eventually found themselves homeless.

“Both Donald and his brother entered the Allentown Rescue Mission’s Transformation Program,” it said. “After graduation, they worked on the Clean Team and moved into apartment housing. Eventually, they were able to secure permanent jobs in the private sector.”

At the end of 2019, Donald again fell on hard times and found himself in need of a job.

When the Clean Team heard about his situation, they offered him a job based on his previous graduation from the Transformation Program and “high caliber work on the Clean Team,” the news release noted. Donald accepted the offer and has been working on the Clean Team for the past year.

After working for the City of Allentown cleaning streets, Donald moved on to working at Bethlehem Landfill, a facility in Lower Saucon Township owned by Waste Connections.

“The two top 10 workplace values that Donald demonstrates daily are being prompt and ready to work,” Appel’s news release noted. “The quality of his work has earned him good performance reviews from his supervisor at the Bethlehem Landfill.”

“I like working with the guys out there at the landfill,” Donald said. “Everyone is good to me. I don’t have any problems working there.”

Donald is grateful and making the most of this opportunity, working hard and currently saving money for the future.

To learn more about the Allentown Rescue Mission or make a donation, please click here.