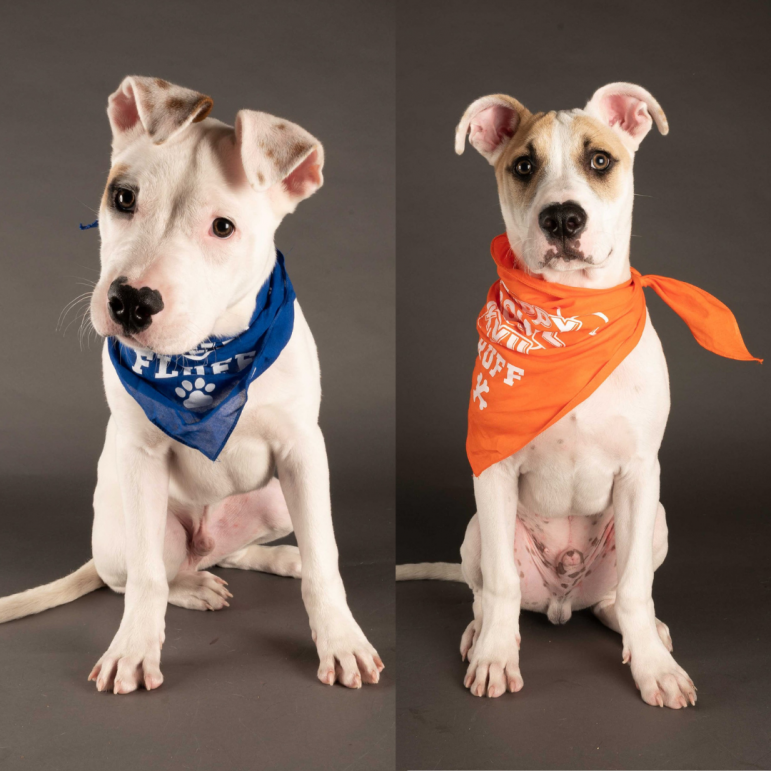 The Center for Animal Health and Welfare has put dogs in the nationally-televised Puppy Bowl for four years. This year’s players will include brothers Ray and Patrick, who are housed at the Williams Township shelter while they await forever homes.

The Williams Township-based Center for Animal Health and Welfare this year sent canine brothers Ray and Patrick to battle it out for the title of Puppy Bowl Champions.

This is the fourth time the shelter has provided “athletes” for the televised event, director Kelly Bauer said.

Puppy Bowl XVII will be broadcast on Discovery+ and Animal Planet beginning at 2 p.m. on Super Bowl Sunday.

The three-hour taped event will see Patrick competing on Team Ruff and Ray on Team Fluff, with the winning team being awarded the “Lombarky” trophy.

Cat lovers won’t be left out of the show, though. Watching the Puppy Bowl from the Friskies Temptations Sky Box will be feline friends from the Center for Animal Health and Welfare, including kittens Nebula, Ginger, Gilligan, Maryann, Skip, Toby and Professor.

A total of 68 puppies from 21 shelters and rescues will compete in the Puppy Bowl, which will have play-by-play announcing by Monday Night Football’s Steve Levy and commentary from ESPN SportsCenter host Sage Steele. Referee Dan Schachner will call penalties and celebrities including Kristen Bell and Valerie Bertinelli will help cheer for the players.

Founded in 1913, the Center for Animal Health & Welfare is a nonprofit, no-kill adoption facility that places hundreds of dogs and cats in loving forever homes each year. With programs such as its Friends of Fred reading program, Dog’s Day Out and individualized adoption plans, the Center for Animal Health & Welfare strives to be more than just a roof over the heads of the community’s homeless pets.