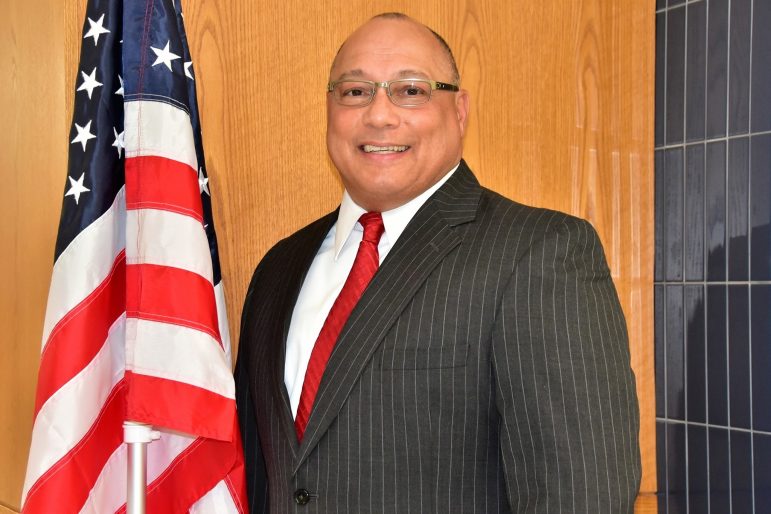 Former Bethlehem law enforcement officer Van A. Scott Sr. has announced his campaign for district judge in Fountain Hill and West Bethlehem. The seat is running to fill was held by the late Wayne Maura, who died unexpectedly in November.

A former law enforcement officer and Bethlehem resident has announced his candidacy for district judge. Van A. Scott Sr. is seeking the seat previously held by the late Magisterial District Judge Wayne Maura, who died unexpectedly in November.

A lifelong Bethlehem resident, Scott said he’s been a resident of the district for 21 years.

Following service in the U.S. Army immediately after his graduation from high school, Scott began his law enforcement career as a corrections officer at Lehigh County Prison, according to a biography included with a news release about his candidacy.

“During his career of more than 20 years in the police department, he moved up through the ranks, retiring as a detective sergeant in the investigations unit,” the news release said. “While with the Bethlehem Police Department, Scott worked with diverse populations, serving at Liberty High School and East Hills Middle School as the resource officer and drug elimination officer with the Bethlehem Housing Authority.”

It added that Scott also implemented and hosted a block watch program in the area of Liberty High School area.

Scott is currently enrolled in the Master of Education program at Temple University and teaches at DeSales University and Lehigh Career & Technical Institute.

He listed Northeast Ministries, Bethlehem Boys and Girls Club, Lehigh Valley Habitat for Humanity, Pennsylvania State Police Troop M Cadet Camp, City of Bethlehem Junior Police Academy and the City of Bethlehem Citizens Academy among the local organizations or groups to which he volunteers his time.

“The safety and equality of the community and its residents have always been a priority to me,” Scott said. “As your Magisterial District Judge, my experience and education will allow me to relate, interpret and apply the law accordingly with common sense and fairness.”

Pennsylvania’s primary election will be held Tuesday, May 18. The last day to register to vote in the primary is Monday, May 3.

More information about Scott and his campaign may be found on his Facebook page as well as his campaign website.