Richland Township Police announced on Crimewatch Wednesday that they are investigating recent retail thefts at the Target store on Rt. 309 near Quakertown.

In the first case, police said two unidentified men entered the store around 8:50 p.m. March 3 and proceeded to steal 17 packages of Lumify brand eye drops along with two 40-inch TVs and a soundbar. Altogether, police said the shoplifted items are valued at nearly $950.

Police released several surveillance images of the suspects in the March 3 case. 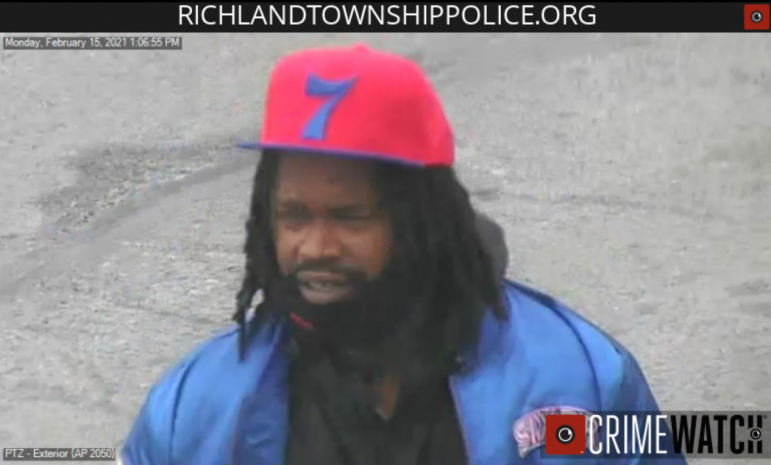 Richland Township Police say the man pictured above is a suspect in a retail theft incident that occurred at Target March 3. 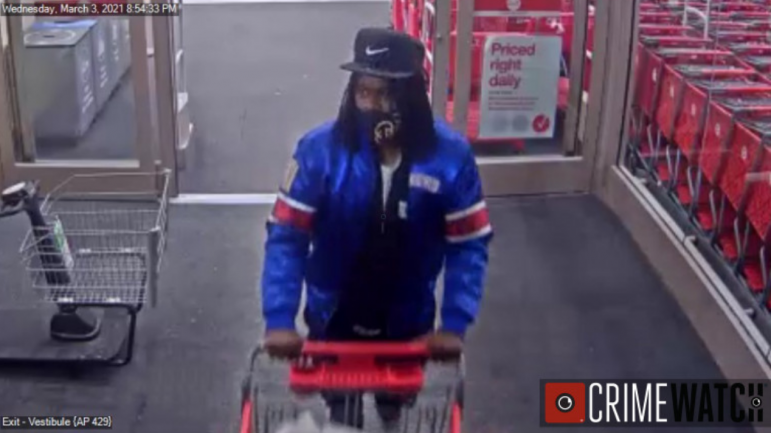 Richland Township Police are hoping members of the public can help them identify the men pictured in the store surveillance images above and below. They are suspects in a March 3 shoplifting incident that occurred at the Rt. 309 Target. 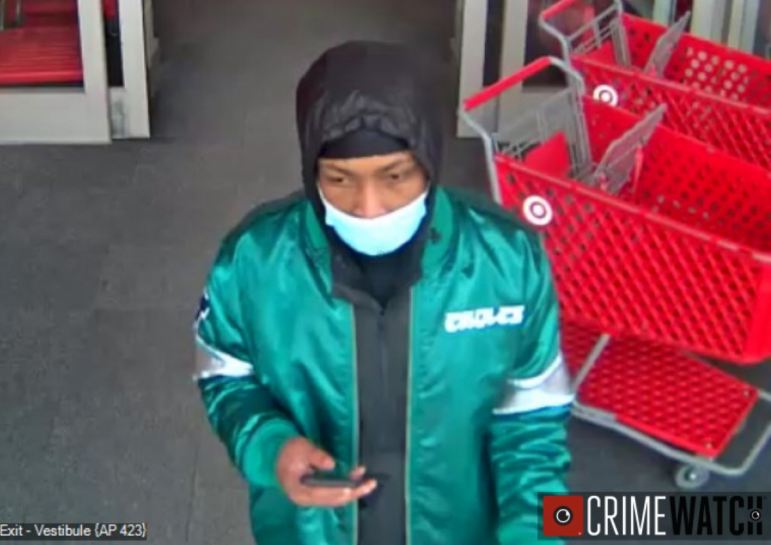 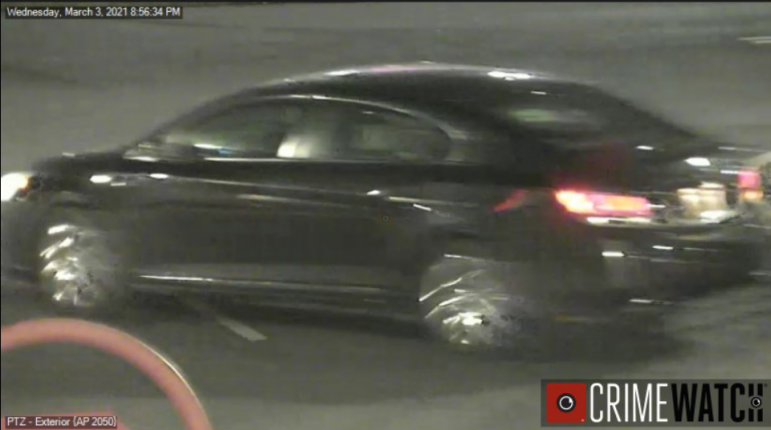 Police say the men fled the area in a black Toyota Camry bearing an unknown registration.

Police said the two men fled the area in a black Toyota Camry bearing an unknown registration. Anyone with information about them should call Richland Police at 215-536-9500 or their anonymous tip line at 215-536-6967, or submit a tip on Crimewatch.

In a second case being investigated by the department, Richland Police say there are two male suspects and one female suspect.

During three separate visits to the store between March 13 and March 17, the trio allegedly stole approximately $6,400 worth of merchandise, according to police.

Police said that on March 13 and 14 they fled in a 2007 white Chevy Tahoe, while on March 17 they left the area in a vehicle that may have been a white Nissan Armada.

“Both males have reportedly hit multiple Target stores in March in Chester, Delaware, Montgomery and Philadelphia counties, as well as a Target store in New Jersey,” police said.

Police released the surveillance images of the suspects below on their Crimewatch site. 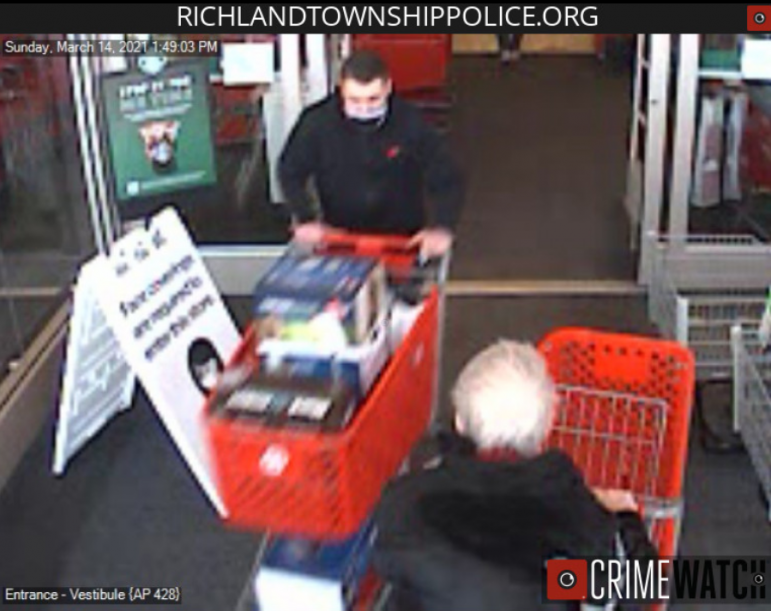 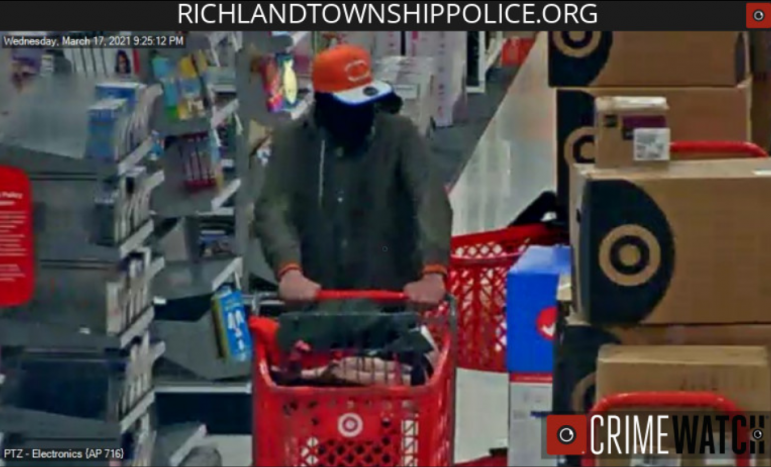 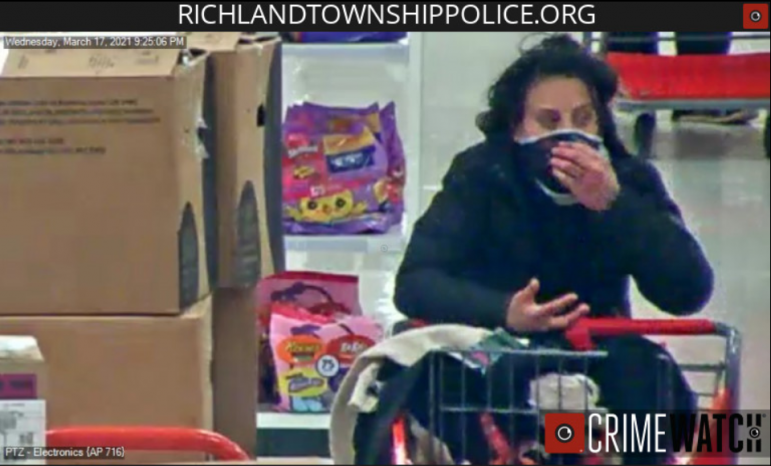