First off, let me be upfront about the fact that I think there are plenty of useless studies published and that the most interesting part of some of them is that they managed to get funding in the first place. As parodied in the Onion: “New Study Shows 85 Percent of Americans Do Not Know All of the Dance Moves to the National Anthem.”

I’m not here to write about a study stating the obvious: people enjoy spring weather. Anyone who has stepped outside on a beautiful spring day, especially here in the Lehigh Valley, knows how wonderful a time of year this is. According to science, I would like to shed some light on researched and documented proof as to why this particular season we are just entering into is proven to be one of the best times of the year to be outside.

For a bit of background, the University of Michigan conducted a study later published in Psychology Today. Part of the U of M thought process in initially coming up with the study’s concept and parameters tied into Seasonal Affective Disorder, commonly (and fittingly) referred to as SAD. It’s well-accepted that colder temperatures contributed to the symptoms of those afflicted by SAD. It was also believed that there was not an opposite correlation with simply being in warmer weather. Between the opposing ends of cold and warm days and the mental effect on us, there was a lot of unknown territory to be explored, and the University of Michigan signed on for the fact-finding mission. 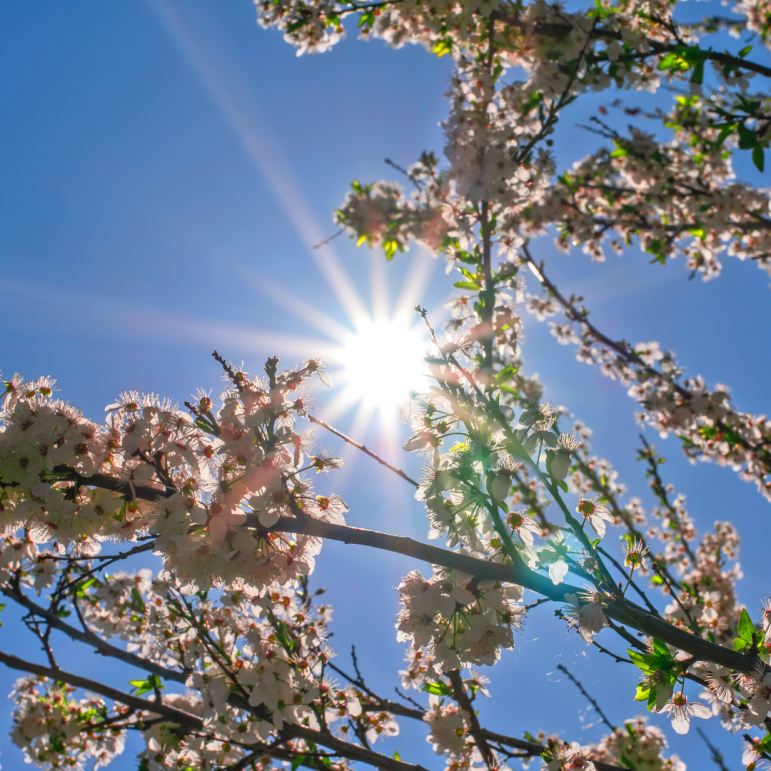 Do you feel better after a walk outside in the spring sunshine? According to scientific studies, if you do, it’s not by accident.

This study’s objective was to determine how being outdoors impacted three specific areas: mood, memory and flexible thinking. This study involved 600 volunteers from around the U.S. and was conducted in three separate phases, which factored in various weather conditions, including temperatures and barometric pressures. Throughout the study, the participants were asked a series of test questions such as remembering number sequences and reviewing fictionalized performance reviews of co-workers. These experiments were conducted so that the subjects were tested in various scenarios that involved indoors vs. outdoors in a range of conditions.

The study’s final result has plenty of graphical data and arrow diagrams, but for the sake of keeping this on point, I’ll fast forward to the main headlines. The results were conclusive. The subjects who spent 30 minutes outside on days with high barometric pressure (typically associated with clear and sunny weather) demonstrated improved memory, mood and flexible thinking. Basically, a half-hour outside boosted brain power and happiness compared to the test group that stayed indoors. Also of note in the results was that the test groups required to stay indoors on days with optimal weather conditions showed a decrease in the measured categories. This finding was attributed to the fact that they were aware of being “cooped up” on a perfect weather day.

For further validation that this phenomenon was spring-related, the study revealed that the effects of outdoors vs. indoors were lessened at other times of the year, such as summer into fall. Also, there was a diminishing effect on the results as temperatures increased.

In summary, the study revealed the most significant benefits in memory, mood and thinking were gained by people who spent the previous months confined mainly to indoor activities and that the optimal temperature range for outdoor enjoyment was 67 to 72 degrees Fahrenheit.

As mentioned at the start of this, none of us need a study to tell us that it’s an excellent time of year to be outside, but if you’re looking for any extra motivation, this is it.  Making sure you get some daily fresh air is a simple and enjoyable way to boost productivity and do your mood and mind a favor.

Eric Bartosz is the founder of BAR40 and the author of the internationally-acclaimed book ‘BAR40: Achieving Personal Excellence.’ He lives in Center Valley with his wife Trish, daughter Riley and pug Piper, and serves the community as an Upper Saucon firefighter, a board member of Big Brothers Big Sisters of the Lehigh Valley and a local race organizer. Eric is a 20+ year runner and racer and can often be found logging miles on the Saucon Rail Trail. Read more of his columns here.