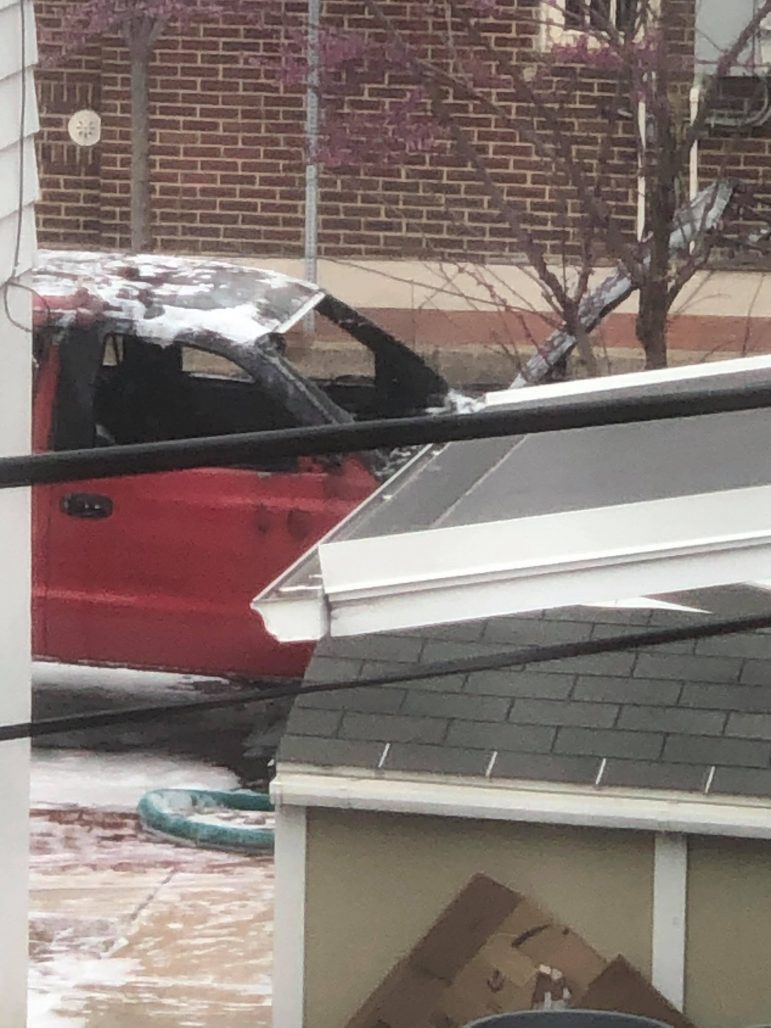 According to a witness, the pickup truck pictured above caught fire after it backfired and then “exploded” near the intersection of Main and Water streets in Hellertown Saturday around 1 o’clock in the afternoon.

Local volunteer firefighters raced to the scene of a truck fire at the intersection of Main and Water streets in Hellertown borough a little after 1 p.m. Saturday.

No injuries were reported and the blaze was quickly extinguished, but traffic in the area was briefly disrupted and the vehicle appeared to have been heavily damaged by the fire.

An eyewitness said the pickup truck was an older model vehicle and apparently caught fire after it backfired near the intersection, which is one of the busiest in the area.

The witness said the driver then pulled over and got out before the truck “exploded.” 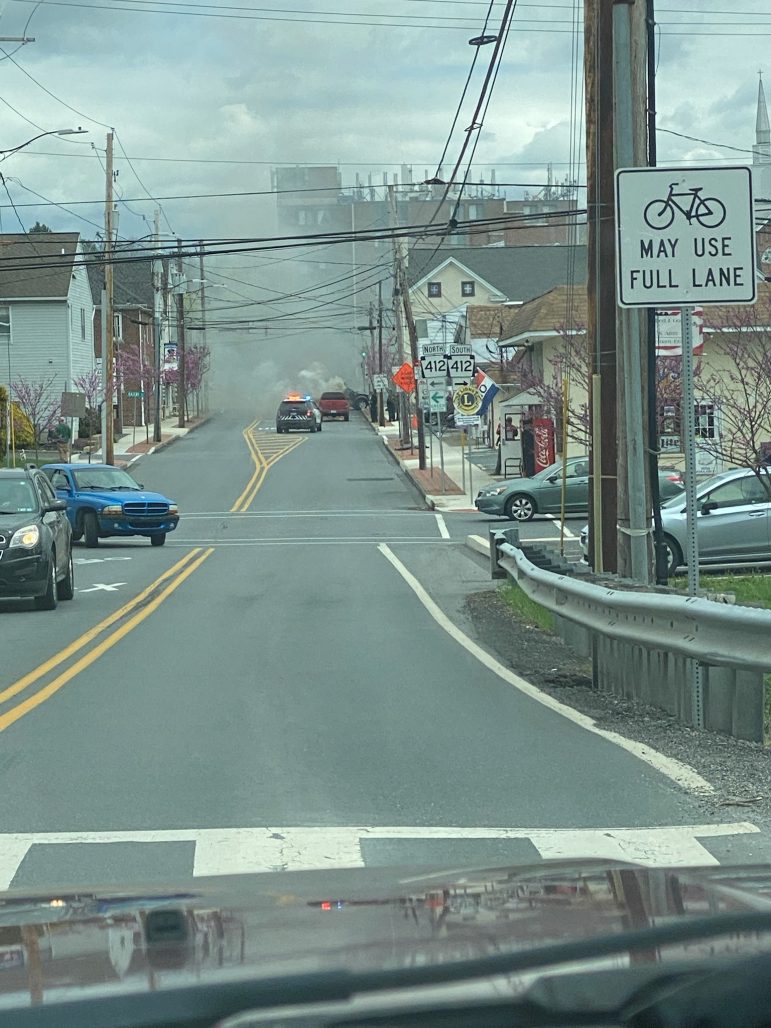 The mid-day truck fire necessitated a traffic detour around the intersection of Main and Water streets in Hellertown. The intersection is obscured by heavy smoke from the fire in this photo, which was taken on Water Street near the Saucon Rail Trail crossing, about a block-and-a-half west of Main Street (Rt. 412). 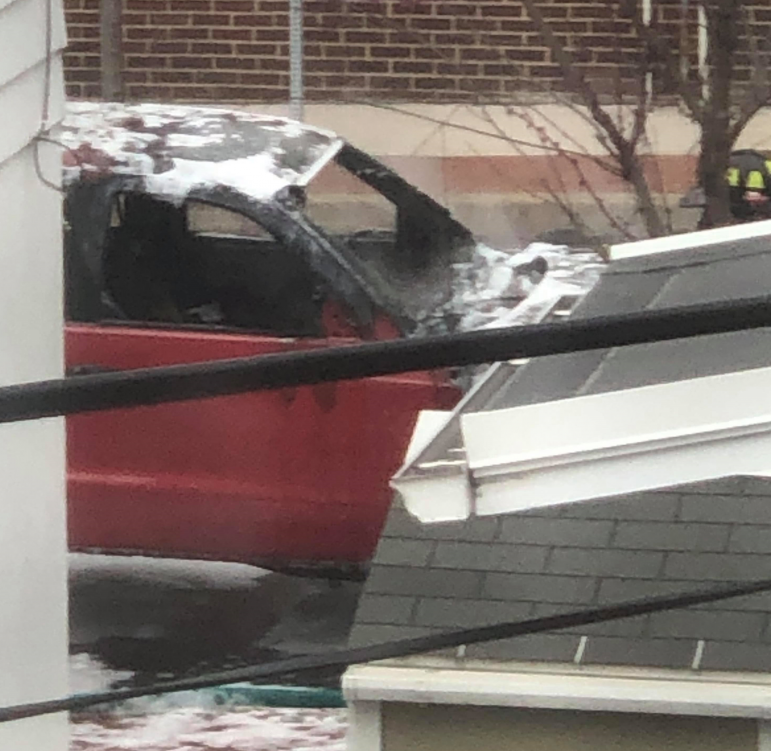 The pickup truck that caught fire on Water Street near Main Street appeared to be heavily damaged by the blaze that consumed it. Local volunteer firefighters extinguished the fire, which briefly disrupted traffic in downtown Hellertown.