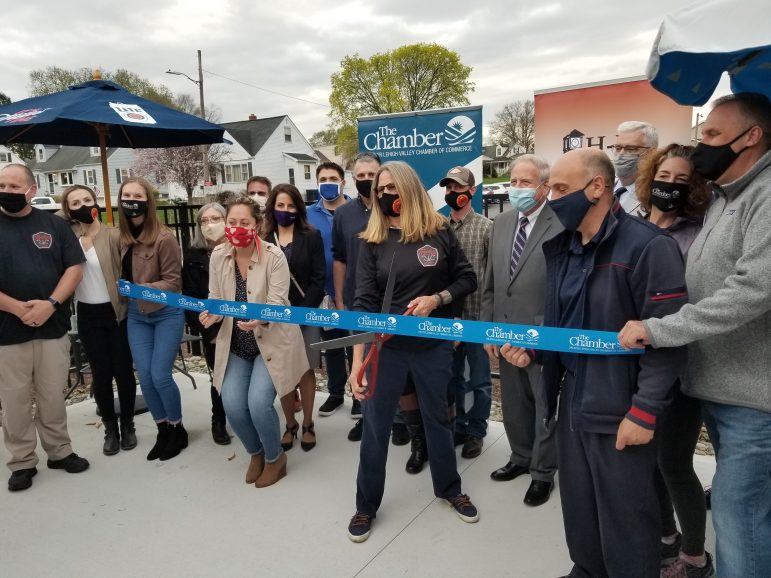 There was double the excitement at Hellertown’s Dewey Fire Company Thursday, as ceremonial ribbons strung by the Hellertown-Lower Saucon Chamber of Commerce were cut on a newly-renovated bar, Frontline at the Dewey, and by caterer Joe Stout.

Stout is the owner of ChefMeals, a catering and meal prep/delivery service that is based out of the fire company’s kitchen, and was joined by his family for the special occasion.

In addition to preparing the new Frontline at the Dewey food menu, Stout is also the caterer for the Dewey banquet hall, which was also recently refurbished.

Frontline at the Dewey is larger than the old bar was and is a non-smoking establishment open to members. New memberships were available for purchase at Thursday’s event.

Featuring both indoor and outdoor seating, the upgraded bar showcases fire company memorabilia in an atmosphere that feels up-to-date.

The bar’s new patio area served as the location for the ribbon-cutting ceremonies.

Dewey Fire Company president Gail Nolf stressed that the remarkable physical transformation was the result of a team effort involving many volunteers and supporters.

Mayor David Heintzelman and other elected officials were on hand to congratulate them on their efforts, which will benefit the entire community, since proceeds from the bar and banquet hall are used to fulfill the company’s mission of “neighbors helping neighbors.”

“We need you as much as you need us,” he added, “so I applaud all of those hard-working hands who have made a difference to this company as it stands today.”

State Rep. Bob Freeman (D-136) also spoke at the ribbon-cuttings and thanked the first responders present for their extraordinary efforts throughout the COVID-19 pandemic.

“It has been a particularly trying time…but they have been there for us,” he said.

More information about Frontline at the Dewey, the Dewey banquet hall and the fire company may be found at DeweyFireCo.org and on the company’s social media pages. 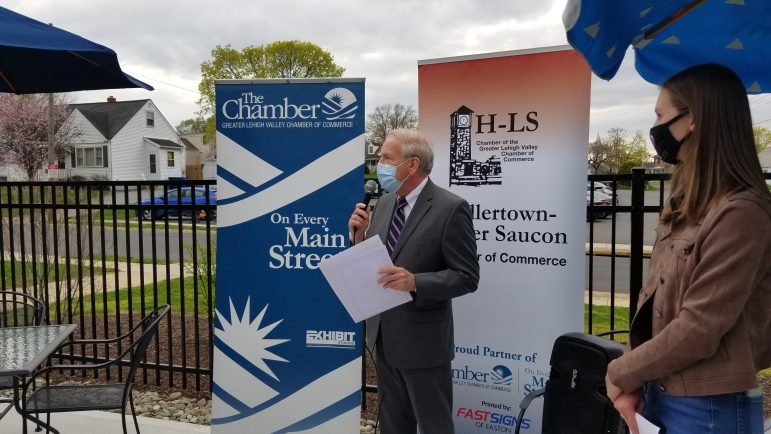 State Rep. Bob Freeman (D-136) thanked the Dewey Fire Company volunteers for their commitment to serving the community throughout the COVID-19 pandemic. 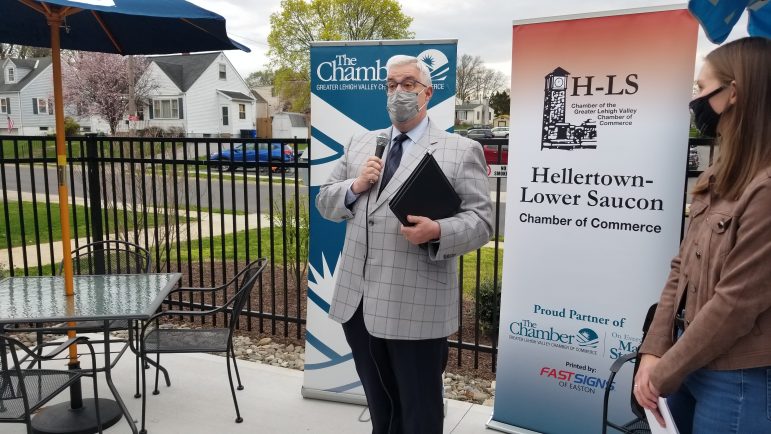 Hellertown Mayor David Heintzelman told guests that the ribbon-cutting for Frontline at the Dewey represented the start of a new chapter in the fire company’s long history. 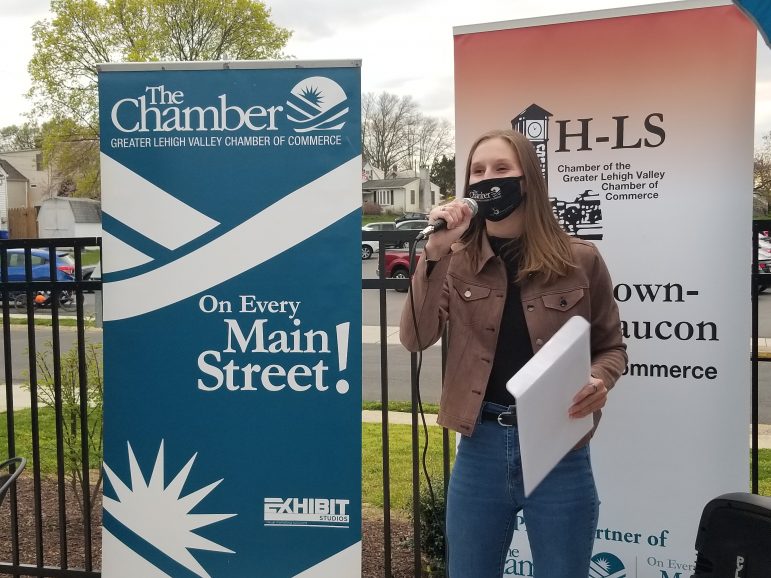 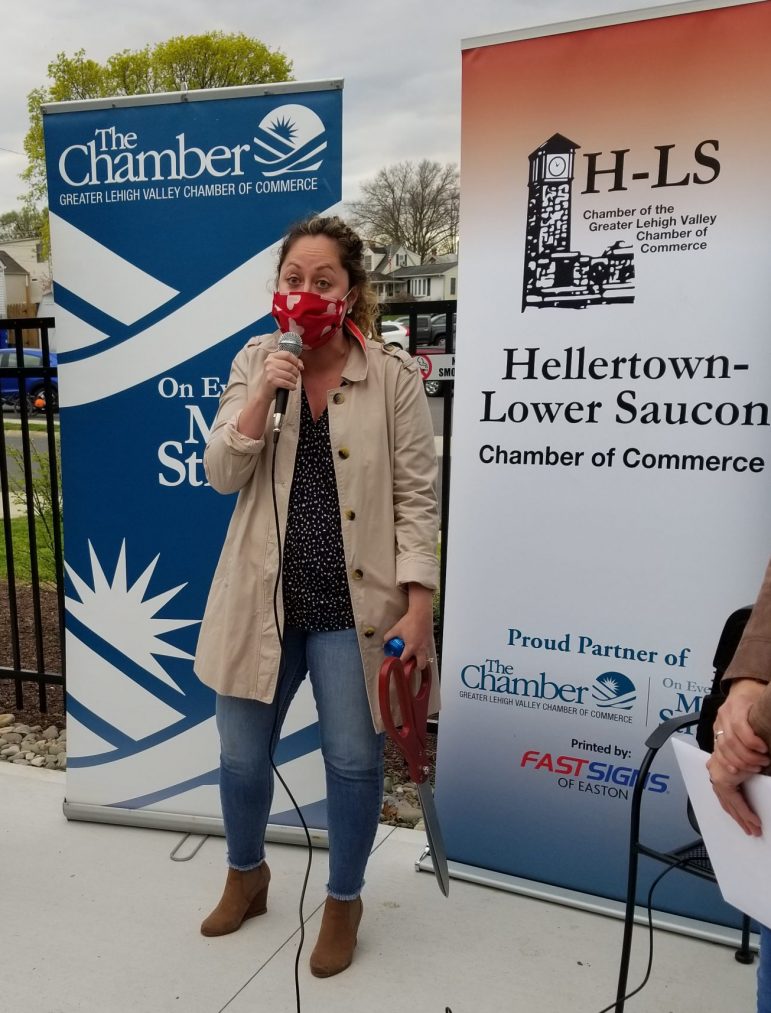 Executive Vice President for Affiliated Chambers at the Greater Lehigh Valley Chamber of Commerce, Jessica O’Donnell, speaks at the ribbon-cuttings. 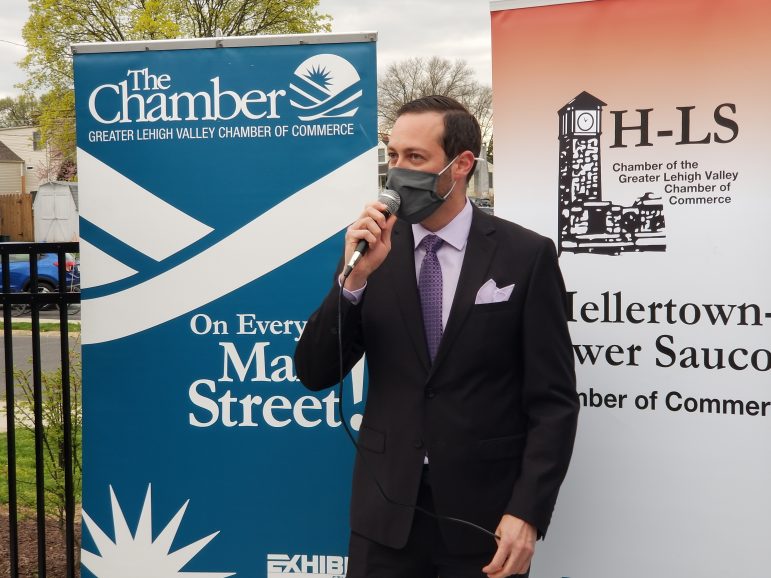 Hellertown-Lower Saucon Chamber of Commerce Chair Ricky Gower speaks at the Frontline at the Dewey ribbon-cutting. 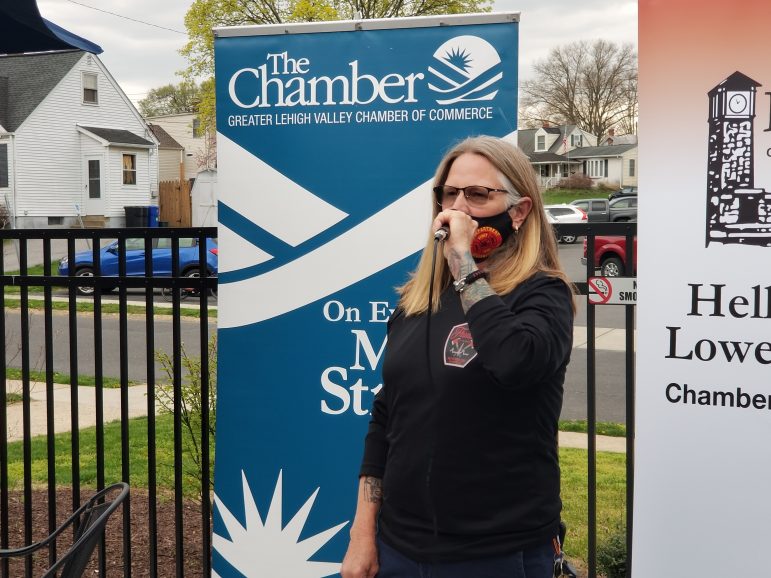 Dewey Fire Company President Gail Nolf said the amazing transformation of the bar and banquet hall could not have happened without a strong team effort. 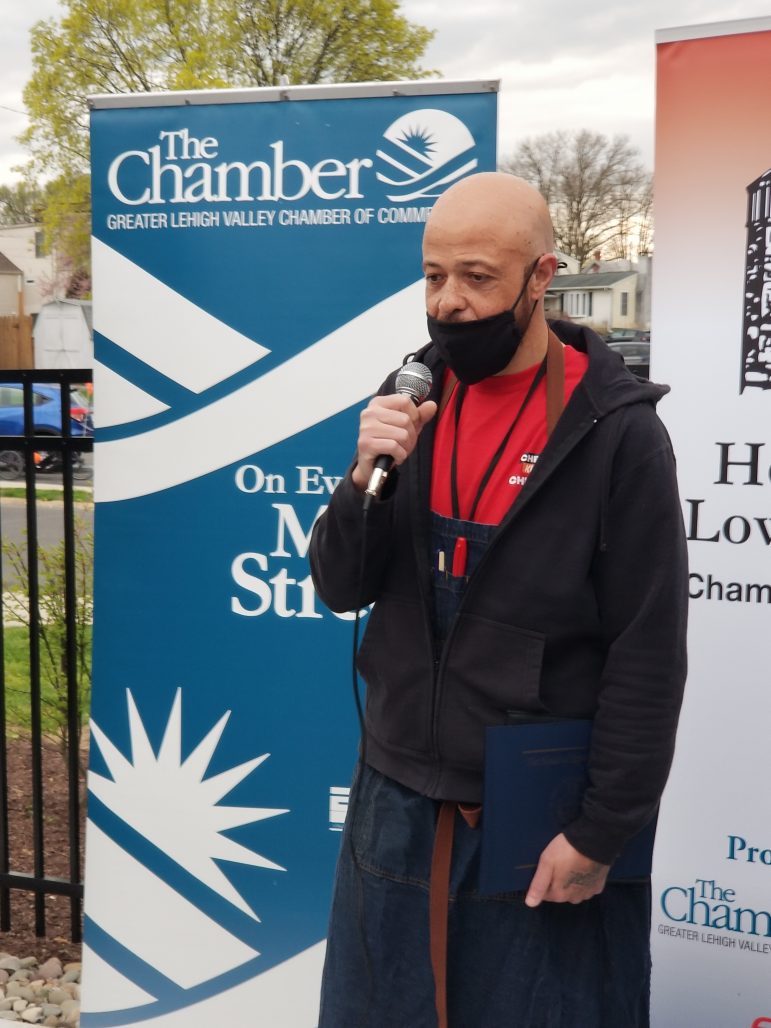 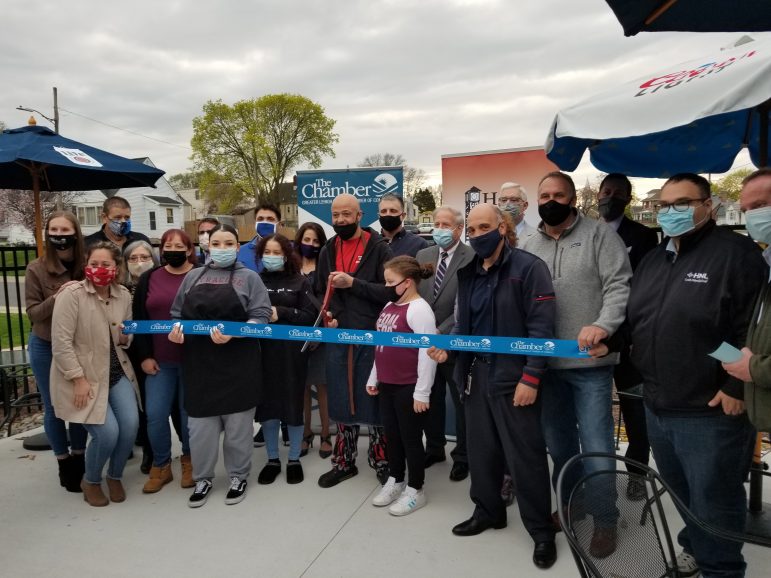 Chef Joe Stout prepares to cut the ribbon to celebrate his business’s partnership with Dewey Fire Company. ChefMeals is a meal preparation and delivery service that is based out of the fire company’s kitchen. 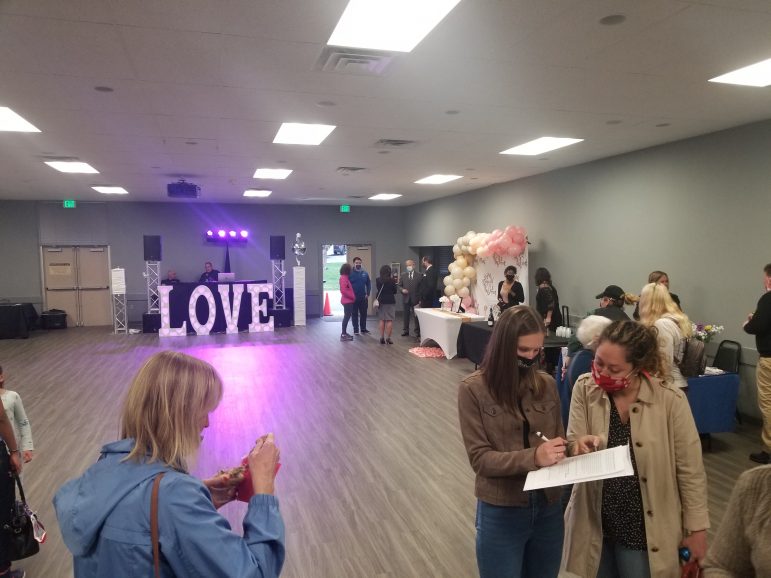 Various vendors staffed tables inside the newly-renovated banquet hall at Dewey Fire Company during Thursday’s special grand opening event, which was held with the Hellertown-Lower Saucon Chamber of Commerce. 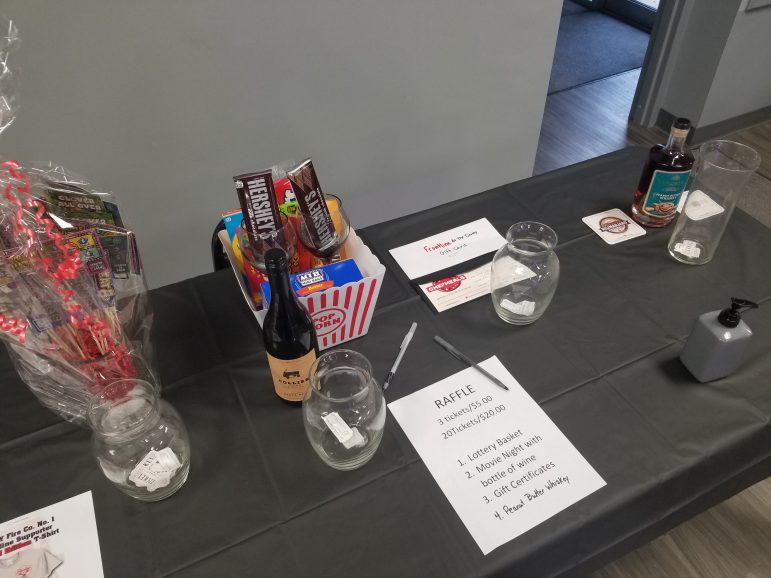 There were raffles for guests to enter. 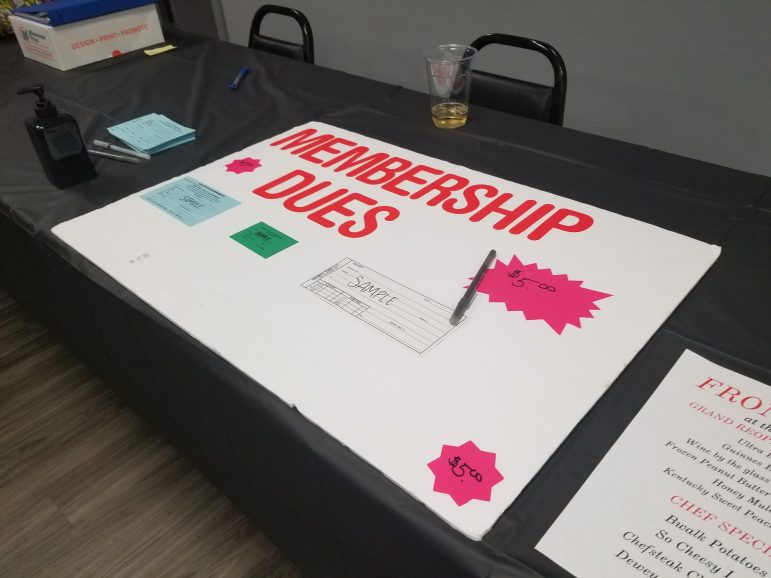 Membership at Frontline at the Dewey is available this year for just $5. 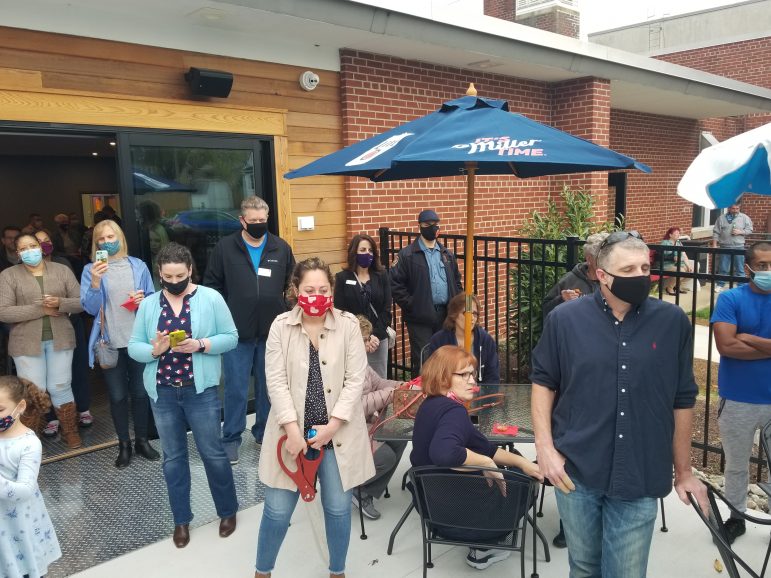 Guests at the ribbon-cutting ceremonies watch from the patio and inside the bar. 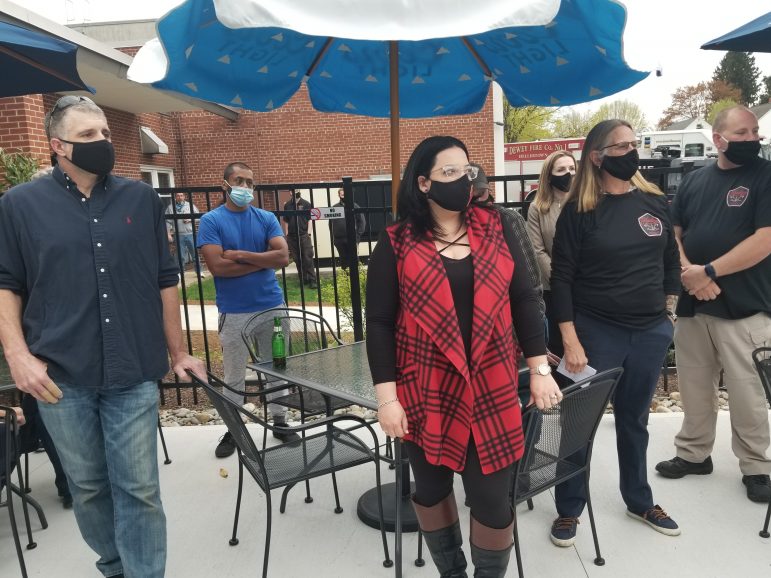 The new patio at Frontline at the Dewey is fenced and includes six tables with umbrellas for outside seating. 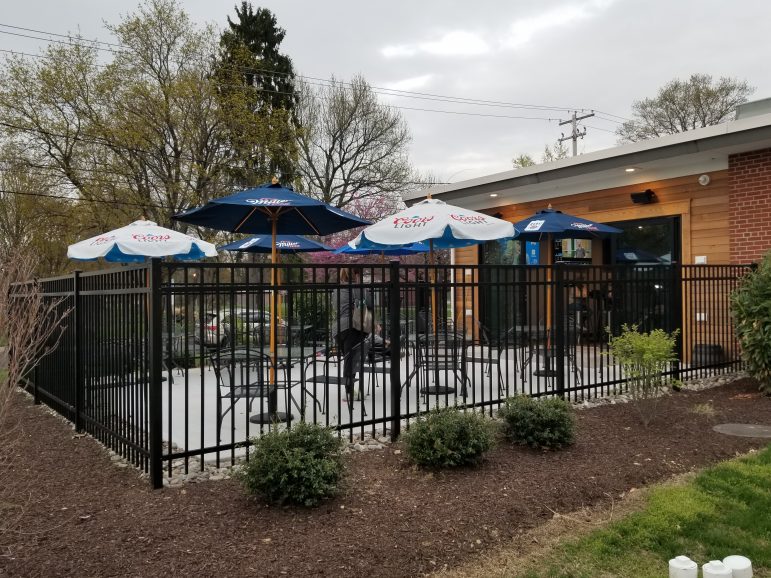 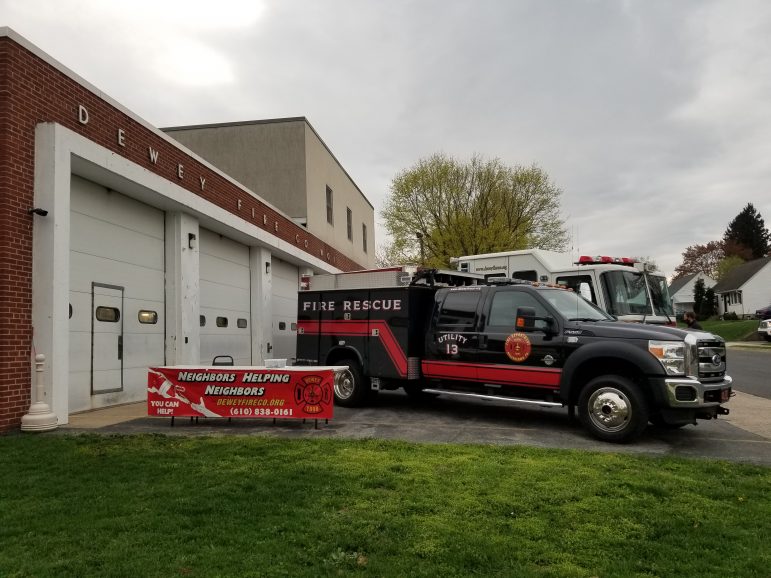 Dewey Fire Company’s trucks were outside on display during the event. The fire company is staffed entirely by volunteers.