Springfield Township Police Tuesday announced a drug-related arrest which they said capped a months-long investigation in the township.

In a Crimewatch post, police said Matthew Dean Cooper, 48, of Perkasie, was arrested Saturday, April 17 and is charged with Manufacture, Delivery or Possession With Intent (felony), Intentional Possession of a Controlled Substance by Person Not Registered (misdemeanor) and Possession of Drug Paraphernalia (misdemeanor). 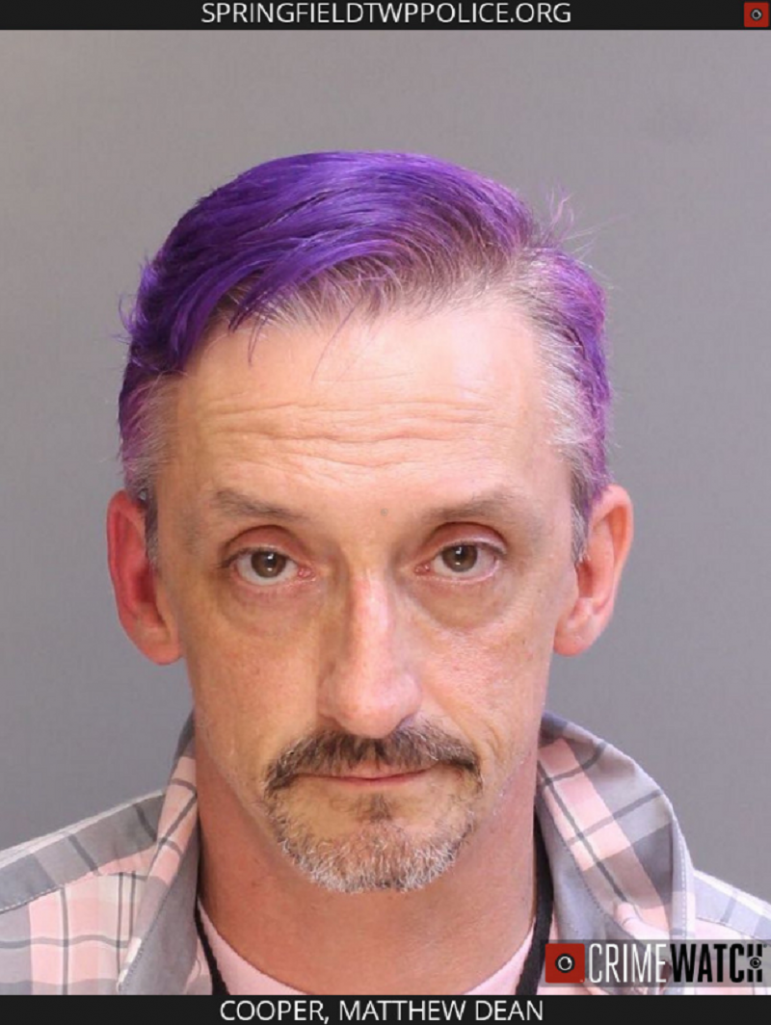 According to an affidavit of probable cause filed by township police in Bucks County District Court 07-3-03 in Ottsville, the investigation involving Cooper began after police were contacted the by owner of a Rt. 309 storage facility at which he’d allegedly rented a unit.

Ofc. Arnold Melton wrote in the affidavit that he was dispatched to Storhouse of Quakertown, 1642 N. West End Blvd., on the afternoon of Jan. 15, 2021 after the owner of the business reported finding “some questionable” and “possibly illegal” items in the unit.

Police said the owner accessed Cooper’s storage unit because he was behind on his rent.

Attempts to contact Cooper had been unsuccessful, the owner told police, and the next course of action in such situations is to open the unit and sell its contents at auction.

What the owner found, according to the affidavit, was a unit “full of possible illegal drugs and paraphernalia in bags and containers.”

Melton said he observed “multiple jars containing green leafy vegetable matter believed to be marijuana, ‘Smart Bud’ marijuana containers and drug paraphernalia” inside the unit as well as a toolbox with a combination lock on it, a scale, a plastic storage container and reusable grocery bags containing unknown contents. A receipt that was “laying in plain view” bore Cooper’s signature, he stated.

The toolbox, storage container and reusable grocery bags were all collected as evidence and taken to the Springfield Township Police Department evidence room, where their contents were inventoried, according to the affidavit. Among them were allegedly:

After inventorying all of the possible illegal substances, Melton said he dumped all of the green leafy substance into a paper bag and found it to weigh a total of 177 grams.

The officer said his next move was to contact Ofc. Tyler Fahringer and his K-9 partner, Ranger, of the Quakertown Police Department.

Melton wrote that on Feb. 6 he requested that Fahringer and Ranger–a certified narcotics detection dog–perform “a drug sweep” of the locked toolbox, which was later placed in a room containing similar toolboxes free of narcotics.

Melton said that on Feb. 19 he conducted a search of the toolbox and found the following items in it, which were then repackaged for evidence and sent away for further testing:

According to Melton’s affidavit, when lab test results for the various items were returned to police on March 25 they “showed positive findings and various weights of Delta-9-THC, Methamphetamine, Marihuana/Marijuana and Trazodone.”

The criminal court docket filed in Cooper’s case indicated that following a preliminary arraignment Saturday before District Judge Jean Seaman, he was committed to the Bucks County Correctional Institution in lieu of 10 percent of $50,000 bail. As of Wednesday, he had not posted bail, according to records.

The docket did not list an attorney for Cooper.

A preliminary hearing in his case is scheduled to be held before District Judge Gary Gambardella in the Ottsville district court on Monday, April 26 at 9 a.m., per the docket.

Note: All individuals charged with a crime are presumed innocent until proven guilty in a court of law. This story was compiled using information from the Springfield Township Police Department and Northampton County court documents. 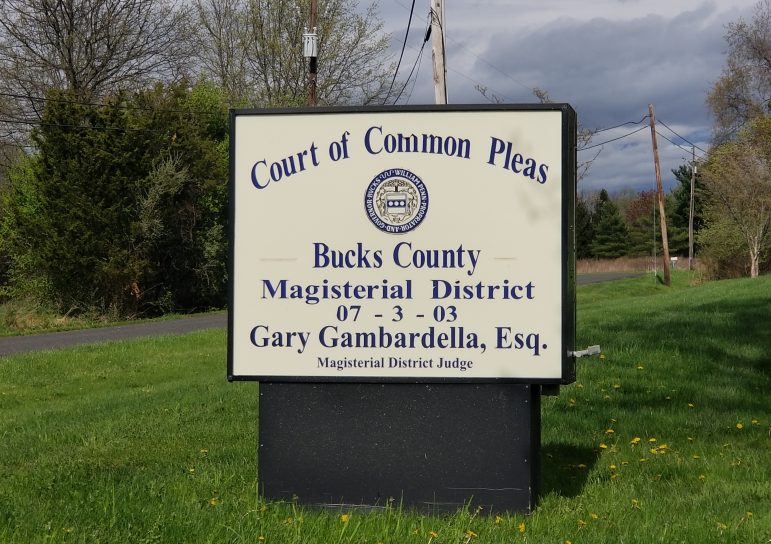