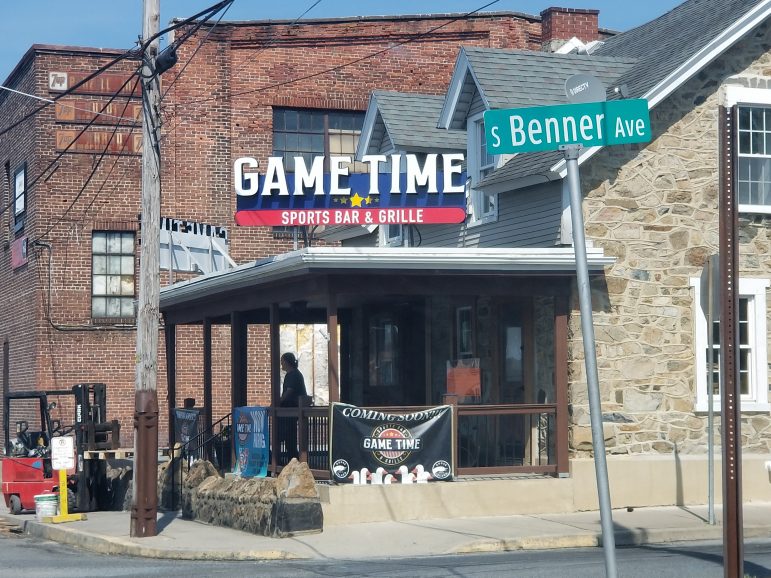 Gametime Sports Bar is expected to open in mid-June at 1028 Broadway in Fountain Hill. The sports bar will occupy a building that formerly housed two different eateries: Saranda’s, a fine dining establishment; and the Benner Street Inn.

If you’re looking for a new place to watch your team play while enjoying a meal or drinks, a two-story sports bar that will soon open in Fountain Hill might be just the ticket.

The Morning Call recently reported that Gametime Sports Bar will open in mid-June in a historic building at 1028 Broadway that has housed several other eateries over the years.

Most recently, it was home to a fine dining establishment that featured French cuisine.

Prior to that, the stone structure housed the Benner Street Inn, which was featured on an episode of Robert Irving’s “Restaurant: Impossible” business makeover show in 2013.

It closed permanently about a year later.

The new sports bar promises to be something markedly different from both of its predecessors, and will be outfitted with 50 HD TVs as well as an upstairs lounge area that will be open exclusively to members.

According to the Gametime website, the sports bar memberships are available by invitation only and are “designed for all who love sports and an active lifestyle.”

The Morning Call reported that will seat up to 150 guests inside and outside on a new second-story deck as well as on two ground-level patio areas, with parking for 26 vehicles available in a nearby lot.

Hours for the sports bar haven’t yet been announced. More information along with photos and menus may be found on the business’s website, GametimeSBG.com.

Items on a “Pregame” menu include traditional sports bar fare such as wings and nachos, along with healthier options like Edamame: salted, steamed soybeans served in pods.

The menu also features a variety of burgers, sandwiches, cheesesteaks, soups, salads and desserts. A children’s menu is also available.

Under the drinks menu, themed daily drink specials are listed under titles such as “Tito Tuesdays” and “Whiskey Wednesdays.” Draft beers that are listed include Troegs Perpetual IPA, Victory Summer Love and Guinness, and bottled beers that will be available include Corona, Heineken, Miller Lite and Stella Artois, according to the site.