Pennsylvania State Police at Dublin Friday released the preliminary findings of their investigation into a two-car accident that claimed three lives near Lake Nockamixon.

In a public crash report, police said the June 4 crash happened when a vehicle operated by 26-year-old Howard T. Sinclair of Ossining, N.Y., struck a car driven by 25-year-old Michael D. Blackmon of Ottsville “in a head-on fashion” at approximately 11:40 p.m. 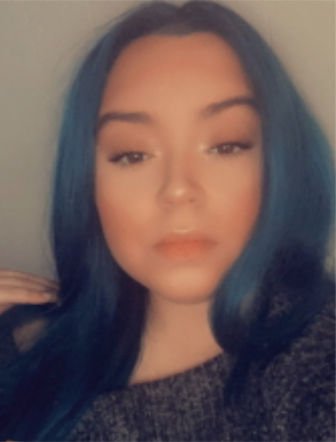 Blackmon; his passenger, 26-year-old Nicholas W. Barruzza of Quakertown; and Sinclair’s passenger, 24-year-old Samantha A. Garcia, were all killed in the crash, which police said caused the 2005 Lexus ES330 Blackmon was driving northbound on Rt. 563 (Mountainview Drive) near Deerwood Lane in Haycock Township to become fully engulfed in fire.

There were no adverse weather conditions when the accident happened, the road on which it happened was dry and it was dark in the area without any streetlights, police said of their initial findings.

The investigator who wrote the report, Tpr. Kevin Jiras, noted in it that both Blackmon and Barruzza were deceased as a result of their injuries upon his arrival at the scene.

Sinclair, the only person to survive the crash, was extricated from the Chevy Equinox he was driving and was airlifted to Thomas Jefferson University Hospital in Philadephia, where police said he remained in critical condition as of Friday’s update.

The report noted that as a result of the accident, both vehicles ended up in the northbound lane of Rt. 563, facing west. State police closed the road for much of the night, as they conducted a lengthy accident reconstruction as the scene. 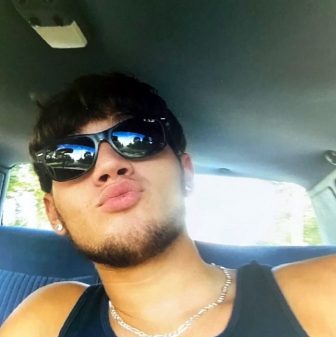 Blackmon was originally from Abington, Pa. He was a Palisades High School graduate who worked as a mechanic at a local distillery and “loved to hunt, fish and ride all types of ATVs,” according to his obituary, which was published by Lamb Funeral Home Inc. of Huntingdon Valley, Pa.

Nicholas “Nick” Barruzza worked in maintenance at Faber Distilling Co. in Trumbauersville and was an “adrenaline junkie” who also enjoyed outdoor activities, including riding ATVs, dirt bikes, motorcycles or trucks, his obituary said. It noted that he “especially loved spending time with his loyal group of friends and buddy Dozer.” 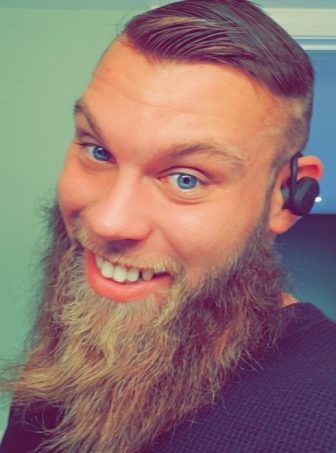 Memorial services for Barruzza will be held Saturday, June 19 at Naugle Funeral Home, 135 W. Pumping Station Road, Quakertown, with calling hours from 11 a.m. to 1 p.m. and the service starting at 1 p.m., according to the obituary.

Samantha Garcia’s obituary noted that she was a 2015 graduate of Morris Knolls High School in Rockaway, N.J., and was employed as a health care representative for Adept Health in Oaks, Pa. She had relocated from Rockaway to Royersford, Pa., a year ago, it said, and is survived by a daughter in addition to her parents and other family members.

Private funeral services for Garcia were being arranged by Hancliffe Home for Funerals in East Hanover, N.J., and there were currently no public memorial services scheduled for Blackmon, according to his obituary.

A GoFundMe campaign to benefit Garcia’s family had raised more than $10,000 as of Friday.

The crash remains under investigation and as of Friday no charges had been filed against Sinclair, according to the initial findings contained within the state police’s crash report.