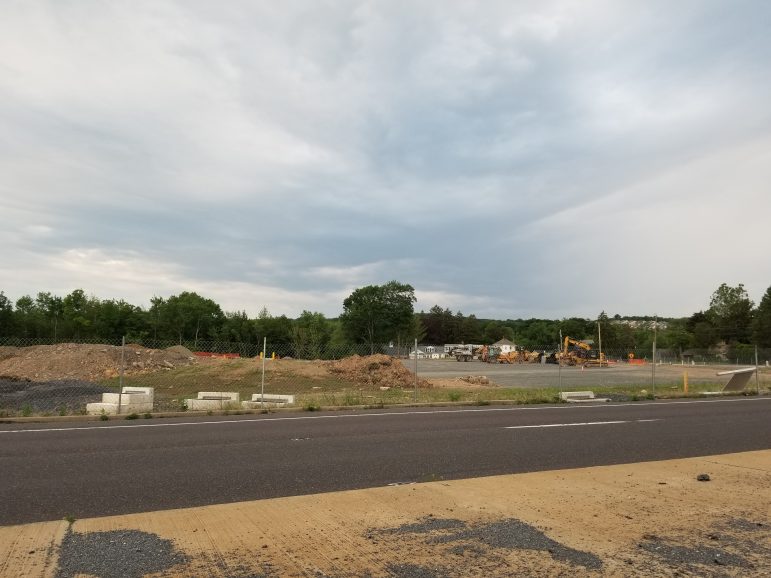 Upper Saucon Township supervisors unanimously adopted a resolution Monday for the conditional approval of a final land development plan for a McDonald’s restaurant at 6710 Rt. 309. A Wawa gas station-convenience store is being built adjacent to where the McDonald’s will be located, which is near Rt. 309 and Passer Road, on the site of the former Peppercorn Pub.

If you get a “Big Mac attack” while pumping gas or grabbing coffee at the Wawa that will be opening at Rt. 309 and Passer Road, you won’t have to travel far in order to satisfy it.

Upper Saucon Township supervisors Monday unanimously adopted a resolution for the conditional approval of a final land development plan for a McDonald’s at 6710 Rt. 309, south of where the Wawa gas station-convenience store is currently under construction. 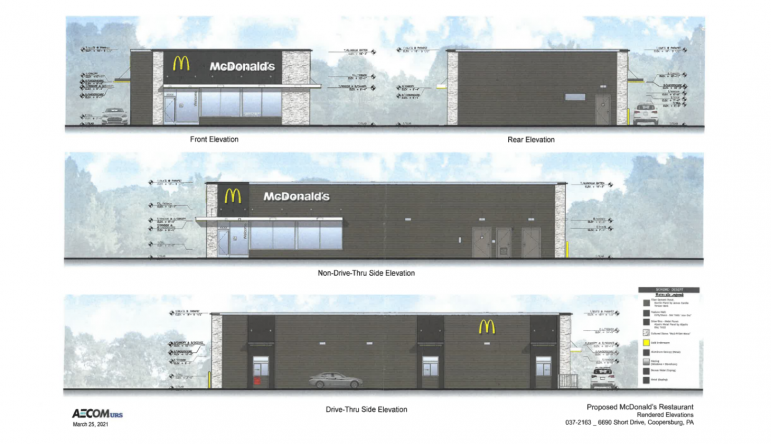 Elevation renderings of a planned McDonald’s on Rt. 309 near Passer Road in Upper Saucon Township.

The McDonald’s is planned by developer Provo Pinegood Coopersburg.

The design is similar in appearance to that of other area McDonald’s that have been built or remodeled to match the company’s updated “desert” architectural design in recent years.

A site development map produced by Bohler Engineering and shared by Sear shows that the building will be oriented lengthwise on an east-west axis, due south of the new Wawa. 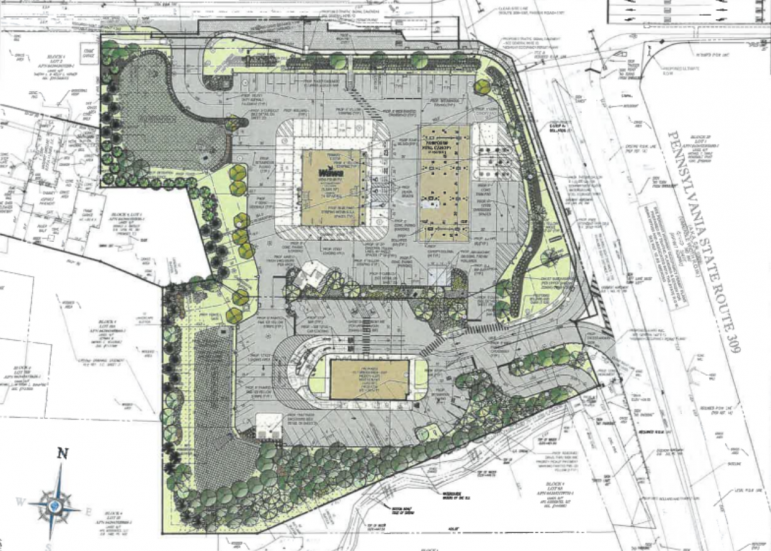 The McDonald’s will have a single entry drive-trhu lane that splits into two lanes approximately halfway around the building.

It will be surrounded by approximately 40 parking spaces and landscaping buffers that will include an island separating its parking lot from Wawa’s lot. The lots will be connected at either end of the island, according to the map.

The schematic shows a single-lane entry for the drive-thru, which will split into two lanes partially separated by an island on the west side of the building.

The primary access to the McDonald’s will be from Rt. 309, where a driveway will be split to form a one-way entrance and exit out of the parking lot.

The closest McDonald’s to the one that is planned in Upper Saucon Township is located at 14 Main Street in Hellertown, approximately four miles away. Other McDonald’s restaurants are located nearby in Quakertown, South Bethlehem and South Allentown.