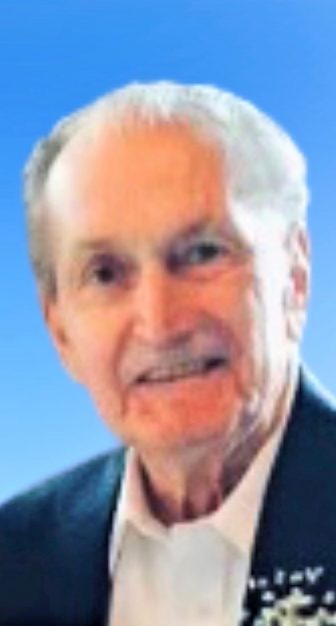 He was the husband of Jane E. (Raudenbush) Chromczak. Edward was born in Bethlehem on Feb. 4, 1928 to the late Samuel and Julia (Hulak) Chromczak. He was a welder at the Coke Works Division of the former Bethlehem Steel for many years until retiring. Edward was a member of St. George’s Episcopal Church, Hellertown, where he served on its vestry, and was facilities manager as well as a member of Edward H. Ackerman American Legion Post 397, Hellertown. He enjoyed golf and fishing and was a special grandpop to his grandchildren and great-grandchildren.

In addition to his loving wife of 70 years; children: Debra A. of Riegelsville, Edward J. (Patricia A.) of Hellertown; grandchildren: Evan (Ashley) and Hannah; great-grandchildren: Hazel and Henry. He was predeceased by a sister: Eva Heil.

Family and friends are invited to call from 10 to 11 a.m. Friday, Aug. 6, 2021 at St. George’s Episcopal Church, 735 Delaware Ave., Hellertown. The calling hour will be followed by the Burial Liturgy at 11 a.m. Military honors will be accorded by the Edward H. Ackerman American Legion Post 397. Online expressions of sympathy can be recorded at HeintzelmanCares.com. Arrangements are by the Heintzelman Funeral Home Inc., Hellertown.