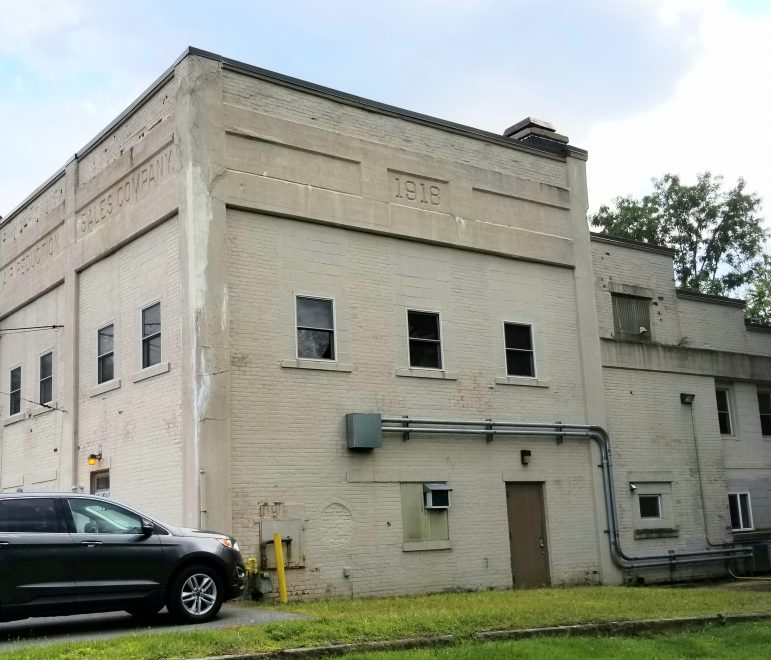 The building that was once home to the Air Reduction Company today houses another business. It is located on Whitaker Street in Hellertown borough and bears the date of its construction–1918–on its north-facing side.

Although it is primarily a bedroom community today, there was a time when Hellertown was a bustling industrial center. Probably the best-known of its former industrial outfits were the Thomas Iron Company and Champion Spark Plug, however other businesses also located operated factories in the borough.

One of them was the Air Reduction Company, which in 1918 built a plant on Whitaker Street, on the edge of the community.

An article published in The Allentown Democrat on Nov. 22, 2018 highlighted the company’s specialty–in a somewhat rudimentary fashion–and noted that its product was in demand at the nearby Bethlehem Steel Company.

The Air Reduction Company, which was headquartered in New York City, was ultimately acquired by Air Products & Chemicals Inc. (which today is Air Products) in 1970.

On Jan. 1, 1971, The New York Times reported that “Air Products and Chemicals, Inc., Allentown, Pa., a manufacturer of cryogenic equipment, industrial gases and other chemicals, has agreed in principle to purchase for cash the chemicals and plastics business of the Air Reduction Company, a New York‐based diversified manufacturing concern, the companies announced yesterday.”

Of additional note is the fact that the plant the company built in Hellertown over 100 years ago is still standing and still in use by a business. Today it is home to Gas and Air Systems Inc,. however the words “Air Reduction Sales Company” are chiseled into the east-facing side of the structure, forever to remind passers-by of its original purpose.

A $300,000 oxygen plant is being erected between Hellertown and Cross Roads* by the Air Reduction company of 120 Broadway, New York. This company has in operation fifty plants extending across the country and has twenty plants additional now building. They have a process whereby they take the oxygen out of the air. The greater part of the product of the Bethlehem plant will be used by the Bethlehem Steel company. 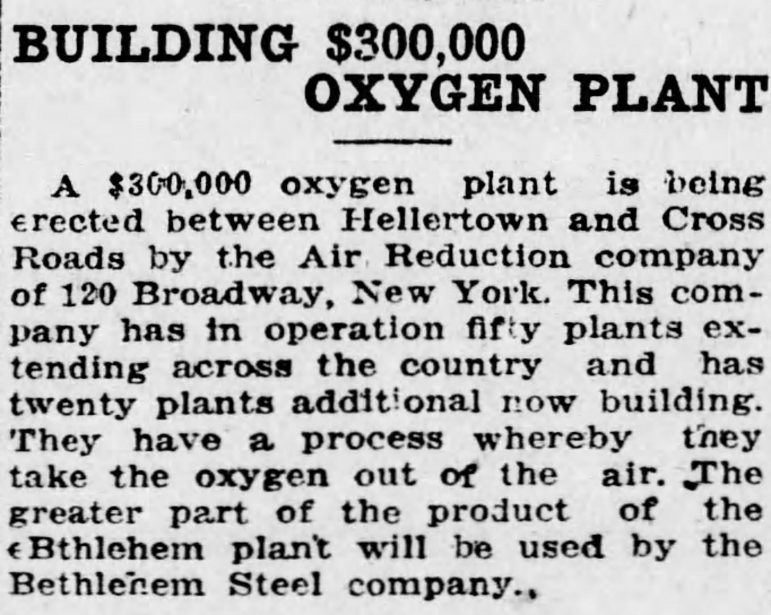 An article about the construction of an Air Reduction Company plant in Hellertown borough appeared in the Nov. 22, 1918 edition of The Allentown Democrat.