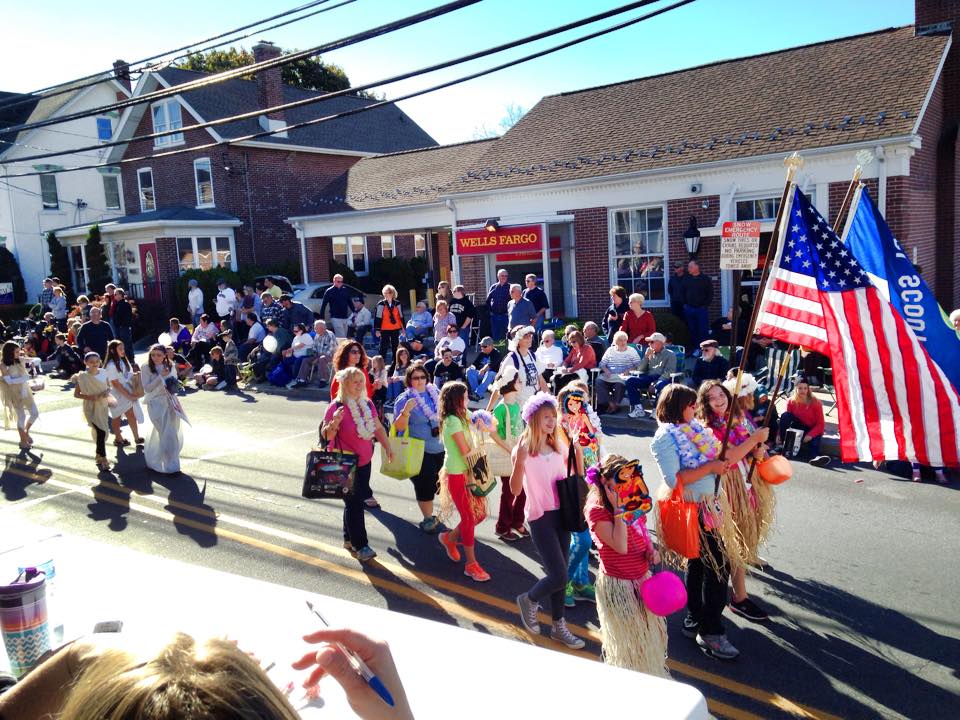 The 106th annual Coopersburg Halloween Parade is scheduled for Sunday, Oct. 17 at 3 p.m. This year's parade, the first since 2019, will be highlighted by appearances from the Southern Lehigh High School and Middle School marching bands, and the Coopersburg Fire Company's vintage fire truck.

Ghosts and goblins will return to Main Street on Sunday, Oct. 17 as the Coopersburg Halloween Parade returns this year.

The parade will begin at 3 p.m. on Main Street in Coopersburg. The parade’s rain date is scheduled for the following Sunday, Oct. 24.

Last year’s parade was cancelled due to COVID, but its organizers have brought the event back this fall with some exciting additions.

The Southern Lehigh High School and Middle School marching bands will perform in this year’s parade, according to parade organizer Sharon Porter. The bands will be joined by local Cub Scout and Girl Scout troops, vintage cars and tractors, themed floats from local businesses and organizations and fire trucks from local fire companies. 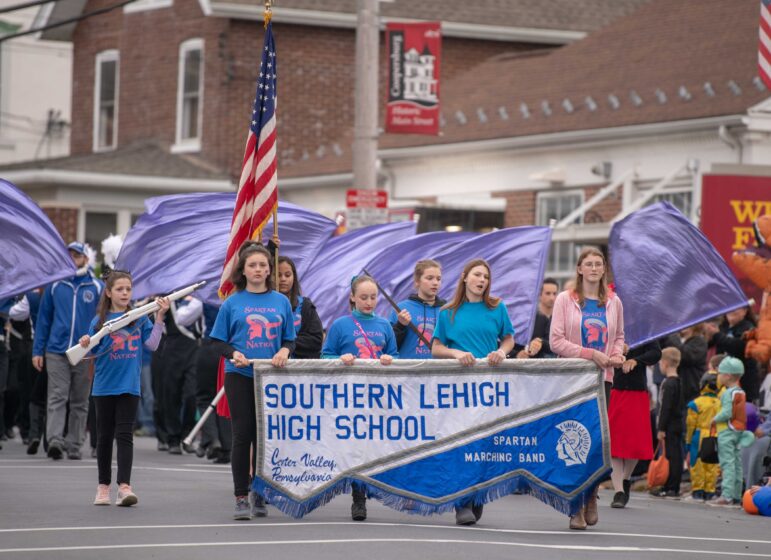 The Southern Lehigh High School band marches in the 2018 Coopersburg Halloween Parade. The band will return this October for the 106th annual parade (FILE PHOTO).

“At some point the collector donated it to the Michigan Fire Museum, where it has been for many years,” she continued. “The Coopersburg Fire Company was able to buy it back, and it is now here in Coopersburg.”

Porter also said there will be a food truck located in the Coopersburg Borough Hall parking lot selling refreshments to parade attendees.

Registration is currently open for those who wish to participate in this year’s parade. While registration is free, parade organizers ask for a small donation from businesses to help support the parade and raise money that will be awarded to prize winners.

The parade will also raise money through the sale of 50/50 raffle tickets, which will be sold before and during the parade at various locations along Main Street.

Organizers are still in need of volunteers to help with this year’s parade. Those interested in volunteering or learning more about the opportunity should email coopersburghalloweenparade@gmail.com.

In a Facebook post, parade organizers said masks are strongly encouraged. They are asking individuals with symptoms or who have been exposed to someone with COVID to stay home.

“We are asking all participants and spectators to observe and practice all CDC guidelines for minimizing the risk of spreading COVID-19 in our community,” the Facebook post reads. “Groups of people should practice social distancing when coming in contact with people outside of their household.”

Coopersburg’s trick-or-treat night is scheduled for Friday, Oct. 29 from 6 to 8 p.m.