In a news release Thursday, police said two catalytic converters were stolen from a truck that was parked at a commercial property in the 2400 block of Milford Square Pike, Milford Township, sometime between 5 p.m. Aug. 27 and 7 a.m. Sept. 2. 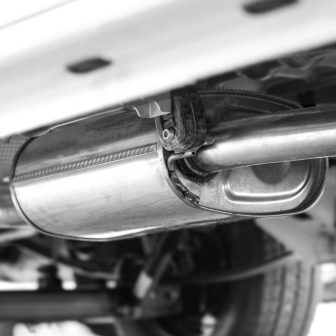 Earlier this weeks, troopers from the Dublin barracks said they were investigating the recent theft of a catalytic converter from a 2013 Toyota Prius on Durham Road in Nockamixon Township.

Catalytic converters are frequently stolen for the precious metals they contain, which include platinum and rhodium, which are in high demand on the black market.

A skilled thief can typically remove one from underneath a vehicle in 5 to 10 minutes, according to law enforcement agencies.

Around the country, media outlets are reporting a spike in catalytic converter thefts.

A Texas news station reported that they’re being stolen at “an unprecedented rate in Houston,” with the thefts frequently damaging the vehicles from which the parts are cut.

A Memphis TV news outlet reported that in that city thefts have also skyrocketed, with one theft resulting in the commission of a homicide when a man attempted to stop it.

Anyone with information about the local thefts is asked to contact Pennsylvania State Police at Dublin by calling 215-249-9191.