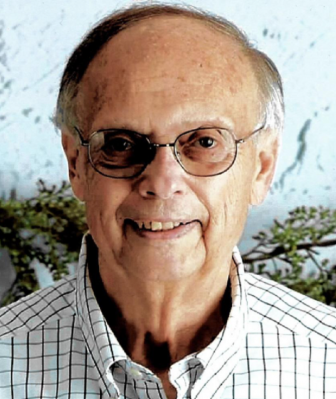 They celebrated 50 years of marriage on April 3, 2021. David was born on Dec. 31, 1944, in New Haven, Conn., the son of John and Sue DeAngelo. He was a graduate of Lehigh University, where he earned a BS in Business Administration and an MS in Business Economics. He was a member of Phi Kappa Theta fraternity. David was a manager of Fuel Planning and Statistics at PPL. During his career, he was an instructor in business planning and fuel procurement at the US Aide/USEA sponsored programs in Egypt, India and the Ukraine. He served with honor in the United States Army and achieved the rank of Lieutenant Colonel. David had assignments at the Pentagon, where he conducted energy policy analysis for NATO and at the U.S. Military Academy. David was past president of the U.S. Association for Energy Economics, past treasurer of the International Association for Energy Economics and a member of the National Association for Business Economics and the American Economics Association. His love of wine and art led to many memorable trips around the globe with his wife, Bobbi. He was an active member of the Lehigh Valley Wrestling Club and traveled with Bobbi to matches, both home and away. He was a member of Assumption BVM Church of Colesville.

Arrangements are by the Falk Funeral Home & Crematory Inc., Hellertown.

In lieu of flowers, contributions may be made in his memory to the Lehigh Valley Wrestling Club, P.O. Box 1902, Bethlehem, PA 18015. To share online condolences, please visit his “Book of Memories” at FalkFuneralHomes.com.