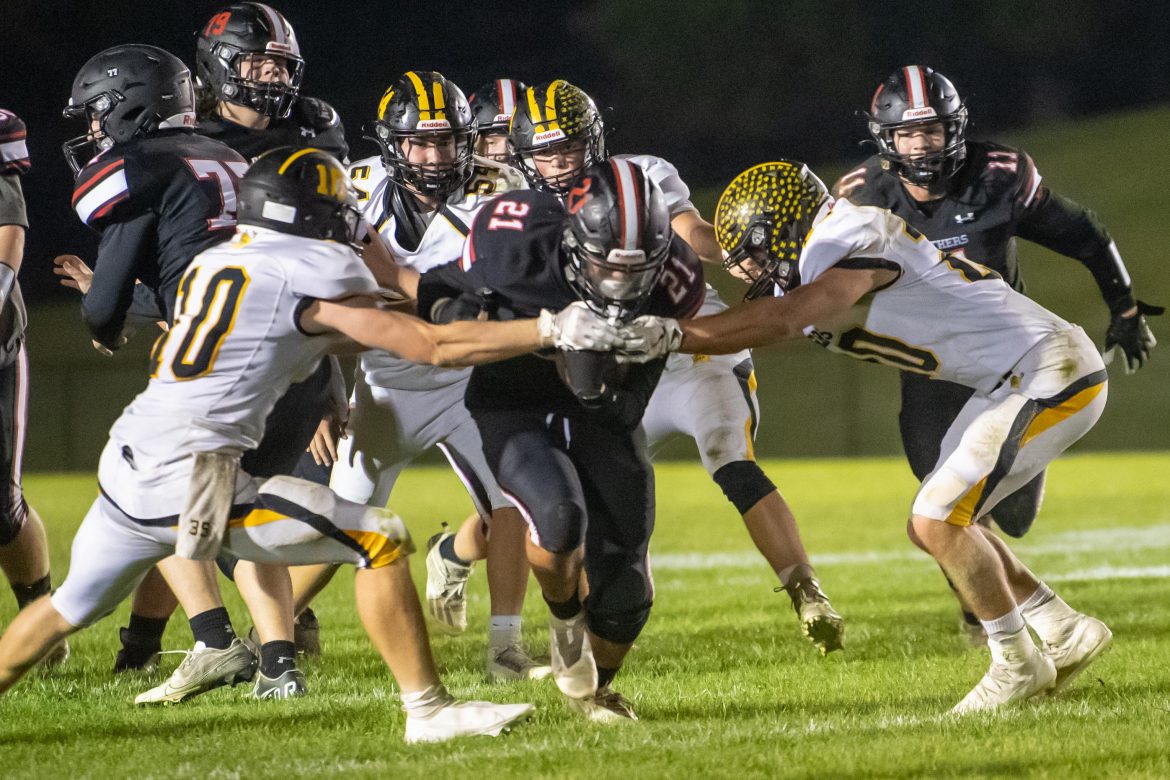 It was Senior Night on Friday at Saucon Valley’s Montford E. Illick stadium.  It took a little while to honor the Saucon seniors during the pregame festivities.  But, it did not take very long for Northwestern Lehigh (8-0) to pounce on the Panthers (4-4).  On the Tigers very first play from scrimmage, Northwestern quarterback, Justin Holmes threw a short pass to Cade Christopher that went a long way.  The quick strike pass, catch and run covered 61-yards for a touchdown.  The extra-point was good and only :18 seconds into the game Northwestern Lehigh jumped out to a 7-0 lead.

The injury-plagued Panthers, without four-year starting quarterback Dante Mahaffey who was injured last week and lost for the season, tried to convert 4th & 1 situation from their own 37-yardline but came up empty.  Four plays later, the Tigers were in the Panther endzone again.  This time Northwestern running-back Dalton Clymer popped a 13-yard touchdown run up the gut.  Clymer’s score paved the way for a 14-0 Tiger advantage less than four minutes into the game. 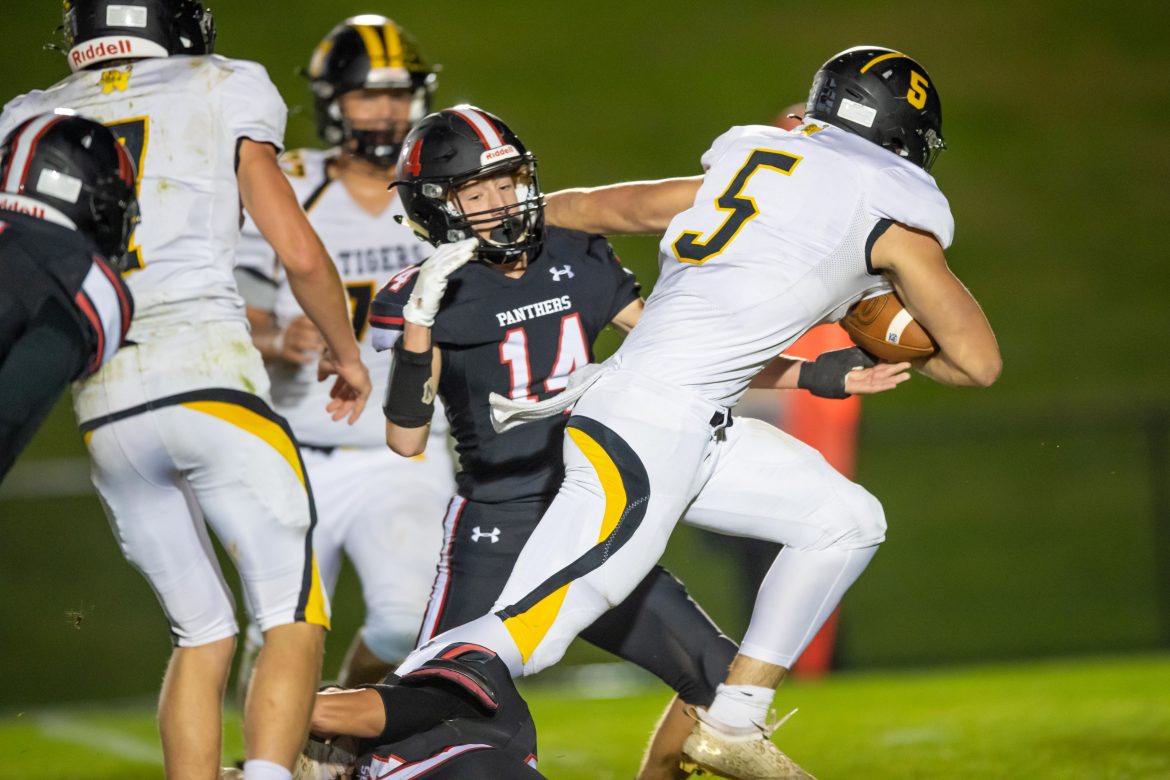 The Tigers Justin Holmes trying to get outside of Saucon Valley’s Jack Robertson.

The Panthers could not capitalize on their next possession when Anthony Orlemann’s kickoff return to the 35-yardline had a pair of Tiger penalties tacked on.  Saucon received an additional 15-yards for a late hit out of bounds and another 15-yards for an unsportsmanlike conduct penalty after the play was over.  After the laundry was cleared from the field, the ball was spotted 1st & 10 for the Panthers at the Tiger 35-yardline. However, after securing a single first down, the offense sputtered and the Panthers turned the ball over on downs.

Ten plays later on the first play of the second quarter, Clymer once again found a little room between the tackles for a 5-yard touchdown run.  The PAT was good giving Northwestern Lehigh a commanding 21-0 lead. 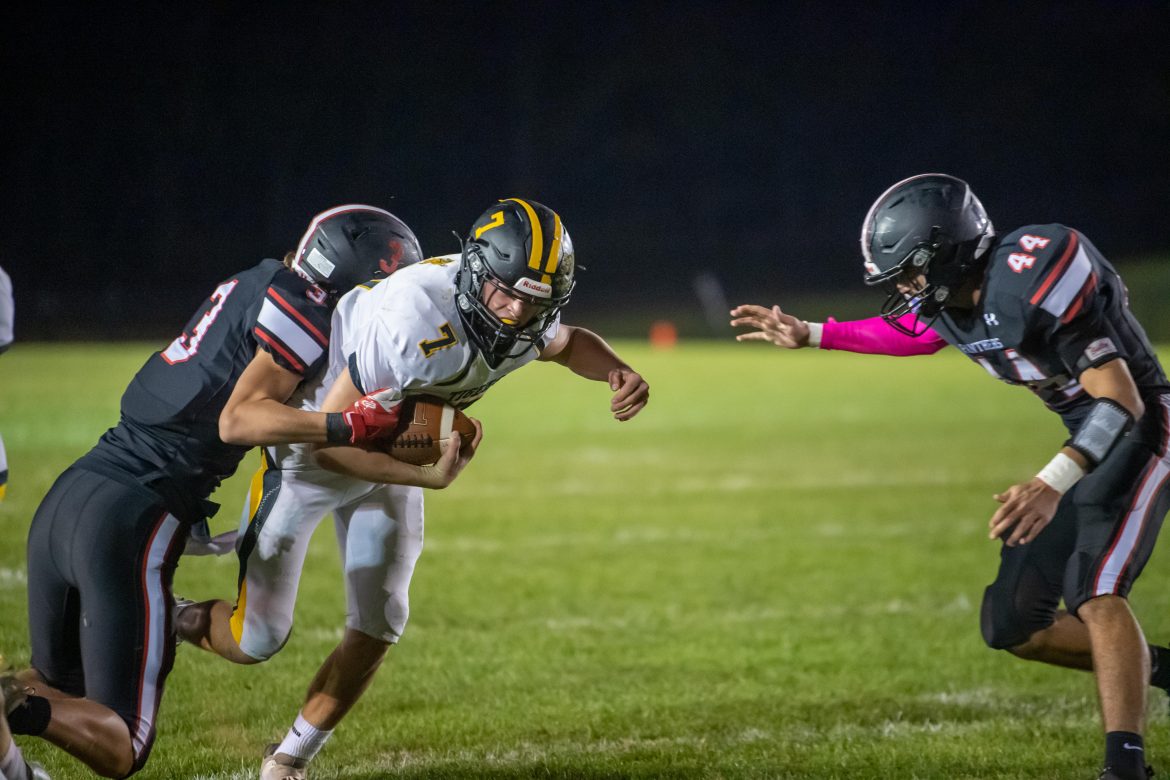 Northwestern’s Dalton Clymer looking to pound the ball into the Panther endzone as Alex Magnotta (#3) and Cael Markle (#44) converge.

On Saucon Valley’s first play after the ensuing kickoff, the Panthers fumbled the ball right back to the Tigers at the 23-yardline.  Five snaps later, Holmes found Christopher on a screen pass that was good for a 5-yard touchdown reception.  With 10:48 left to play in the second quarter the Panthers fell behind 28-0.

The Panther offense continued to struggle and was forced to punt after three plays.  At the other end of the Panther punt was Northwestern’s Cade Christopher who quickly paraded down the Tiger sideline for a 58-yard touchdown.  Following the successful extra-point, Saucon Valley found themselves in a 35-0 hole with 8:45 remaining in the first half.

On their next possession, the Panthers did managed to put together a drive that moved 63-yards down to the Tiger 8-yardline.  However, on 1st & goal Jacob Peters undercut a Travis Riefenstahl pass that was meant for Alex Magnotta.  Peters diving interception gave the Tigers a 1st & 10 from their own 1-yardline.  Northwestern Lehigh took advantage of their good fortune and turned the interception into points. Highlighted by a 46-yard completion from Holmes to wide receiver Taylor Wikert, the Tigers put a 42-0 exclamation point on the first half after Holmes scrambled into the Panther endzone for the score. 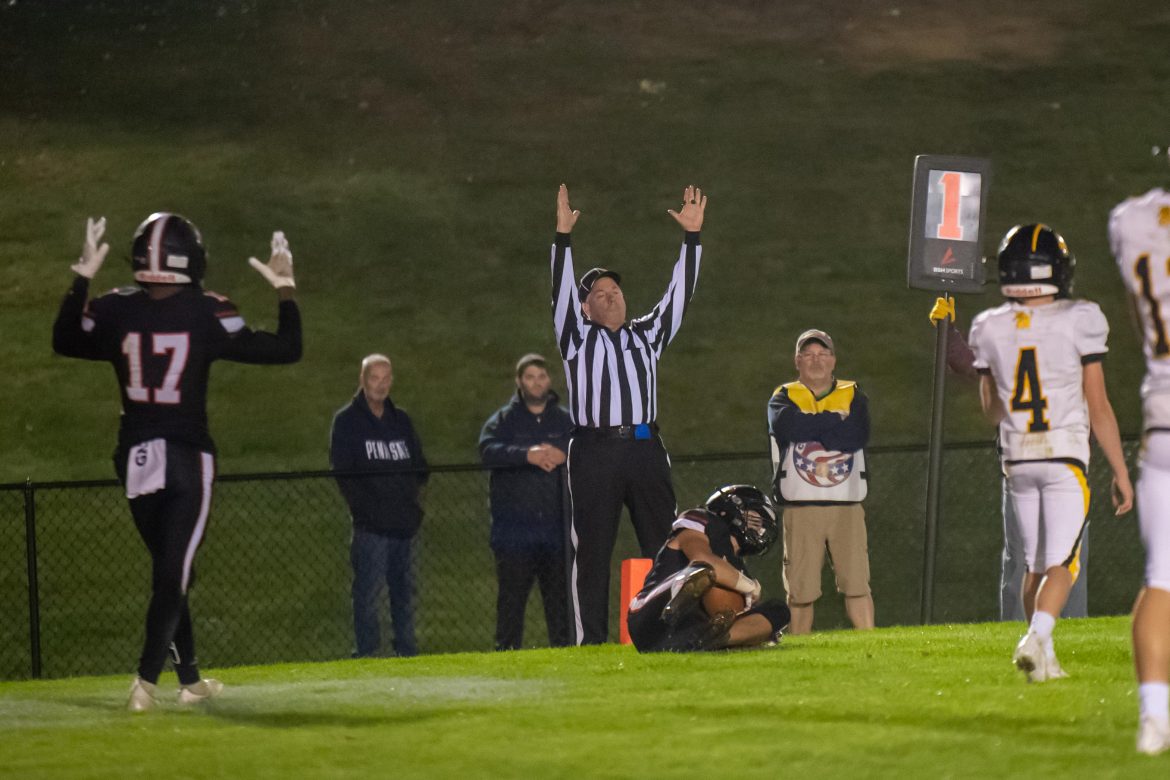 Saucon senior Anthony Orlemann picks up six for the Panthers.

With the mercy-rule clock rolling throughout the entire second half, Saucon Valley got themselves on the scoreboard early in the third quarter with a Damian Garcia run from 7-yards out.  In addition, the Panthers added a fourth quarter score when Travis Riefenstahl hooked up with Anthony Orlemann for a short touchdown catch.  When the nightmare was over, Northwestern Lehigh mauled the Panthers 42-14.

UP NEXT:  Saucon Valley (4-5) will head to Palisades for a Week-10 rivalry showdown against the Pirates (2-7). This Friday night football fight is scheduled to kickoff at 7 p.m. 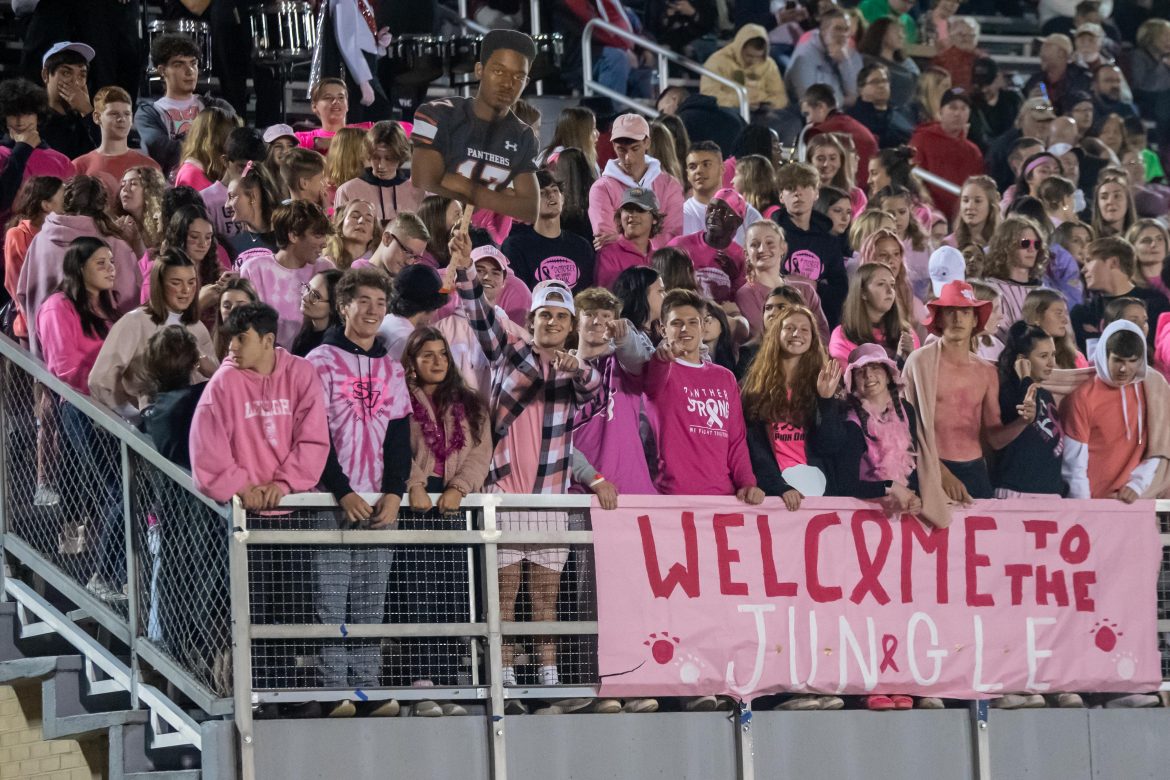 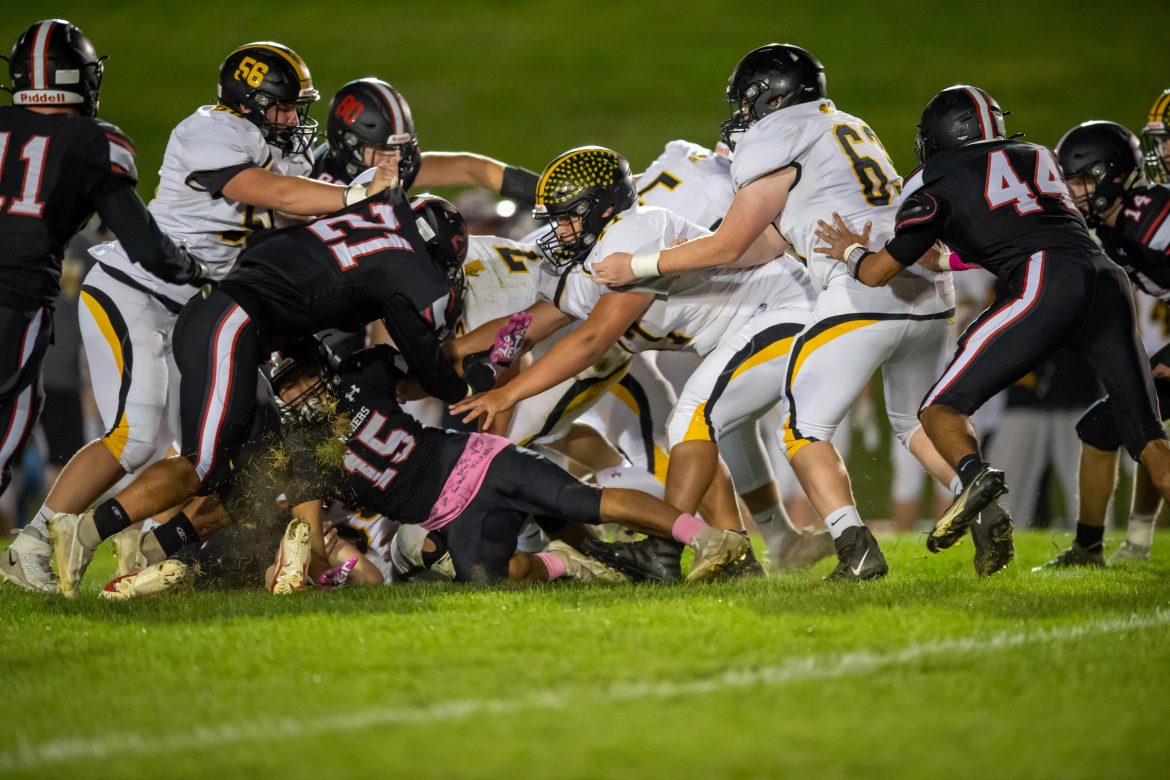 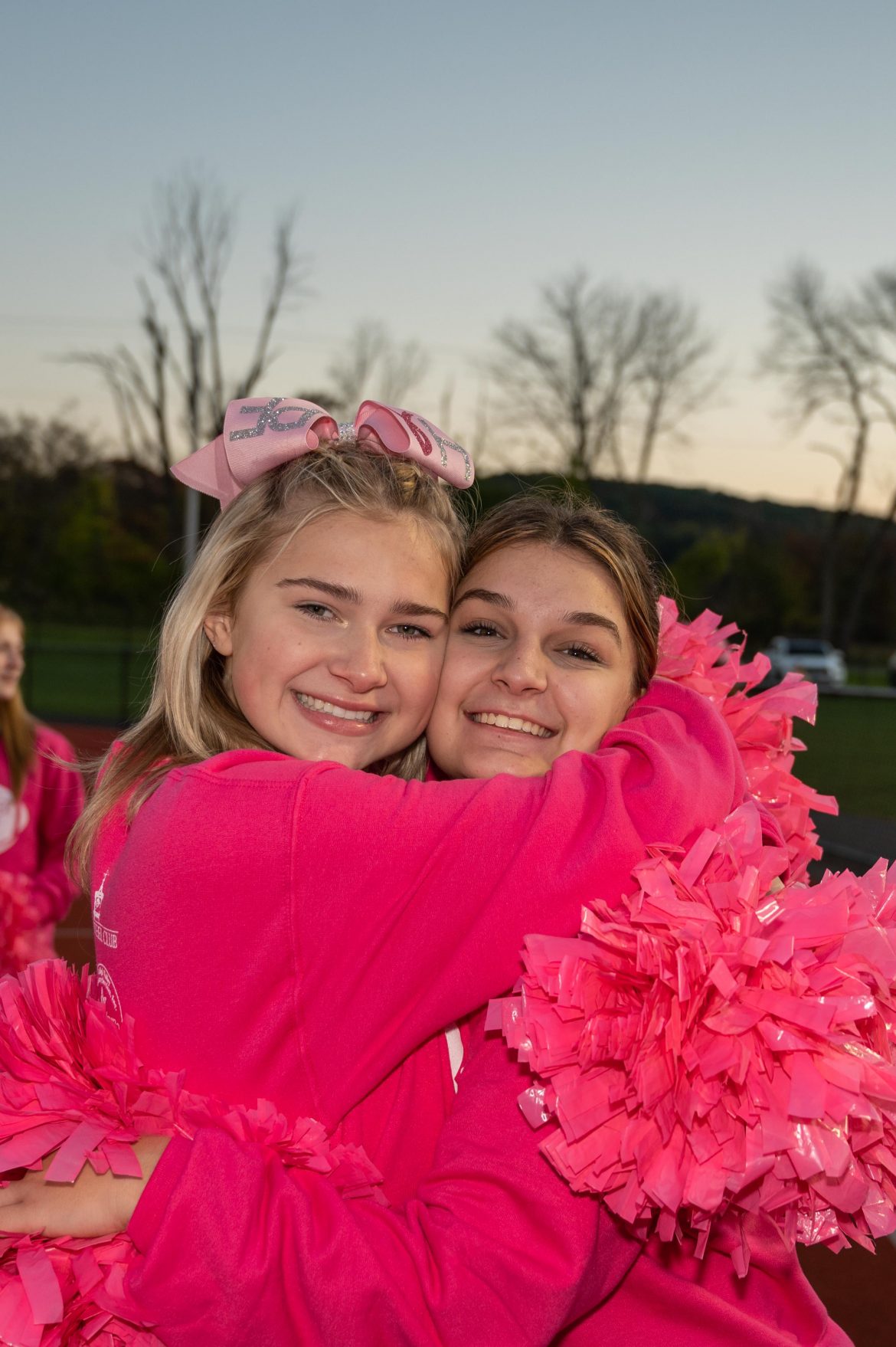 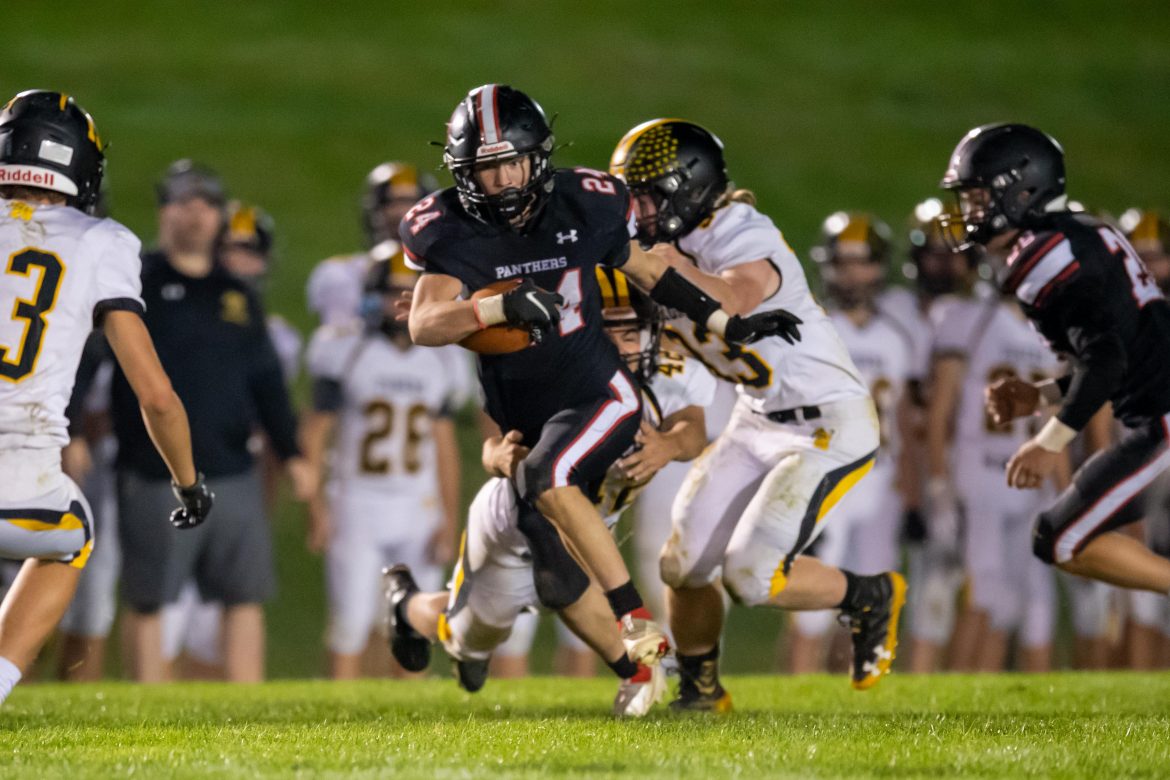 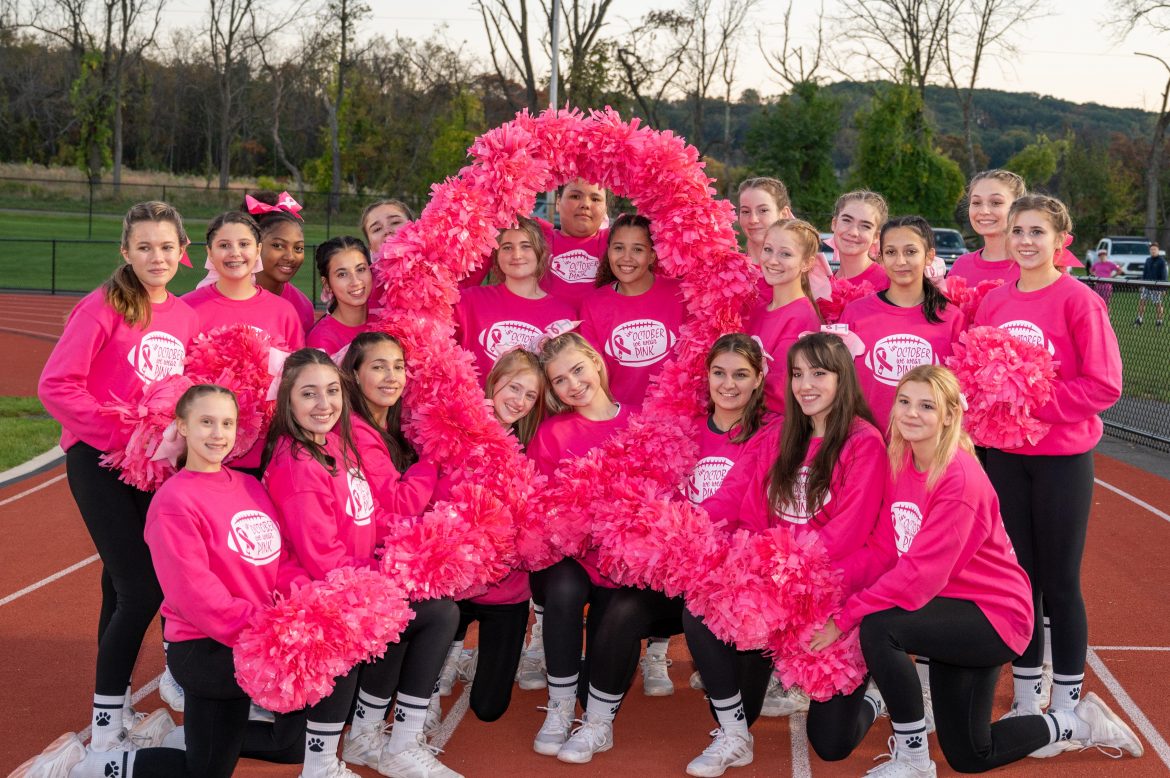 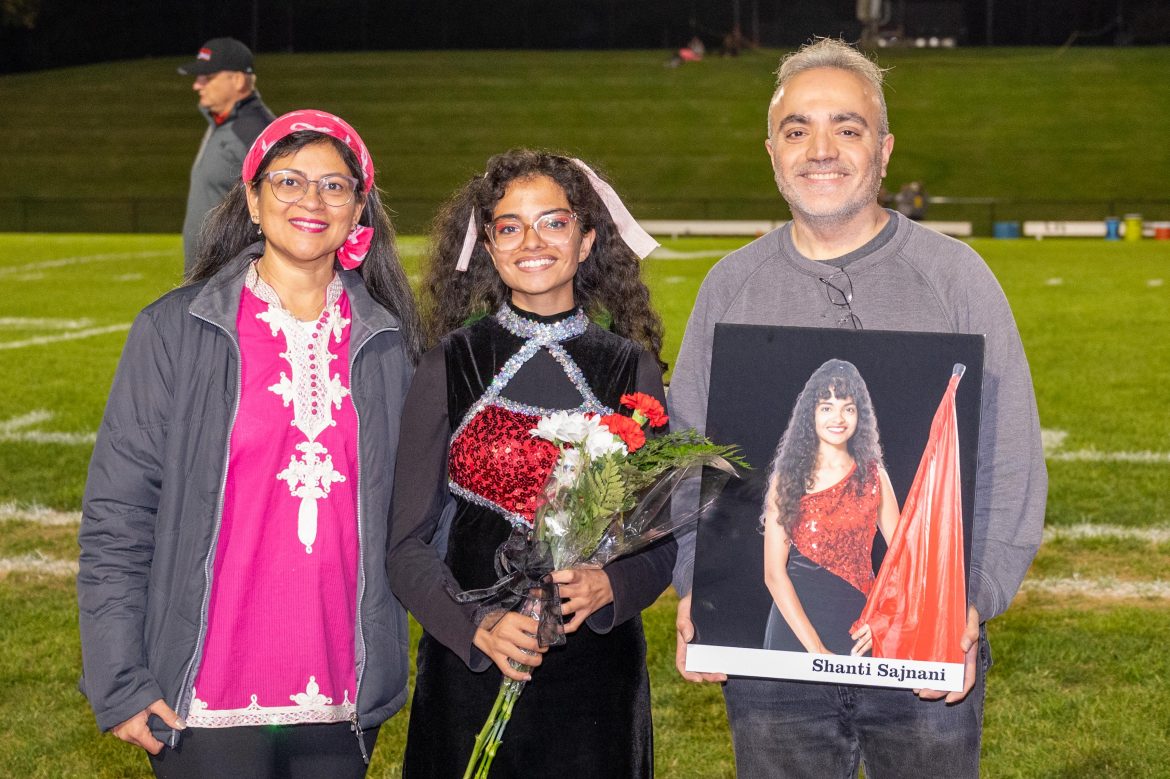 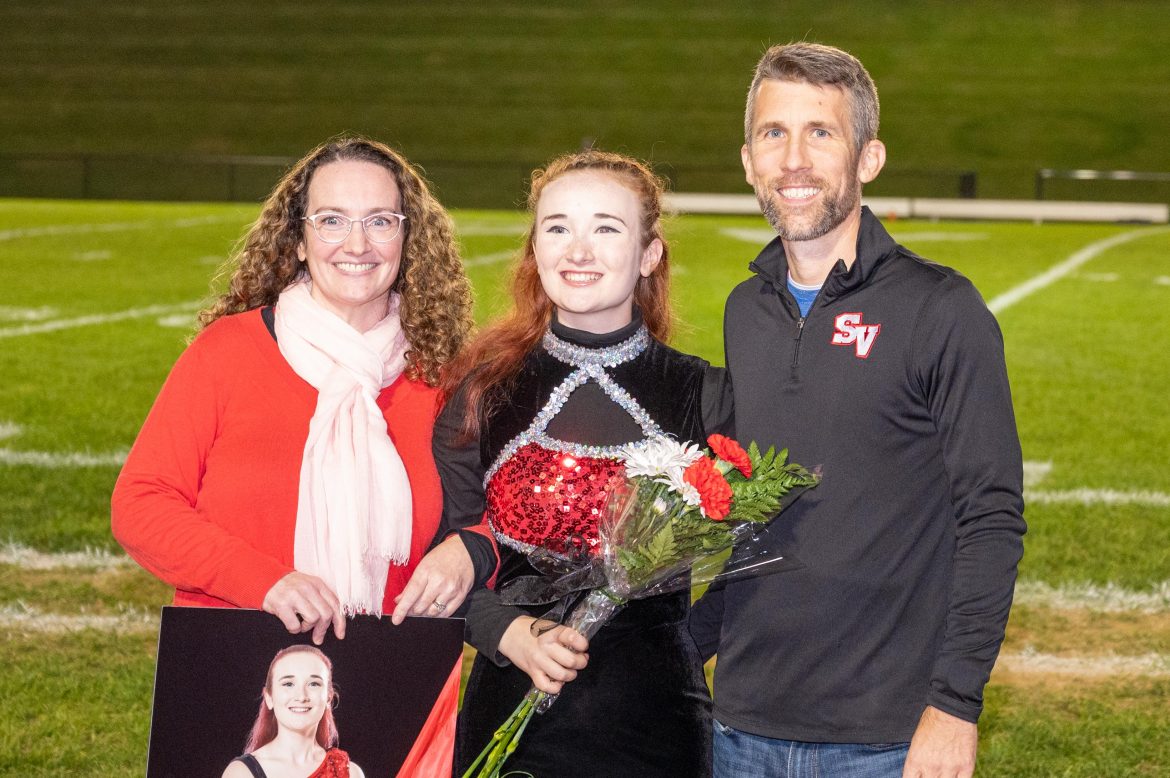 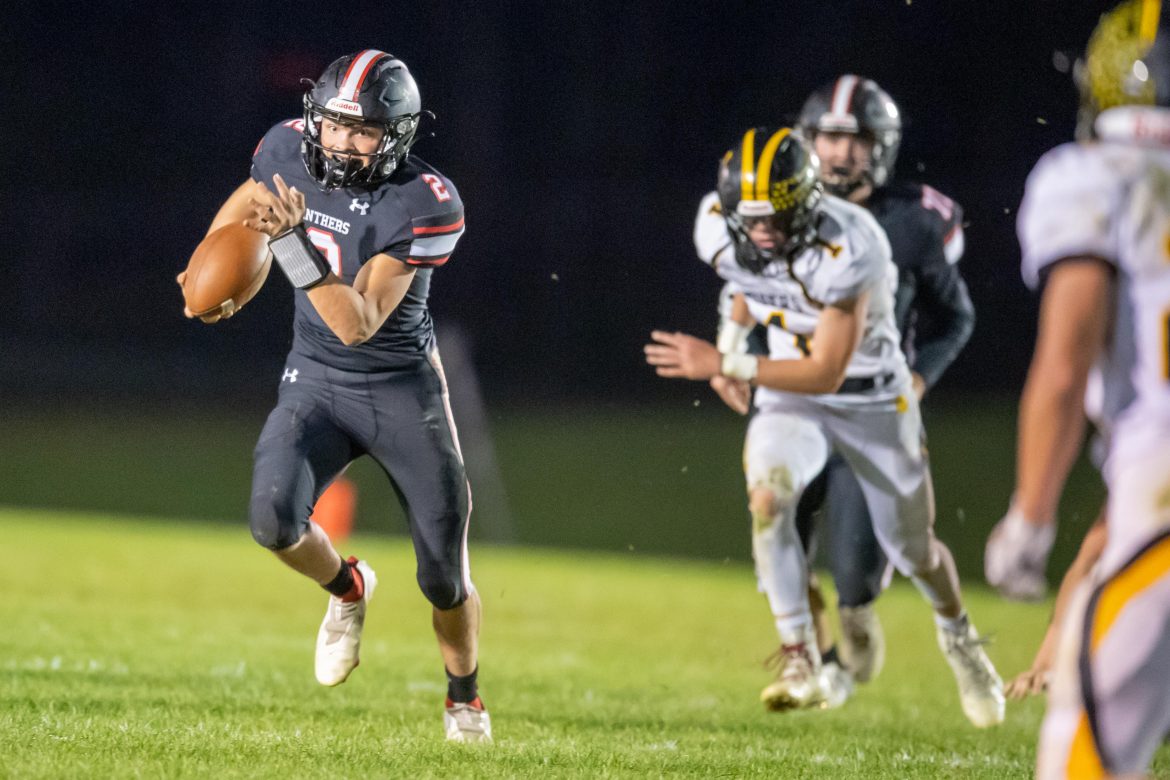 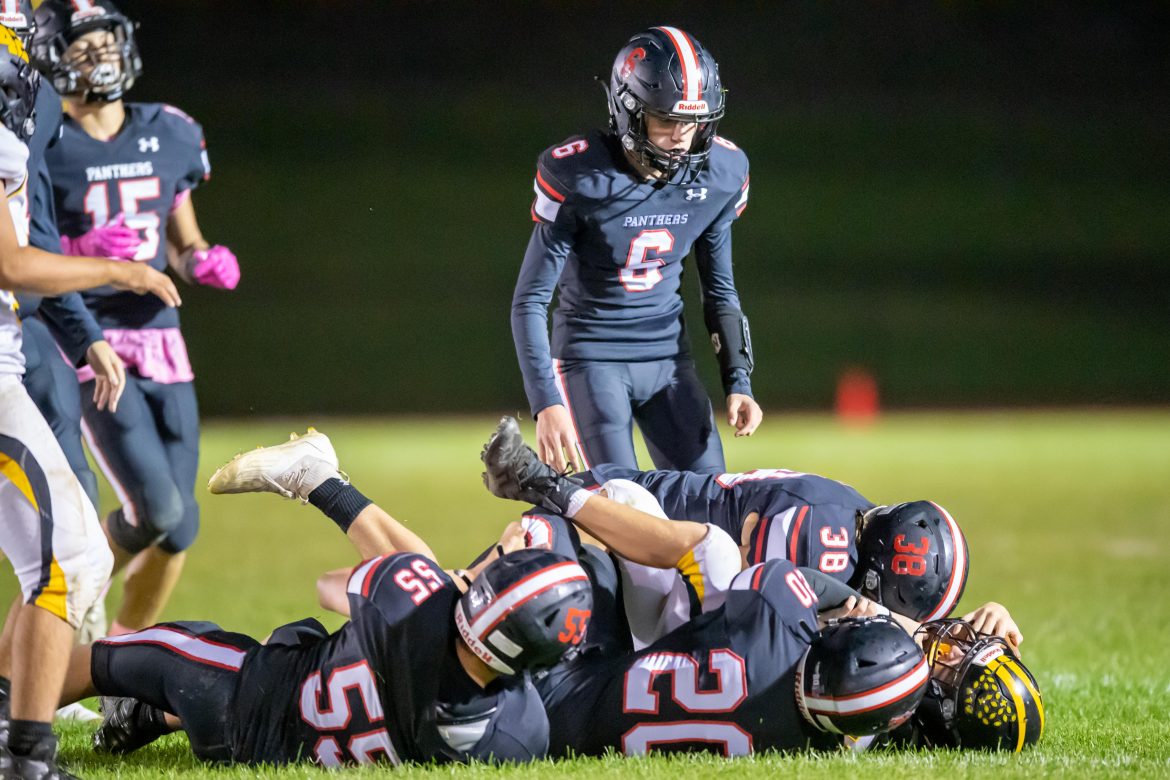 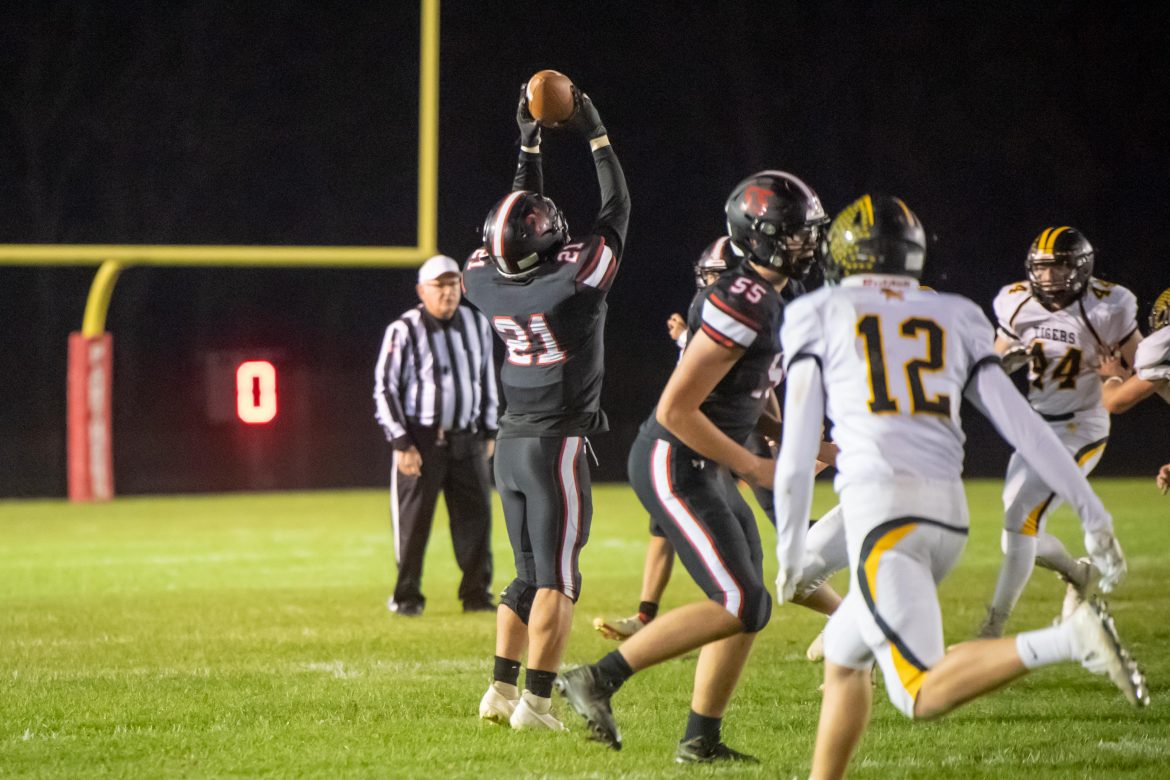