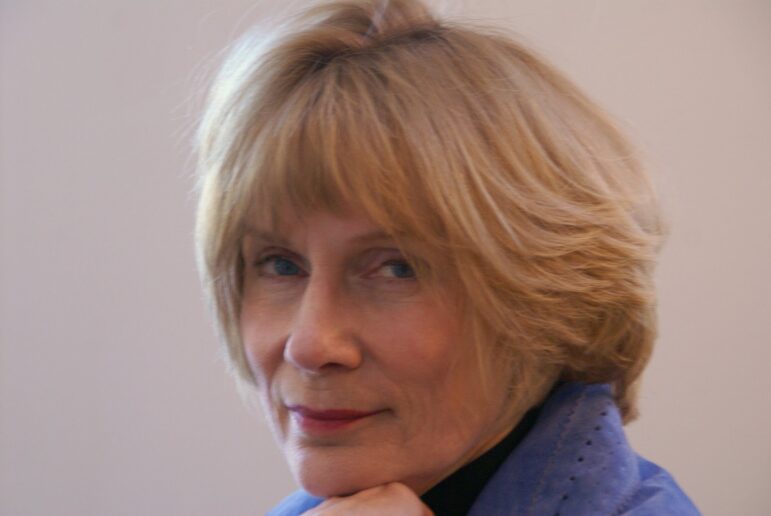 Dr. Katherine Ramsland is an internationally famous true crime expert, author and consultant who calls the Lehigh Valley home. She teaches forensic psychology at DeSales University in Upper Saucon Township. Ramsland will appear in a documentary about serial killer Dennis Rader–who she spent years interviewing–to air this weekend on A&E.

A renowned local expert on serial killers will appear in a new A&E documentary about one of America’s most terrifying: Dennis Rader, who is also known by the acronym he adopted for himself, “BTK,” which stands for “bind, torture, kill.”

Dr. Katherine Ramsland has appeared in more than 200 true documentaries and magazine shows, is the author of more than 1,500 articles and 68 books about true crime, and is a professor of forensic psychology at DeSales University in Center Valley, where she is the Assistant Provost.

According to a news release, the new documentary “BTK: Confession of a Serial Killer” in which Ramsland is interviewed provides “unprecedented access into the mind of Rader,” who is serving 10 consecutive life sentences in Kansas’ El Dorado Correctional Facility for the murders of 10 people in Wichita and Park City, Kan., between 1974 and 1991.

In “BTK,” Ramsland–whose correspondence with Rader has spanned a decade and is still ongoing–shares “the intimate details of Rader’s past and his gruesome murders while providing insight to arm criminologists and law enforcement on how to better identify and potentially deter extreme violent offenders in the future,” the release says.

One of the more unusual aspects of the Rader case is that he was able to evade capture for so many years, in spite of the fact that he taunted Kansas authorities and media with letters that described the ghastly details of some of his crimes.

During that time, Rader appeared to many in his community to be the quintessential family man, working at a series of jobs, serving as president of his church council and volunteering as a Cub Scout leader while raising two children with his wife in Wichita.

Ramsland will help peel back the layers on Rader to help viewers better understand how he became one of America’s most enigmatic serial killers, according to the news release, which notes that the documentary will feature “exclusive phone conversations with Rader himself; eye-opening new archival, comprehensive interviews; and access to Rader’s drawings and coded diaries, all paired with Dr. Ramsland’s expertise.”

“Through her deep and extraordinary work mapping some of the darkest corners of the human psyche, Dr. Ramsland has performed an invaluable service to law enforcement and the country at large,” said executive producer Dick Wolf of Wolf Entertainment. “Her insights become tools with which we can identify other monsters like BTK earlier in their evolution, and I am pleased to further Dr. Ramsland’s mission through this important and gripping new series.”

In addition to her apperances on TV, Ramsland is an executive producer of Roku’s Murder House Flip–a program inspired by the notorious 1995 Freeman family murders in Salisbury Township–and has consulted for hit TV series such as CSI, Bones and The Alienist. She is co-executive producer for the upcoming BTK documentary based on the years she spent talking with Rader, and also consults on death investigations, blogs for Psychology Today and is writing a fiction series based on a female forensic psychologist who manages an investigative team and accepts cases that include paranormal aspects.