One of the Lehigh Valley’s busiest north-south routes remained closed as of mid-day Tuesday due to utility wires that were brought down onto it by a car accident Monday.

Lower Saucon Township Police initially said they expected Rt. 378 between Mountain Drive and Seidersville Road to reopen by 11 a.m., but revised back that timeline in a subsequent alert sent out via their Nixle account, in which they urged motorists to avoid the area by using alternate routes and to “plan accordingly” if detouring around the closure. 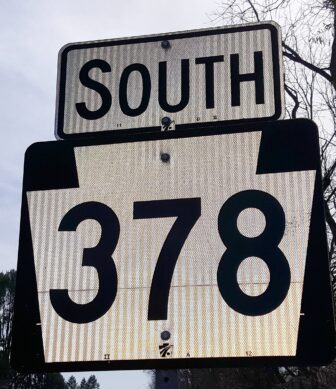 Police didn’t specify when or how the crash that brought down the wires occurred, but it apparently happened sometime in the late afternoon or early evening hours of Monday, Jan. 3. The road was closed to traffic by approximately 8:30 p.m. Monday.

As of 11 a.m. Tuesday, police said utility crews were on the scene and “working to rectify the issue.”

Police also shared their announcements on their Crimewatch site, which they use to keep the public informed about road work and other traffic-related and/or public safety issues.

A similar situation occurred in the same area almost exactly a year ago, when a tree fell on Rt. 378 south between Seidersville Road and Old Philadelphia Pike on Christmas Day.

The downed tree entangled in wires closed both lanes to traffic, and they remained closed for several days, with township police forced to divert traffic around the area.

Law enforcement officials cannot reopen a road to traffic until a utility responds and removes the downed wires, and in that cast the timing of the accident–on a holiday–may have contributed to the delay.