The area’s newest Wawa is expected to open Feb. 3. Finishing touches are being put on the gas station-convenience store, which is located on Rt. 309 at Passer Road in Upper Saucon Township. Pictured above is the store’s rear entrance.

The countdown to the opening of the Lehigh Valley’s newest Wawa is under way in the Southern Lehigh area, with thousands of motorists eagerly eyeballing the nearly-complete edifice at Passer Road and Rt. 309 in Upper Saucon Township.

The enormous convenience store and gas station has been under development for approximately two years, and is slated to open Thursday, Feb. 3.

Adjacent to the Wawa will be a new McDonald’s that is currently under construction and slated to open in March.

As of Wednesday, Jan. 26, counters, refrigerators, lighting, flatscreen menu displays, POS systems and other fixtures were in place inside the Wawa convenience store that will open on Rt. 309 in Upper Saucon Township in early February. 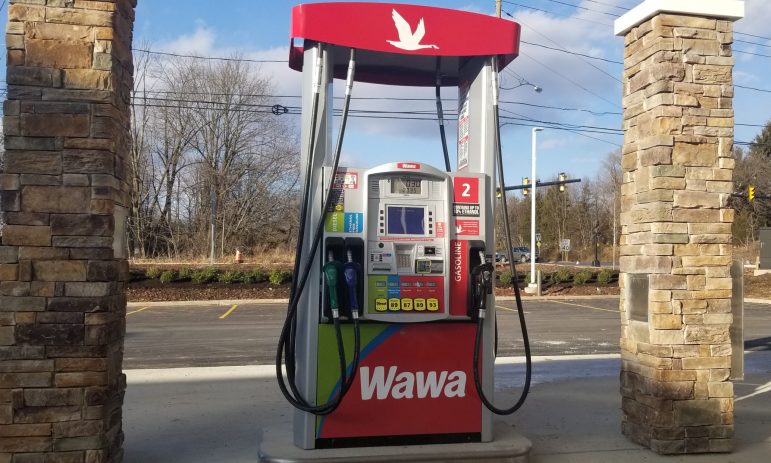 The gas pumps at the new Wawa haven’t yet been programmed to dispense fuel for purchase, however that hasn’t stopped at least a few passing motorists from pulling up to them in hopes of filling up their tanks.

The fuel pumps are covered by a large canopy, which is part of the standard architecture for new Wawa stores.

Electronic signs will soon display Wawa’s current gas prices along Rt. 309 and Passer Road in Upper Saucon Township. Above, the sign along Passer Road is illuminated but not yet displaying the price of regular unleaded and other types of fuel. 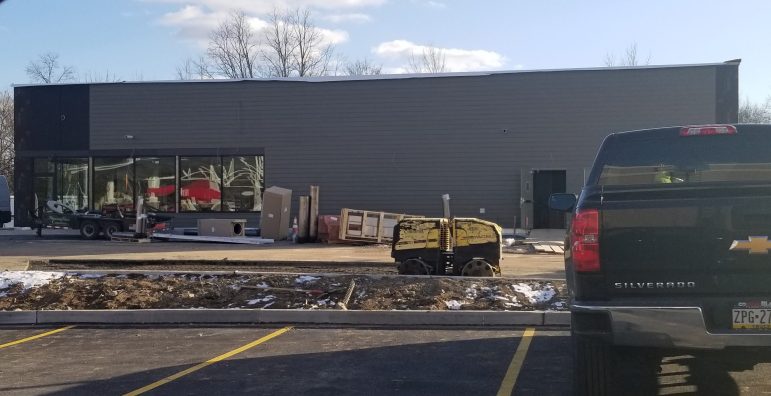 Just south of the new Wawa, a McDonald’s restaurant is under construction. The McDonald’s is expected to open in March.

The front side of the building faces Rt. 309. The gas pumps are located between the north-south highway and the building. 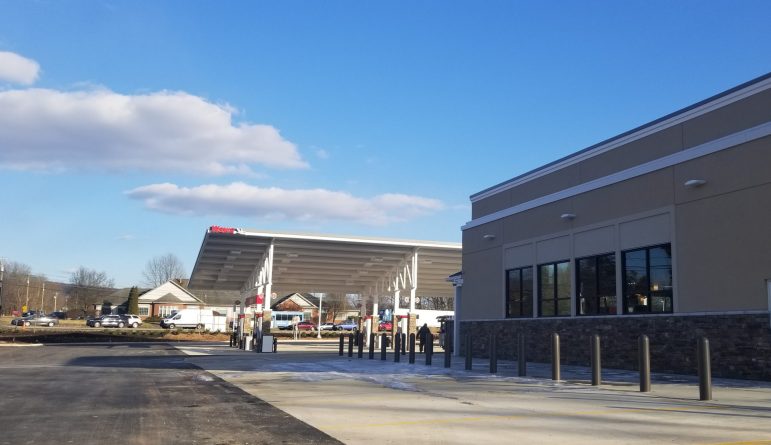 Parking is available on all sides of the Wawa. Above, the north side of the building is flanked by a row of empty spaces. Behind them are the gas pumps and Rt. 309.

A directional sign in the Wawa parking lot points motorists toward the exit for Rt. 309 south. 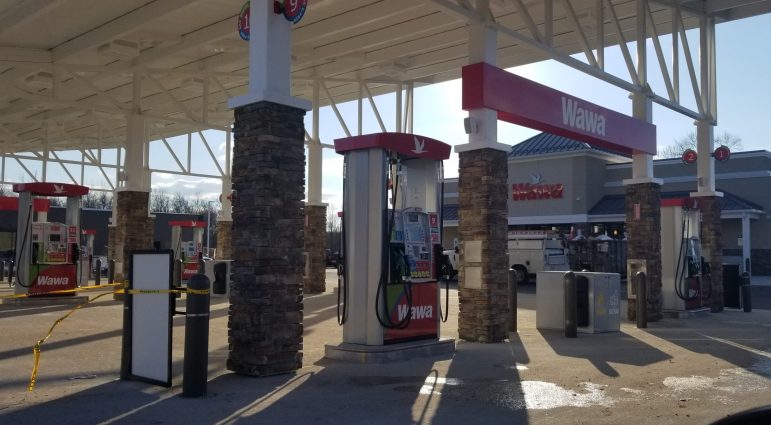 Work on the Wawa was under way on Wednesday afternoon, a little over a week before its scheduled opening.

A frozen retention pond forms part of the boundary between the new Wawa and houses to its west.