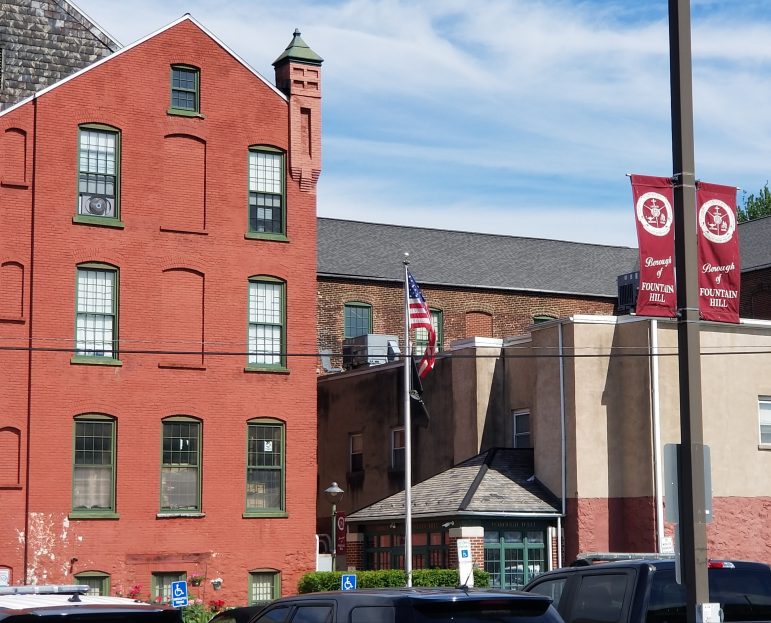 It’s “a thrill to live on the Hill,” as the saying goes, but if families are unable to enjoy a day in the park due to trash, noise and property crime, there’s certainly less to brag about.

Much of the discussion at the May 18 Fountain Hill Borough Council meeting centered on a summer playground program and the state of the borough park in which it is held.

Council members discussed the Stanley Avenue playground’s basketball court, which they said has drawn 18- to 35-year-old players who frequently leave litter in their wake.

Fountain Hill Police Investigator Richard Krasley said police were investigating a recent vandalism case involving spraypainting at the park, and council discussed the use of dirt bikes there, which it decided should be prohibited via a revision of a borough ordinance.

To limit use of the court by adult basketball players, it was suggested that the basketball rims be removed for two weeks prior to the start of the summer playground program, which begins Thursday, June 23 and will run until mid to late August. The program, which is under the leadership of a new coordinator, provides outdoor activities for borough children from 9 a.m. to noon and from 6 to 9 p.m.

The park program will benefit families with young children in need of structure throughout the summer, but unfortunately the Fountain Hill Pool being closed will not.

The pool is closed due to maintenance issues and it is unclear if or when it will reopen, although a committee has been formed to try and restore the facility to its former glory.

At their meeting, council members discussed the possibility of securing a Community Development Block Grant to help pay for repairs to the pool. In order to be eligible, 50 percent of the borough’s residents must be classified as having a low or moderate income; a standard which council members said could represent a hurdle if they were to apply for funding. If the borough’s grant application is denied, the denial could also jeopardize the Fountain Hill’s future chances of receiving federal grants, council members said.

This summer, Fountain Hill residents who still want to swim can do so at the Hellertown Pool without having to pay a non-resident rate. The borough reached an agreement with Hellertown officials to allow for that, and season passes as well as discounted packs of daily admission passes are now available for purchase at Fountain Hill Borough Hall.

In other business, council discussed an electronics recycling event that is being planned for September. The event will be free for borough residents to attend, although there may be fees for recycling certain items. More information will be shared in the future and residents are encouraged to follow Fountain Hill Borough on Facebook for updates.

The borough regularly shares updates on its website and on Facebook, but council discussed whether enough is being done to make residents aware of upcoming events, meeting agendas and other issues of local concern.

Councilman Doug Trotter suggested the possiblility of using text, phone and email alerts to help notify residents of those issues.

Council president Norman Blatt said service providers that offer those options can be looked at, but cost could be a concern. He said the cost could be shared across borough departments that would be utilizing the system, and added that landline only customers could be signed up at the window in Borough Hall when people come there to pay bills.

Finally, Keith Zaner was hired as the new borough zoning officer at a salary of $65,000 a year, with medical benefits and 2.5 weeks of paid vacation. Zaner’s start date was May 26.