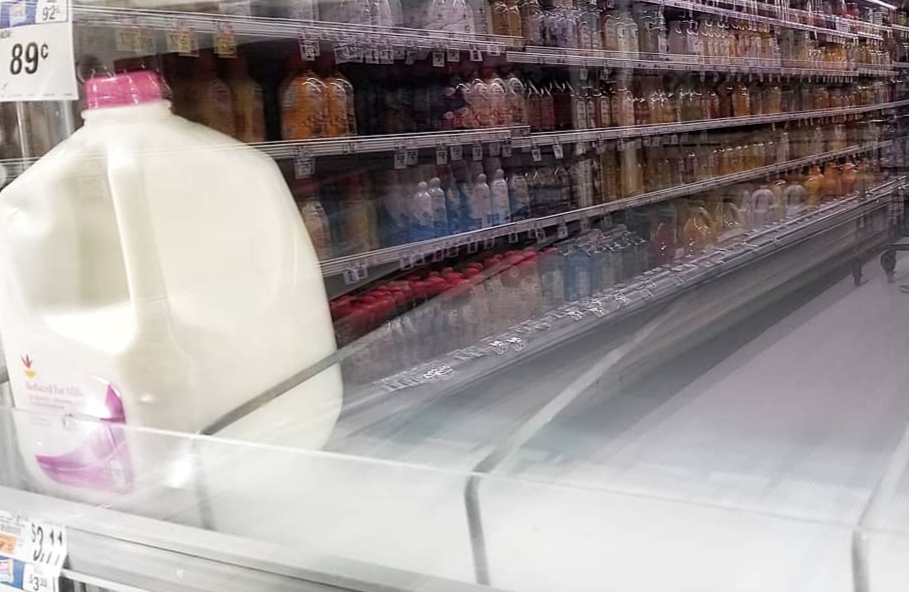 Some types of milk were running low at the Giant Food Store on Leithsville Road in Lower Saucon Township Monday evening.

If you’re not a fan of snow, the next couple days could be a little rough. A major winter storm is on the way, according to meteorologists.

In an updated statement Monday afternoon, the National Weather Service warned residents of eastern Pennsylvania and New Jersey that a rapidly intensifying, “major Nor’easter” is expected to strike the area beginning Tuesday evening.

The storm could dump 10 to 14 inches of heavy, wet snow on east central Pennsylvania, with the greatest amounts likely in the higher elevations, according to the NWS’s winter storm watch.

Pennsylvania Weather Action is predicting snow accumulations of 8 to 14 inches across the Lehigh Valley, with snowfall rates of 1 to 2 inches an hour. Lehigh Valley Weather Authority on Facebook issued a similar call.

“Travel will probably be very difficult to impossible, including during the evening commute on Wednesday,” the NWS said. “Significant reductions in visibility are likely…especially during Wednesday afternoon and evening.”

The NWS also noted that “power outages may develop from newly broken tree limbs or from uprooted trees in the softened ground, especially where 6 inches or more accumulates on the branches. This could become a dangerous situation and contingency plans should be developed for altering activities…Wednesday.”

Several hundred Saucon Valley area residents are still without electricity as a result of Friday’s snowstorm, which knocked out power to thousands of PPL customers in Northampton County and beyond.

PPL has promised a restoration of power to the remaining affected Saucon Valley residents by Wednesday, but the approaching storm could affect the company’s response in addition to causing more outages.

Hellertown Fire Chief Mike Maguire said the Dewey fire hall in the borough–which is equipped with a backup generator–will open as a warming station if needed.

He said he will be meeting with local emergency management officials to formulate a plan in the event of more power outages, with details to follow.

The situation is similar in Lower Saucon Township, where township manager Leslie Huhn said Monday that she was in the process of receiving a briefing from PPL about their ongoing response to the last storm.

“In addition, the county will be releasing a weather advisory update around 5 p.m. today,” Huhn said. “After we receive those two updates, we expect to have a better picture of current outages and future weather implications.”

Huhn said she plans to meet with township staff Tuesday morning to discuss the information.

An email to Saucon Valley School District superintendent Dr. Craig Butler about whether something similar might be implemented at Saucon Valley in the event of more power outages wasn’t immediately answered.

Around the Saucon Valley, some signs of the impending storm were evident, particularly at Giant Food Store on Leithsville Road, where the milk supply was running low and lines were long at registers late Monday afternoon. 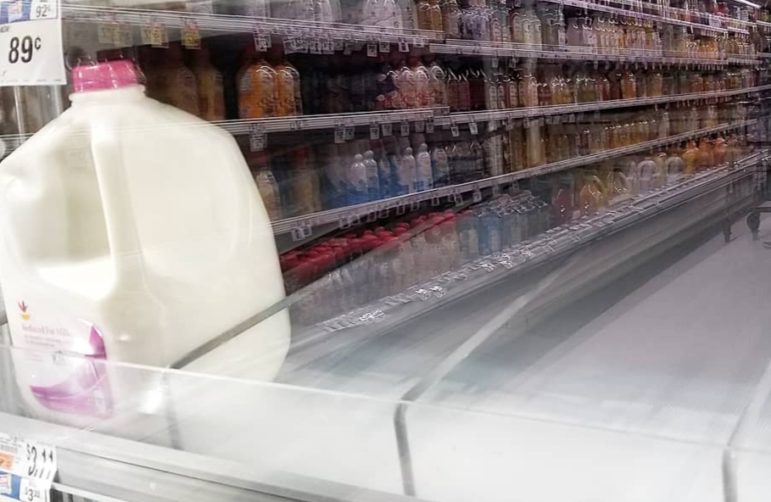 Some types of milk were running low at the Giant Food Store on Leithsville Road in Lower Saucon Township Monday evening.

Residents should continue to follow local weather forecasts for updates on this developing winter storm.

Residents are also being advised to follow the advice of local officials and consider staying home Wednesday, if conditions deteriorate, making travel difficult.