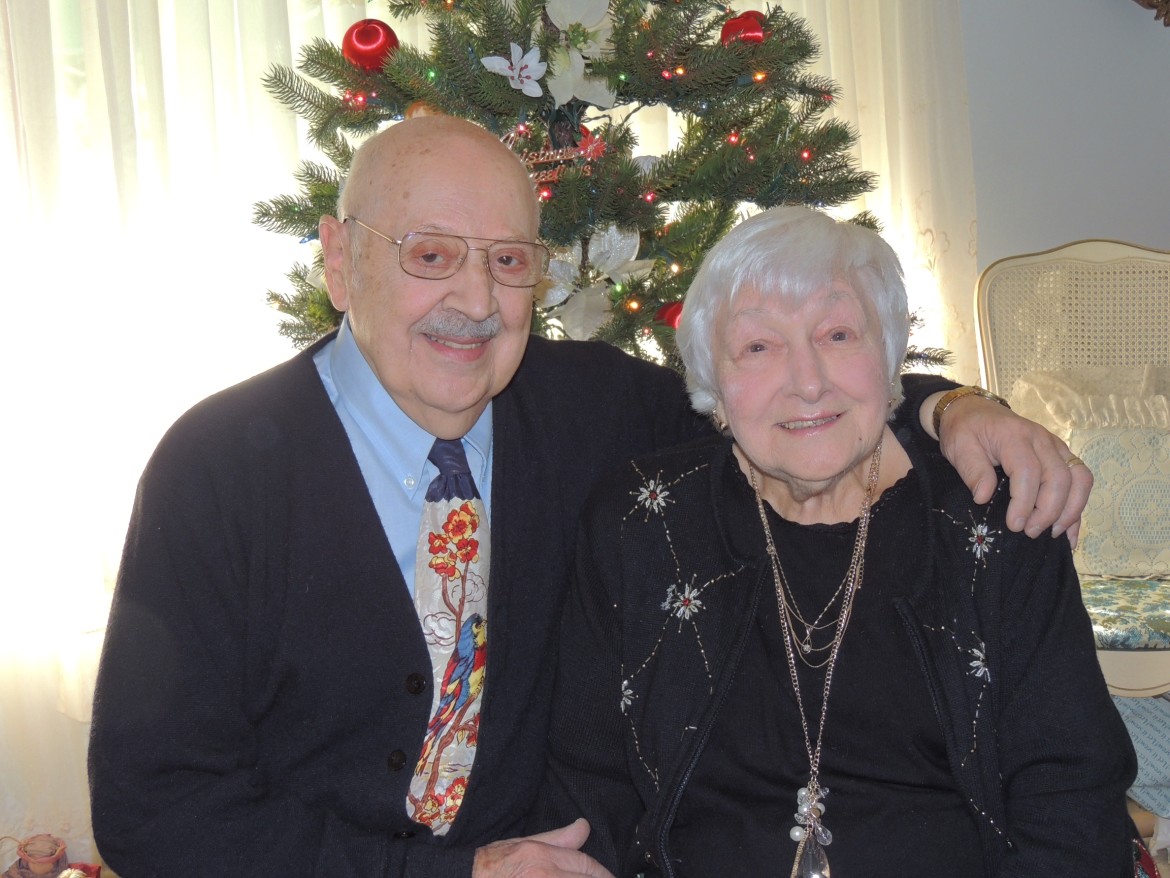 Teribio and Katherine Cuono celebrated 66 years of marriage on Dec. 26, 2014.

Katherine and Teribio Cuono of West Bangor celebrated their 66th wedding anniversary on Dec. 26, 2014 with their family. 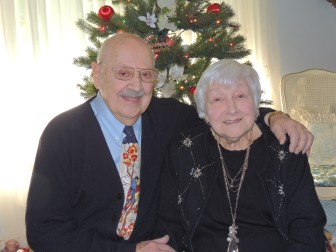 Teribio and Katherine Cuono of West Bangor celebrated 66 years of marriage on Dec. 26, 2014.

Mrs. Cuono is the daughter of the late Giuseppe (Joseph) Sr. and Maria Giuseppa (Carrescia) Cerino who lived in Bangor. She retired from the garment industry in 1988.

Mr. Cuono is the son of the late John Sr. and Madalena (Nicoletti) Cuono, who lived in West Bangor. He retired in 1987 after 36 years in the garment industry. He served in the 5th Air Force Army in the South Pacific during World War II.

The couple was married on Dec. 26, 1948 in Our Lady of Mt. Carmel Catholic Church, Roseto, by the late Rev. Joseph Ducci. Mrs. Cuono, given in marriage by her father, wore a white satin gown trimmed with seed pearls and sequins. A headdress of seed pearls held her fingertip veil, and she carried gardenias and lilies of the valley. The maid of honor was dressed in an aqua taffeta gown with matching Juliet cap. She carried white chrysanthemums. The flower girl’s frock was white satin. She wore a matching headpiece and carried white carnations. Members of the bridal party were the best man, the late Mr. Angelo Cuono, the groom’s brother; the maid of honor, the late Mrs. Marie (Visingaldi) Albanese; and the flower girl, Mrs. Cecilia (Cascioli) Oliver.