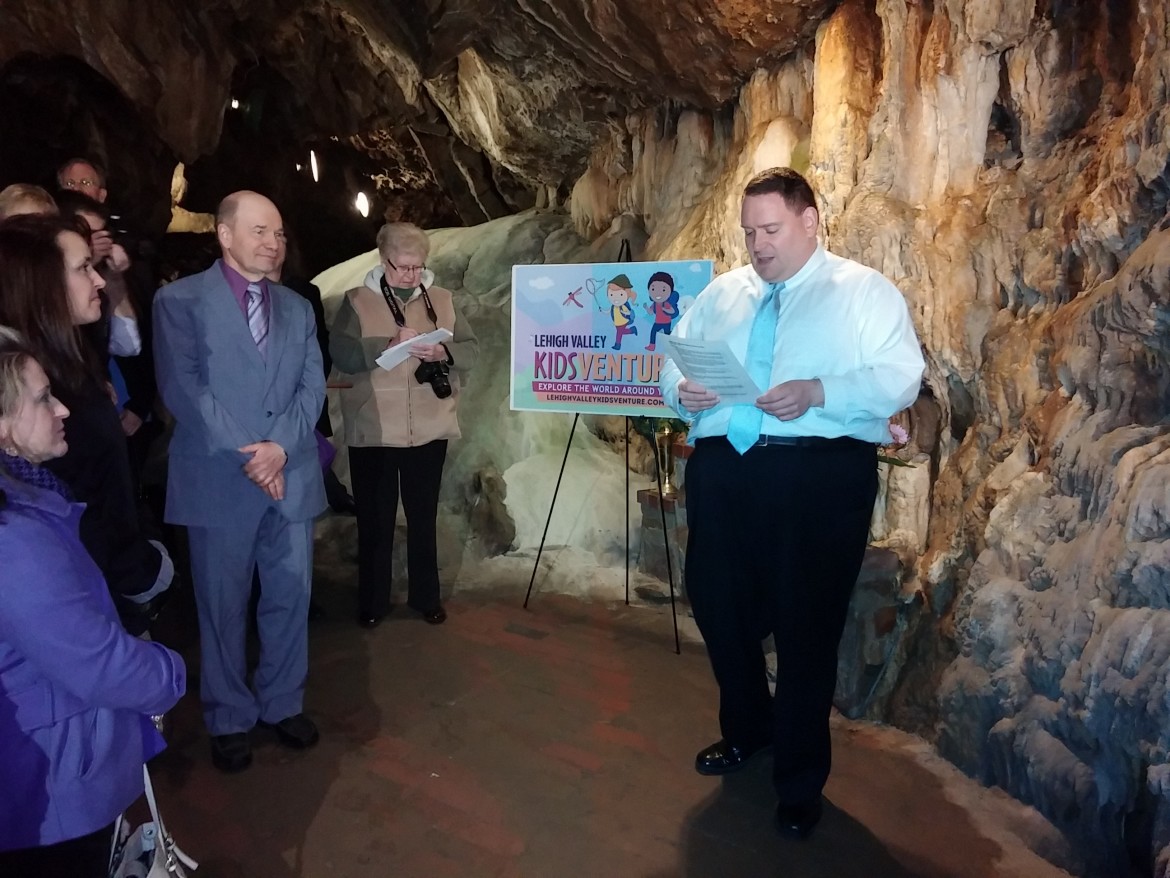 A new partnership between regional attractions and the organizations that promote them was launched Tuesday at Lost River Caverns in Hellertown.

A new partnership initiative to promote kid-friendly Lehigh Valley attractions to local residents and visitors was launched Tuesday in the Crystal Chapel at Lost River Caverns in Hellertown, as snow fell outside and cave co-owner Bob Gilman quipped that the weather in the cave was a comparatively “balmy” 52 degrees (a temperature that remains constant year-round). 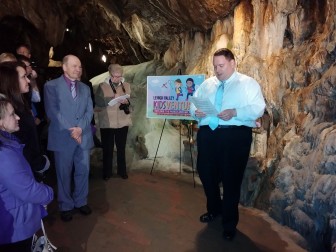 A new partnership between regional attractions and the organizations that promote them was launched Tuesday at Lost River Caverns in Hellertown. Pictured speaking is Da Vinci Science Center’s Dennis Zehner. Standing at left is cave co-owner Bob Gilman.

Lehigh Valley Kidsventure is being led by Allentown’s Da Vinci Science Center, and is described as “a regional partnership to help kid-friendly attractions and hospitality partners promote their experiences collectively to families.”

“We don’t take advantage of all the great things in our own backyards,” said Da Vinci CEO Lin Erickson, who said people tend to think about traveling to far-off destinations first.

A website created for the partnership features a downloadable “bookmark” that visitors can use to redeem discounts at participating attractions from April 1 through Oct. 31, 2015.

For example, visitors to the cave who present the bookmark will receive $1 off each adult admission and $.50 off each child admission.

Bookmarks will be available at partner locations beginning March 16.

Lost River Caverns co-owner Beverly Rosewicz said the partnership has been in the works for some time, and along with others who were present for the unveiling, expressed optimism that it will help increase exposure for many local attractions.

“We’re happy to have so many partners involved in this project,” said Mike Stershic, president of Discover Lehigh Valley. “It’s all about being a family-friendly destination.”

The Crystal Chapel at Lost River Caverns was once used as a venue for weddings, and before that it was a dance hall at the turn of the century, Gilman noted.

The cave itself has been open for tours since 1930–a year after the Gilman family purchased it.

“The cavern entrance was first opened to the surface in 1883 by quarry workers when they ignited a black powder blast to remove limestone from the cliff face,” according to a history posted on the Lost River Caverns website.

More information about the cave and its long history is available on its website. 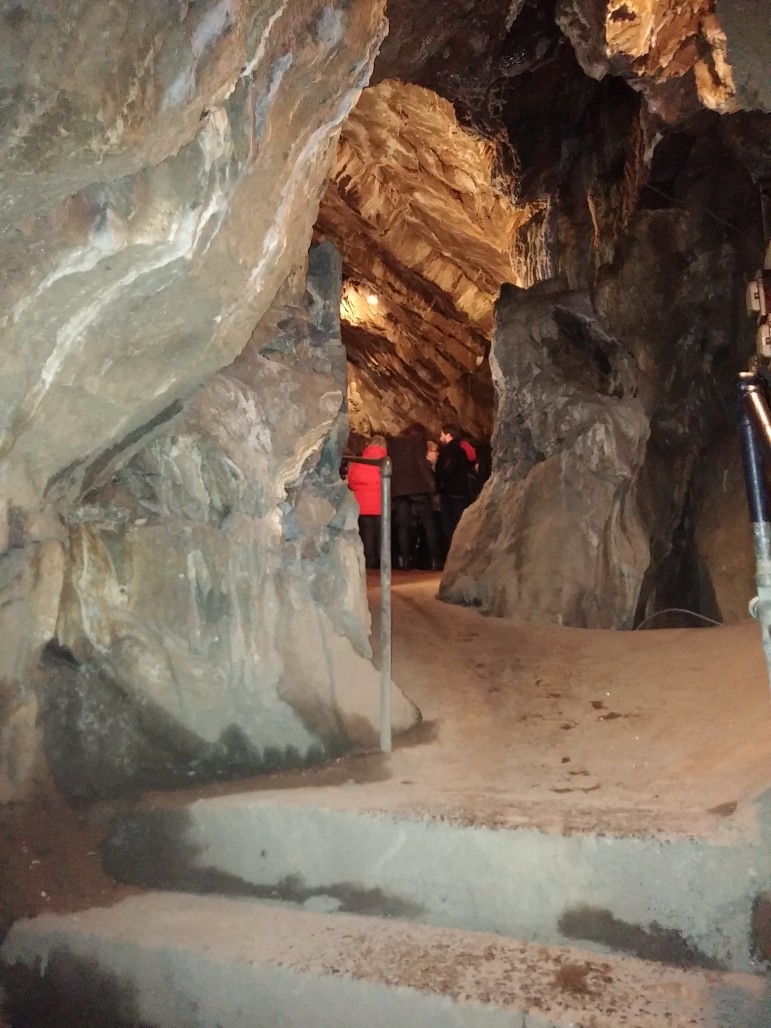 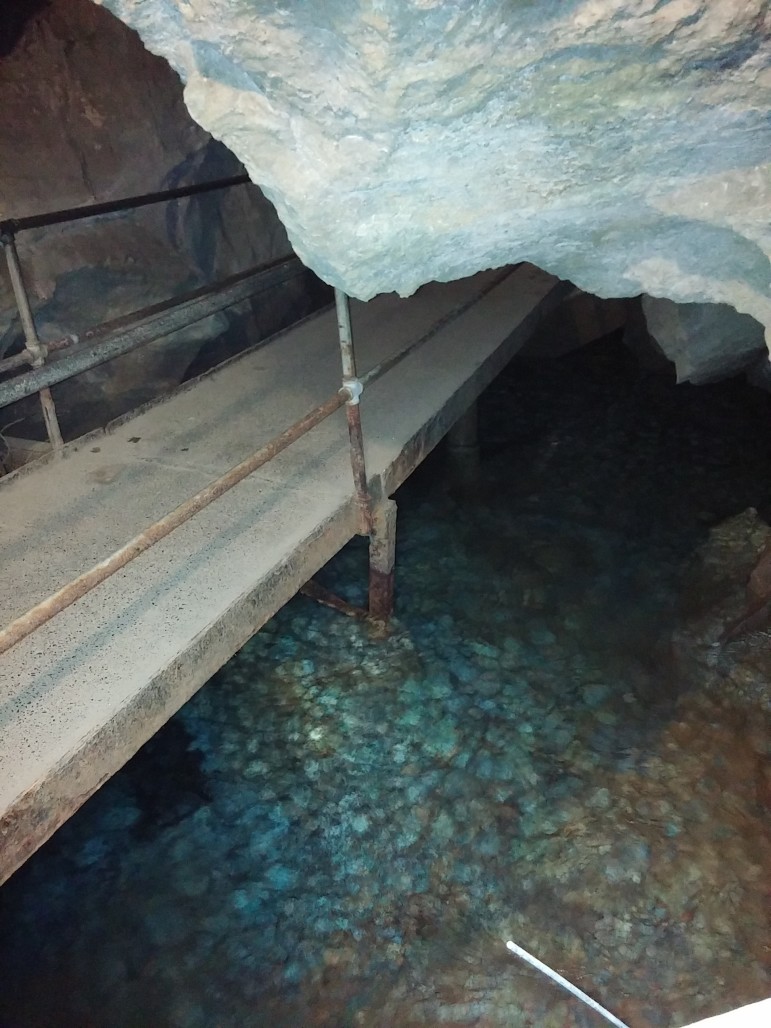 The “Lost River,” from which Lost River Caverns derives its name. Legend states that nobody knows where it begins or ends. 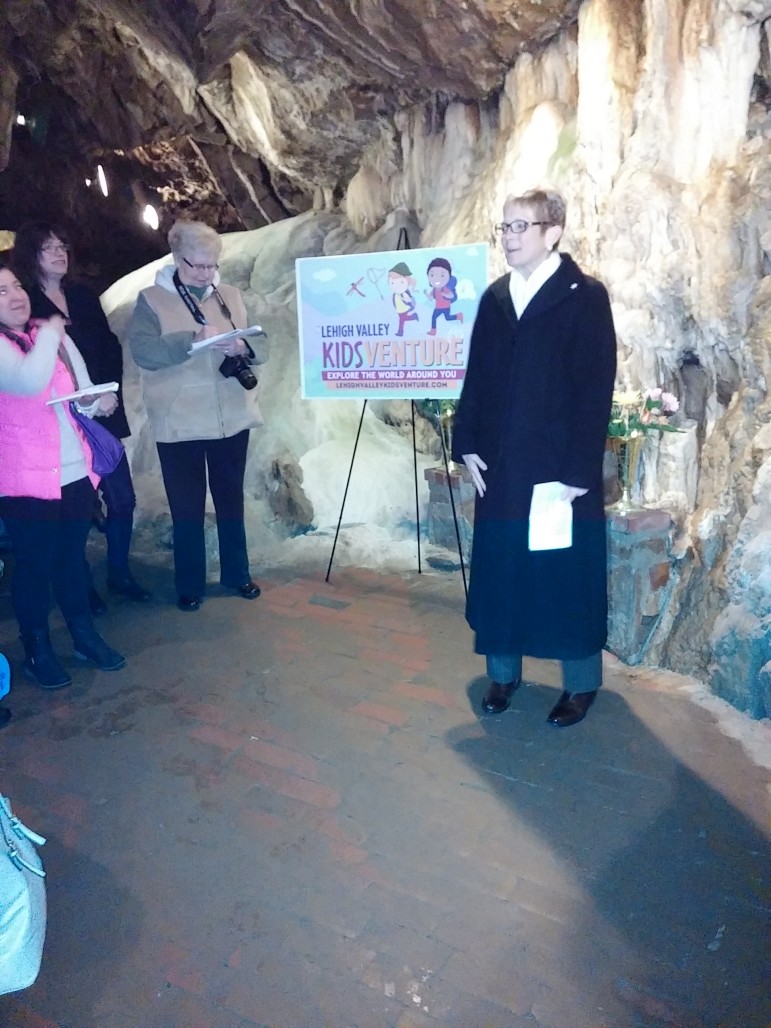 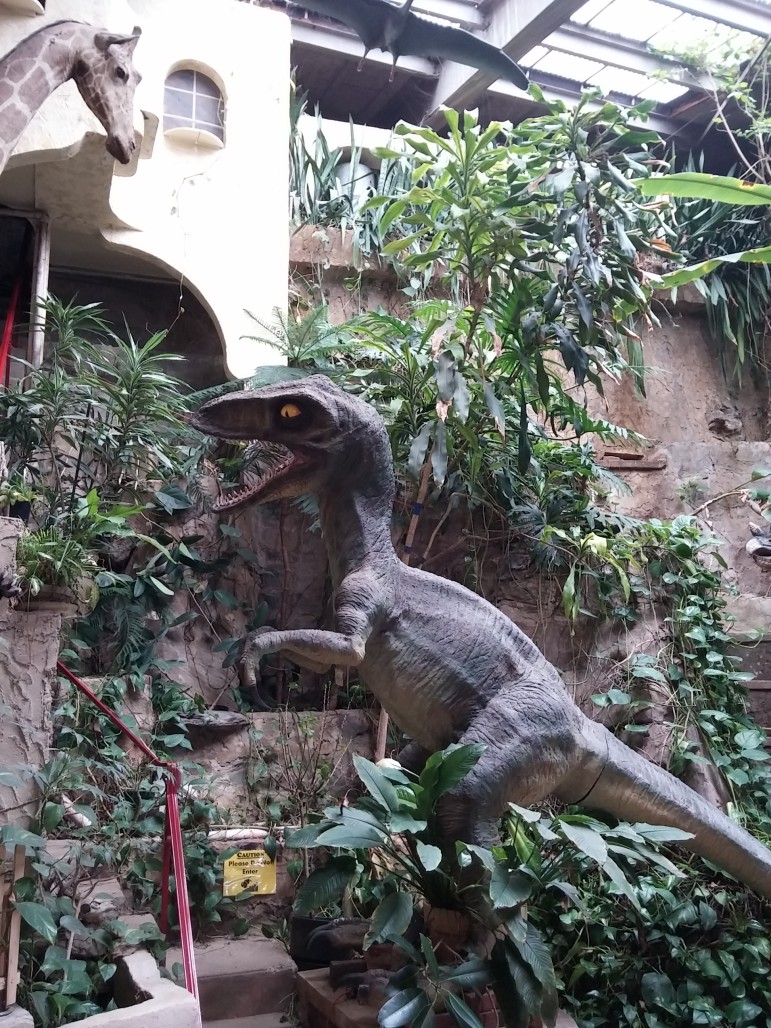 One of the most iconic parts of Lost River Caverns is its lobby area, which features a lush tropical garden and dinosaurs.