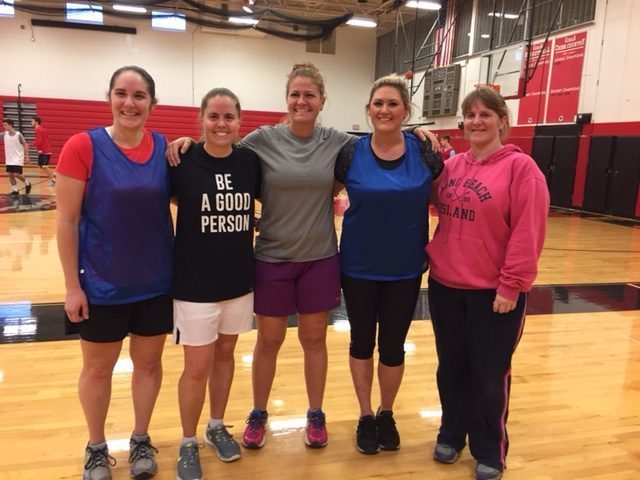 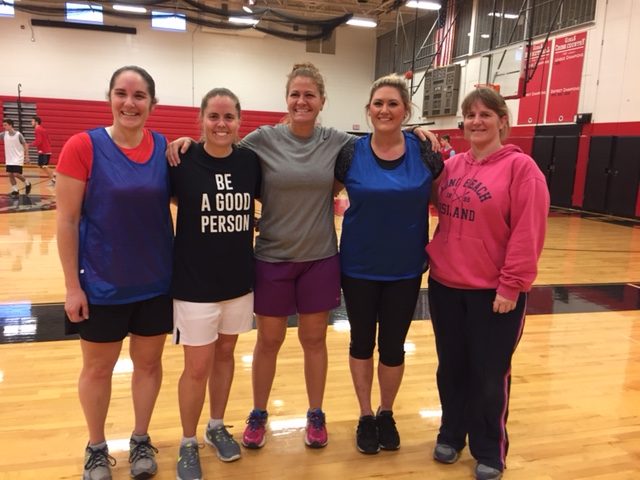 It was not a typical basketball practice when the Saucon Valley junior high girls’ basketball team took to the floor in the high school gym Tuesday. Five members of Saucon’s hugely successful 1996 squad showed up to play and share some words of wisdom and encouragement to the struggling program. The 1996 Saucon Valley Panther girls’ basketball team, under coach Jack Kametz, won 20 games and played in the PIAA state tournament.

Patty (Pearson) Kuronya (Class of 1996): When she wasn’t on the hardcourt at Saucon Valley, Patty was on the softball field. In fact, Patty went on to play softball at DeSales. Patty is a proud parent with children attending SV.

Jaime Wohlbach (Class of 1996): When Jaime was in high school she was an exceptional field hockey and softball player in addition to playing basketball. Jaime hit the game-winning shot in Saucon’s only PIAA state playoff victory against Holy Name (Reading) in 1996. Jaime is currently the head softball coach at East Stroudsburg University.

Chrissy Pearson (Class of 1998): Saucon Valley’s second leading scorer of all time. She still may hold the record for most three-pointers. Chrissy is a 1,000 point scorer and also was a standout tennis and softball player for the Panthers. She went on to play and coach softball in college.

Jennifer King Schmell (Class of 1998): In addition to basketball, Jen was also an outstanding field hockey and softball player for Saucon Valley. She continued her field hockey career at Lafayette College. Jen is also a proud-momma with a child in the District.

Stevie Ochse (Class of 1998): Stevie is another outstanding athlete representing Saucon Valley. In addition to being a 1,000 point scorer in basketball, she excelled at soccer and also played tennis. Stevie went on to play soccer at Moravian College and, of course, is currently the Panthers girls’ soccer coach.

In addition to scrimmaging with the junior high players, the alumni had “big-sisterly” conversations with the teens about a wide range of things. Topics discussed included the importance of effort and hard work. They talked about teamwork and communication. The rap session also included dialogue that hit on being optimistic and working toward creating positive change.

The former players also impressed upon the young ladies that they were all multi-sport athletes growing up. And, that of all of their high school teammates, only 1,000 point scorer Amy Thomson (Class of 1996) went on to play basketball in college (Lehigh).

Finally, the former Panther stars, talked about the positive relationships that were formed through high school sports. Their lasting friendships are mostly credited to the many, many hours spent together practicing and participating in sport.

A special thanks to these former Panther-Greats for giving back to their community and…making a difference. 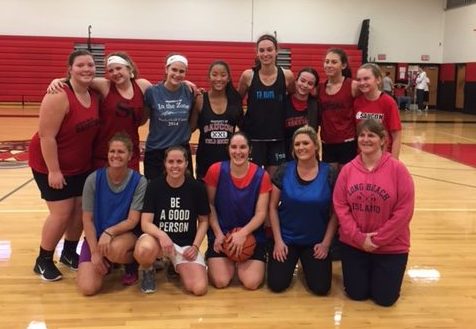 SV girls’ basketball members, past and present, got together yesterday and played some ball.