Mark Edward Holland, 46, of Reading and formerly of Hellertown, was killed in a hit-and-run in the 1000 block of New Holland Road in December.

Police in Reading have filed charges in a case involving a former Hellertown resident who was killed in a hit-and-run crash as he was walking in the 1000 block of New Holland Road in Kenhorst, Berks County, on Dec. 11, according to a story published by WFMZ.com. 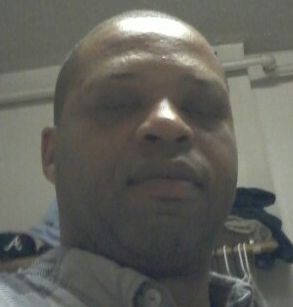 A cash reward is being offered by Crime Alert Berks County for information leading to the arrest of Toy Nakia Powell of Reading, who is wanted for allegedly killing a former Hellertown man in a hit-and-run accident in Kenhorst, Berks County.

Police say Toy Nakia Powell, 41, of Reading was driving a black 2006 Infiniti he had recently purchased–which was later found in the city–when he allegedly hit Mark Edward Holland, 46, also of Reading, and didn’t stop, the article said.

Holland, who died as a result of his injuries, was a 1990 graduate of Saucon Valley High School, a U.S. Navy veteran and a truck driver, according to his obituary.

He was survived by a son, Cordel R. Holland, as well as his father, Robert B. Holland of Coopersburg.

He is charged with accidents involving death or personal injury (a second-degree felony), failure to stop and render aid, failure to notify police of an accident involving injury or death, careless driving and speeding, according to court records.

Police are asking anyone who knows where Powell is to contact Crime Alert Berks County by calling 877-373-9913 or via anonymous text to 847411 (start the message with keyword alertberks).

A cash reward is being offered for information that leads to an arrest.

Mark Edward Holland, 46, of Reading and formerly of Hellertown, was killed in a hit-and-run accident in the 1000 block of New Holland Road in Kenhorst, Berks County, pictured above, in December 2016.