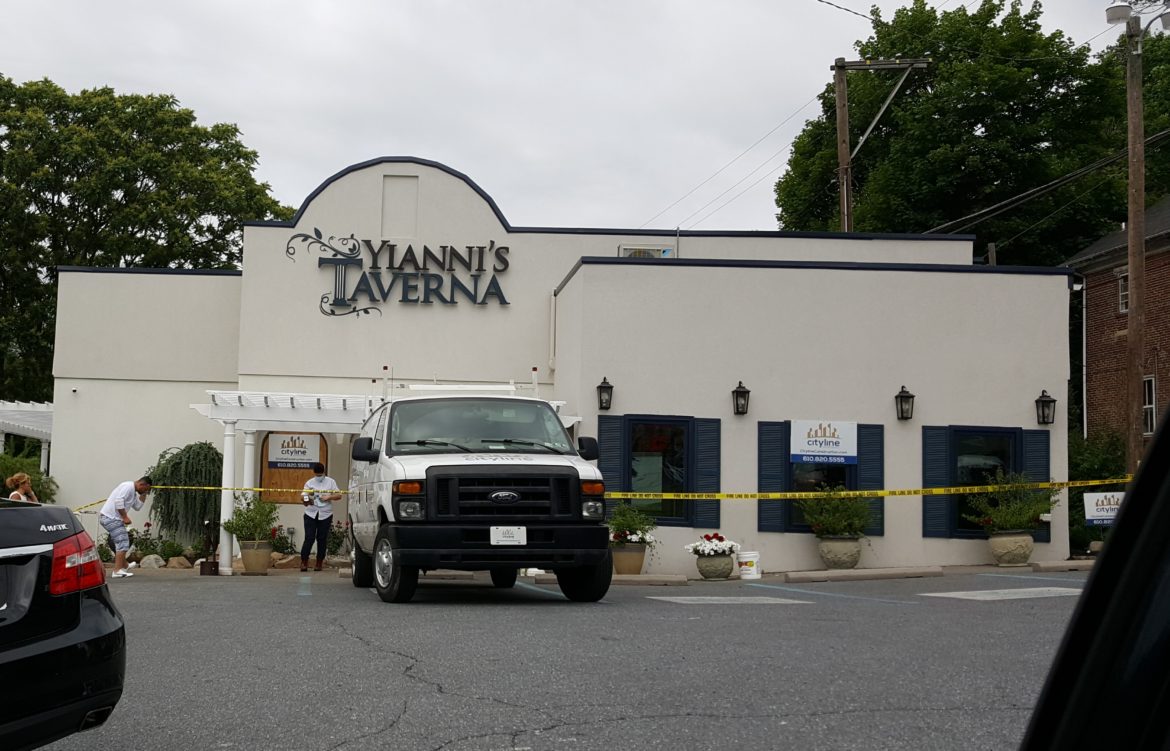 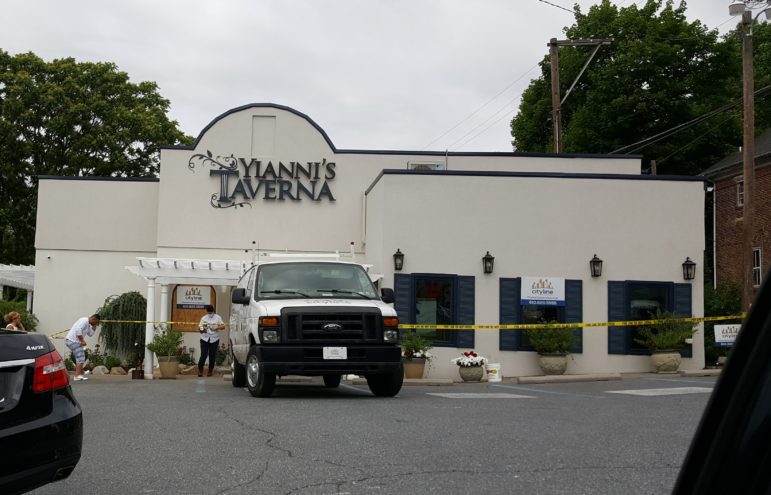 A fire that was reported around 11 p.m. Wednesday badly damaged the popular Greek restaurant Yianni’s Taverna, which is located at Seidersville Road and Old Philadelphia Pike in Lower Saucon Township, near Rt. 378.

The Facebook page for the website Newsworking–which covers fire-related news in the Lehigh Valley–reported that firefighters arrived to find a working fire in the restaurant’s kitchen, and that both the kitchen and dining room suffered damage.

Lehigh Valley Live reported that as many as 50 firefighters from numerous volunteer companies in Lower Saucon Township and surrounding areas battled the conflagration.

As of Thursday morning, a state police fire investigator was on the scene to search for the cause of the fire, the website also reported.

WFMZ Channel 69 News reported that no one was hurt in the blaze, and that the owners of the restaurant–members of the Zannakis family–were too upset to speak about it at the scene.

The building that houses Yianni’s–and formerly the restaurant Gus’s Crossroads–has been the scene of several fires over the years.

In February 1996, a wiring malfunction sparked a large blaze that caused about $300,000 in damage to the restaurant and a second floor apartment, according to a Morning Call archived article.

In the 2000s, Gus’s Crossroads became Yianni’s–which serves a menu featuring authentic Greek cuisine–and the building was extensively renovated inside and out to reflect a Mediterranean atmosphere with an outside dining area.