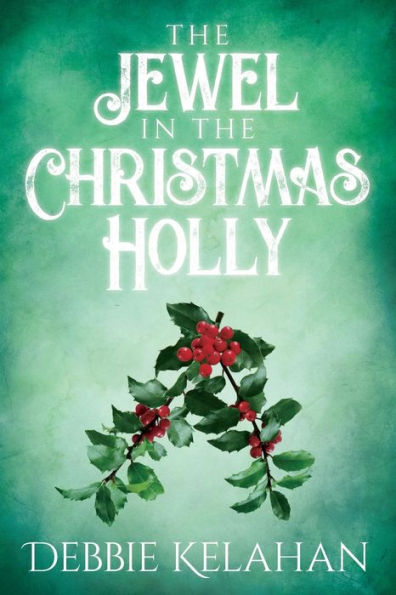 The Jewel in the Christmas Holly is Hellertown author Debbie Kelahan's first novel.

Debbie Kelahan’s story is one part hard work, plus one part determination, multiplied by a whole lot of perseverance with a bit of Christmas magic sprinkled on top. 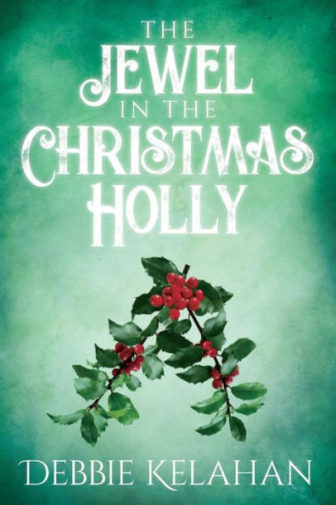 The Jewel in the Christmas Holly is Hellertown author Debbie Kelahan’s first novel.

The author of “The Jewel in the Christmas Holly,” released in July, Kelahan, who lives in Hellertown, says that from the time she was very young she had a desire to write a book, which just makes sense, since she has always loved reading and owns quite a few books.

“A degree in English helps, too,” she quips. “I wrote on and off my entire life, but I never actually finished anything to my satisfaction until now.”

In fact, Kelahan recalls writing a short story in high school at about the age of 15 that she tried to get published. “(It was) a very short story, which was only a few pages long,” she says. “I was dying to get something published, so I cleaned the story up–I think it was some kind of talking animal one–and took out a Writer’s Digest book from the library and followed their advice on how to send out query letters to literary agents and publishers.”

And, much to her excitement, one of those letters, to a publisher in New York, actually generated a response. 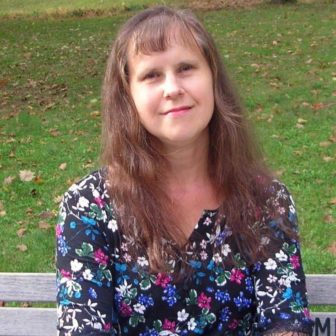 The author is a life-long lover of books.

“I did get a reply from them. A Ms. Kane, I remember, wanted to take a look at my story, so I made a copy of it and sent it off. Unfortunately, it was rejected, but I didn’t mind. It was exciting just doing that much, and I never forgot it,” she says.

The Jewel in the Christmas Holly is Kelahan’s first published work and her first book-length effort, which she describes as a “young adult medieval fantasy.”

“I really like reading about the Medieval era,” she explains, “and I definitely wanted to write a story that centered on that time period in history, but I wanted something more. Since I like fairy tales and mythological characters I wanted to create characters that I could place in this historical era, which means I would be writing a fantasy story, which I didn’t mind at all, either.”

Kelahan says she also enjoys long adventure stories, so it made sense that her novel would incorporate an adventure of some sort, with the main character “going after something.”

“So I picked a jewel,” she explains. “A common enough idea, but I had to make it unique and my own. Since the jewel is what it is–I don’t want to tell what kind of jewel it is–you’ll have to read the book to find out–I wanted it to be connected to Christmas and so my story was born.”

It took Kelahan about a decade to write the book.

“I would say on and off for about 10 years,” she recalls. “There were some years when I did absolutely nothing, but one day, I decided that this was it. No more procrastinating. I was going to finish it and so I did. The rest, as they say, is history.”

Kelahan decided to publish “The Jewel in the Christmas Holly” independently after reading an article that talked about the pros and cons of traditional versus independent publishing. “I figure that, based on the article, if I had to market my own book anyway, whether it be traditional or otherwise (I understand with traditional, you still have to be your own salesperson for the most part), then I may as well go independent. At least I can get it published a lot faster than I would if I had to go through a traditional publishing house.”

The biggest challenge in writing a book, according to Kelahan, is actually getting yourself to sit down and write. “That isn’t always easy,” she says, “but you have to make it a routine, or nothing ever gets done. Days and weeks can easily go by in a flash and you wonder what you were doing all that time. You don’t want that to happen if you are serious about getting a story done.”

Which plays directly into Kelahan’s advice to fledgling writers: “Don’t give up. Keep sticking with your story, even on days where you don’t feel like writing. Even if you just have to write just a few sentences per day, then that’s what you do to keep it going.”

Kelahan is taking her own advice and working on her second book now. “And yes, I do have other ideas for more stories,” she says. “I typed up some plots for the future. Any good ideas that come to me get quickly saved.”

Those interested in purchasing a copy of “The Jewel in the Christmas Holly” can find it online through Amazon.com or BarnesAndNoble.com. It’s also in the electronic catalog of independent bookstores nationwide. She will also be at the Barnes and Noble on Rt. 33 in Bethlehem Township with copies of her book on Saturday, Nov. 18, from 2-4 p.m., and at the Moravian Bookstore in Bethlehem on Saturday, Dec. 2, from 6 to 8 p.m.