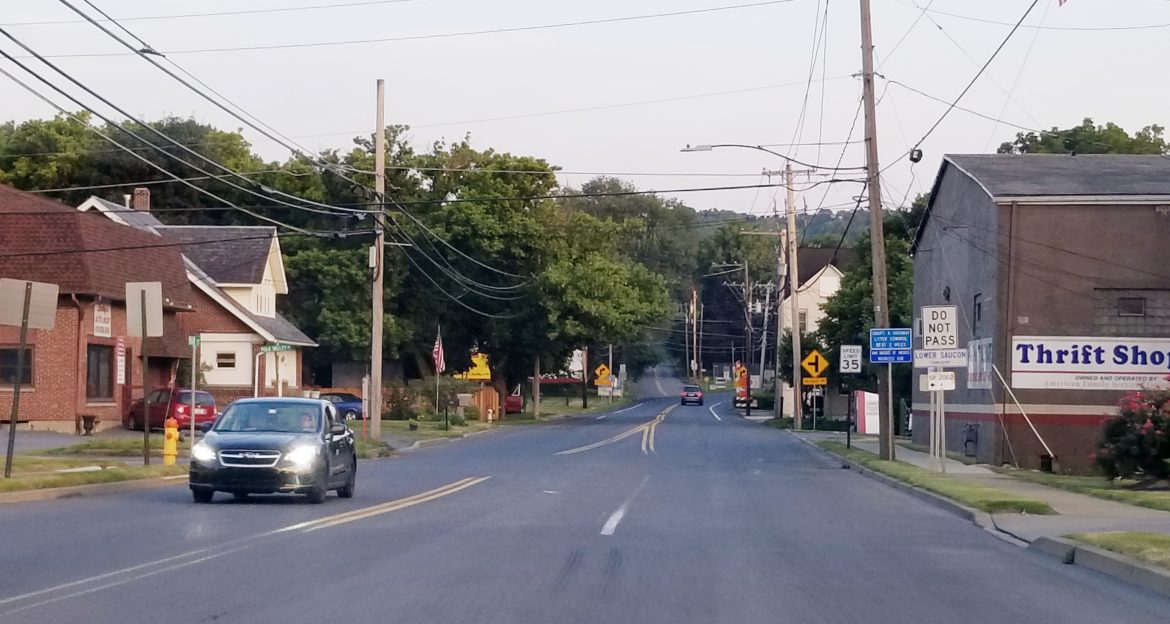 The intersection of Main Street and Polk Valley Road in Hellertown and Lower Saucon Township is a challenging one for pedestrians to cross due to the amount of traffic in the area.

Improved pedestrian access to the west side of Main Street, and beyond that the Saucon Rail Trail, could be coming to the south end of Hellertown if the borough receives a grant that borough council voted 6-1 to apply for Monday.

The grant would help pay for a bridge across a mill race that would connect Tumminello Park–which is sandwiched in between two lower Main Street businesses–and the Saucon Rail Trail. The connection would allow pedestrians to more safely walk to the Creekside Marketplace (Giant) shopping center just down the road in Lower Saucon Township.

It would also pay for a pedestrian-activated crosswalk at the intersection of Polk Valley Road and Main Street, borough manager Cathy Hartranft said. 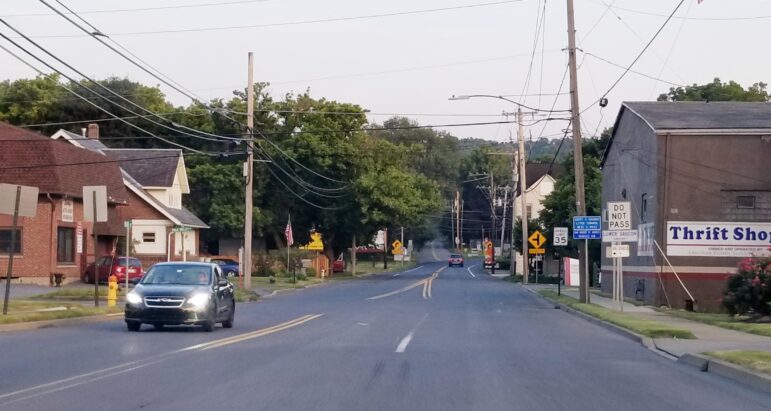 The intersection of Main Street and Polk Valley Road in Hellertown and Lower Saucon Township is a challenging one for pedestrians to cross due to the amount of traffic in the area.

At the meeting, council members said they planned to apply for grant money to help pay for the installation of a traffic light at that intersection.

A traffic light has been proposed there in the past, but several years ago borough officials withdrew their support for the project, which would have an impact on several nearby businesses.

One of the reasons council members said they were withdrawing support for it was that the nearby Walnut Street traffic light can be used to turn left onto Main Street. However, since the closure of the Meadows Road Bridge, the volume of traffic flowing throw the Walnut-Main Street intersection has increased, and borough officials have said they will ask PennDOT for a study to evaluate the possible addition of a left turn arrow there. 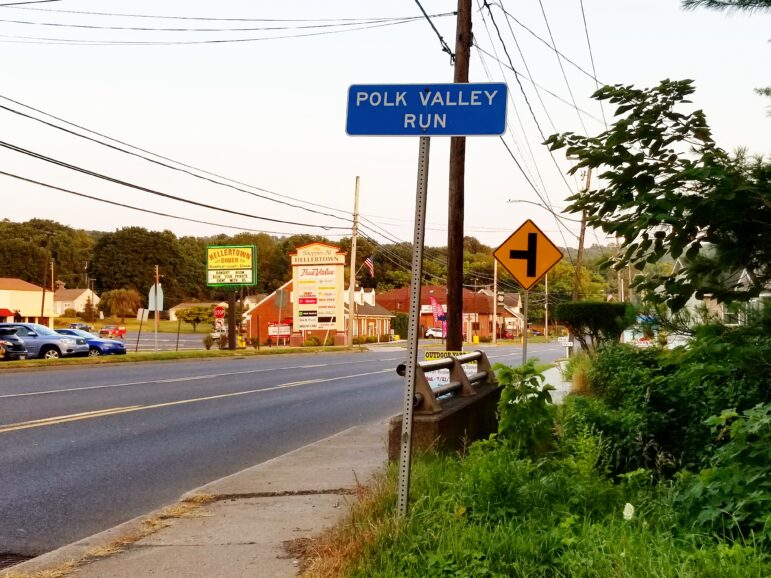 The entrance to Tumminello Park is along a busy stretch of Main Street between Walnut Street and Polk Valley Road in Hellertown borough. Numerous businesses are located along both sides of the road, which is also Rt. 412.

Complicating things further is the fact that the intersection of Polk Valley Road and Rt. 412 is bisected by the Hellertown borough-Lower Saucon Township line, which means leaders from both municipalities must be behind any proposal for a traffic light in order for plans to proceed.

Whether that may happen in the future is uncertain, but council president Tom Rieger noted at the meeting that “there will be access issues in that vicinity.”

“After further discussion with Borough Council and Lower Saucon Township, the traffic signal will be removed from the (grant) application,” Hartranft said in an email Thursday.

“Further discussion on the traffic signal will occur at future Saucon Valley Partnership meetings,” she added.

Tumminello Park has gradually been developed over the past decade, since the borough acquired the land. 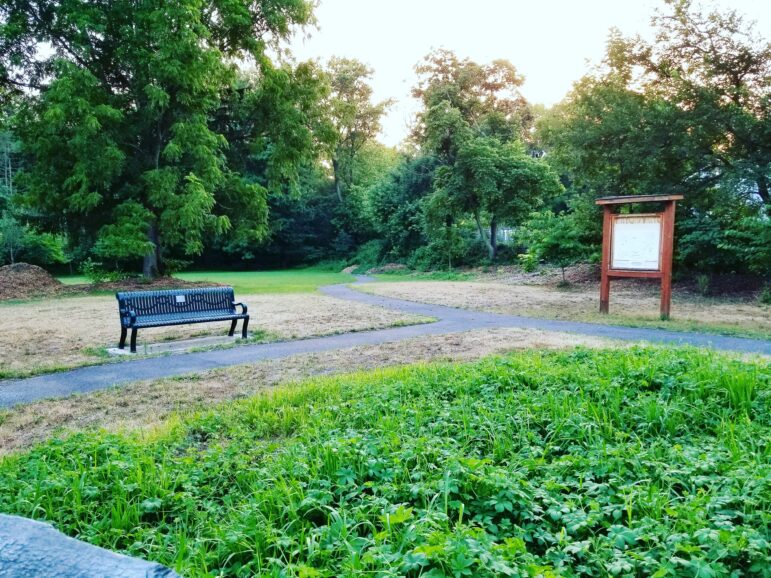 The triangular shaped park has long been envisioned as an important potential link between Main Street and the popular rail trail, which is on the other side of the Saucon Creek mill race.

Councilman James Hill voted against applying for the grant.