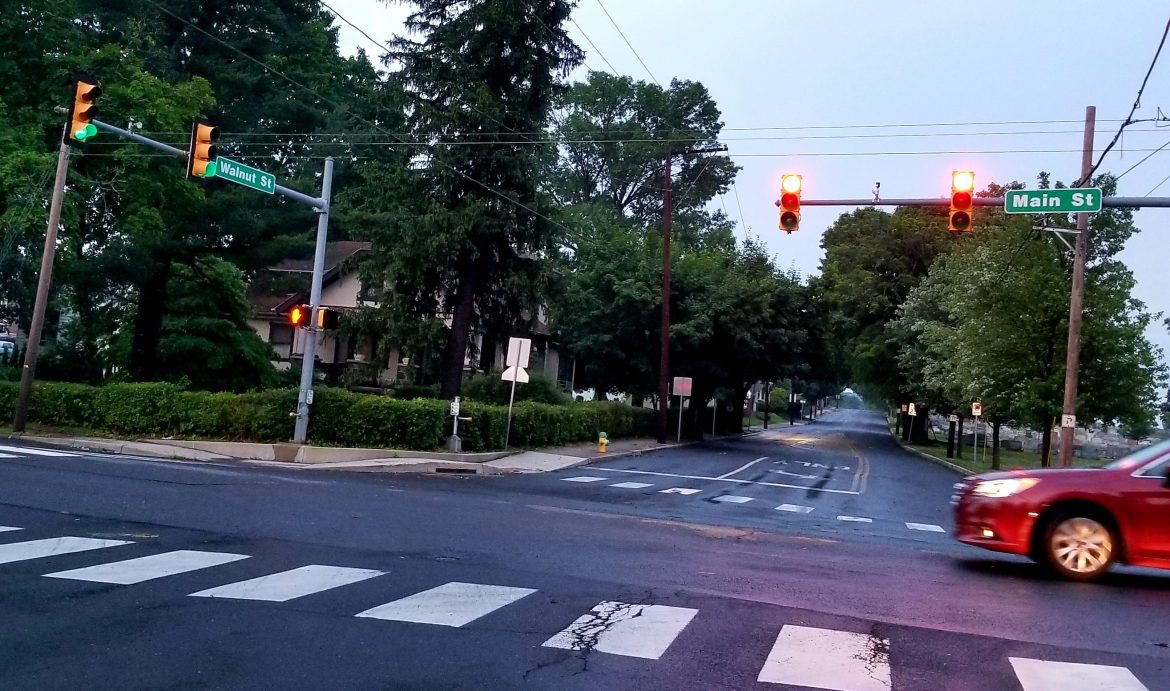 The intersection of Walnut and Main streets in Hellertown, looking east on Walnut Street. (FILE PHOTO) 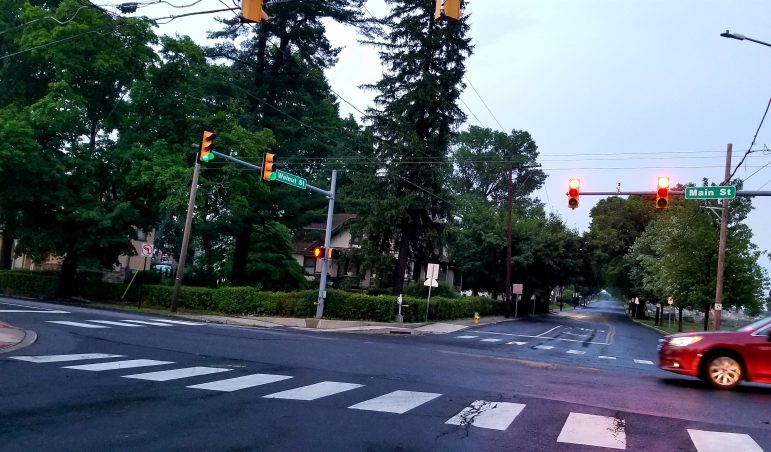 The intersection of Walnut and Main streets in Hellertown, looking east on Walnut.

April’s abrupt closure of the Meadows Road bridge south of Hellertown is already having a noticeable impact on traffic at the intersection of Walnut and Main streets, where more motorists are now turning to reach the next span to the north–the Walnut Street bridge–Hellertown Borough Council president Tom Rieger told council Monday.

Rieger said he would like council to ask PennDOT to study the possibility of adding left turn arrows at the Walnut Street intersection as part of a proactive approach to the traffic “storm to come”; a confluence of closed bridges that will likely put a strain on the Walnut Street light when the Water Street Bridge is closed for replacement during the summer of 2019.

The county-owned Meadows Road Bridge will still be closed at that point, according to officials, as its replacement is a process likely to take years.

Rieger predicted that traffic will be “an absolute nightmare” as a result.

“Walnut Street is going to be the way to get across the crick,” he said.

Even before a green arrow or arrows are possibly added, Rieger said changing the timing of that light should be requested from PennDOT.

Borough engineer Bryan Smith said retiming a light on a state road requires a traffic study, but normally the process takes no more than 30 days.

Council agreed that they should discuss this matter and the potential cost of a traffic study with Northampton County officials, since it is the county-owned bridge’s closure that is pushing more traffic into the borough and affecting its infrastructure.

Council also agreed that there should be renewed communication with PennDOT about the Water Street Bridge, after Mayor David Heintzelman questioned whether the 80-year-old span will actually pass inspections and remain open to traffic until its scheduled replacement, as it appears to possibly be deteriorating at a rate faster than originally forecast.

Recently a large pothole opened in the middle of the bridge, creating a window to the creek below in the roadway and necessitating emergency repairs.

“I don’t think this is a scenario in which PennDOT can drag its feet for four or five months,” Rieger said, returning to the subject of the Walnut Street light.

“They should at least meet with us,” borough police chief Robert Shupp told council.

Shupp called the traffic situation at Walnut Street since the Meadows Road bridge was closed in early April “nuts,” and said part of the reason for that might be that people unfamiliar with the area may not know they can travel west by turning left at Water Street, at least for now.

Although no firm plans were put in place, council members said they want to meet with both Northampton County and PennDOT officials in the near future.