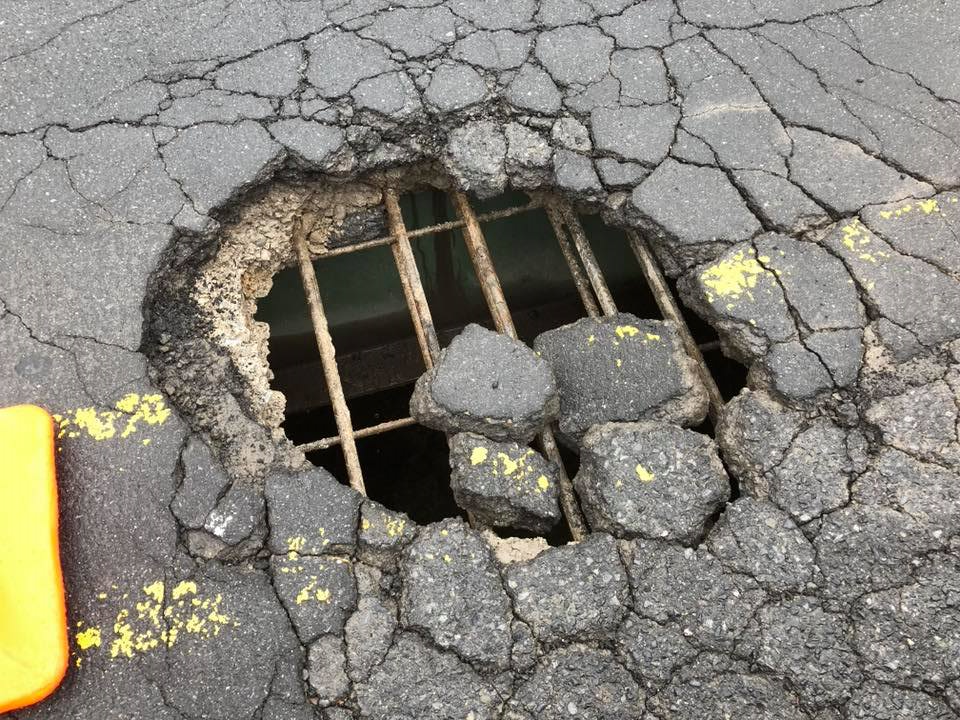 This reader photo shows a pothole that opened up in and temporarily closed the Water Street Bridge in April 2018. (FILE PHOTO) 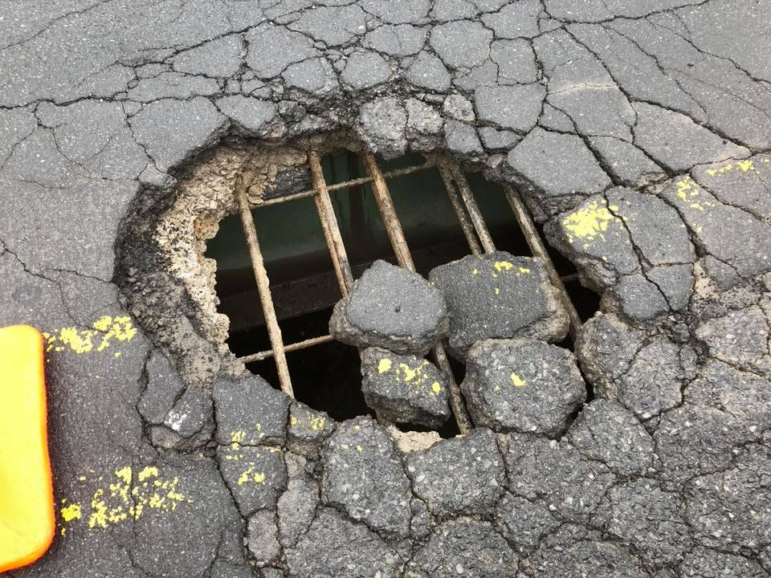 This reader photo shows the pothole that opened up in the Water Street Bridge.

PennDOT closed the busy Water Street Bridge on the border between Hellertown and Lower Saucon Township Thursday for emergency repairs, after a large pothole opened in the bridge’s deck.

The state agency did not specify whether the repairs could take longer than a day, but a photo taken by a passing motorist shortly before the bridge was closed shows metal rebar that is part of the bridge’s substructure completely exposed, with the creek passing underneath.

The bridge is currently closed to vehicular traffic, however pedestrian access via its sidewalk is being maintained while the work is taking place.

Motorists are advised to seek alternate routes while the bridge is closed, such as the Walnut Street Bridge to the south and the Silvex Road Bridge to the north, in the City of Bethlehem.

The unexpected closure Thursday can be viewed as a ‘dress rehearsal’ of sorts for a two-month closure next summer, when PennDOT plans to replace the bridge with a brand new span.

The 117-foot-long Water Street Bridge was constructed of steel I-beams and opened in 1938, when it replaced a 19th century covered bridge. It has an average daily traffic volume of 7,928 vehicles, according to PennDOT. 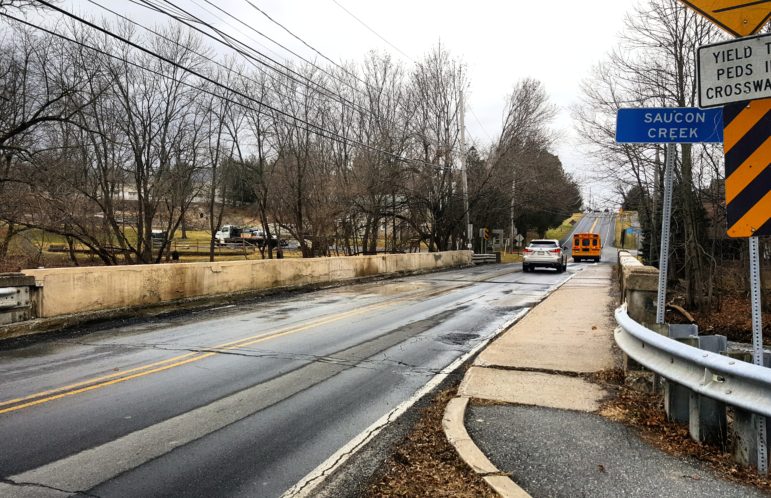 Thursday’s closure comes a little more than a week after another nearby bridge–the Northampton County-owned Meadows Road Bridge in Lower Saucon Township–was closed indefinitely after inspectors determined it was no longer strong enough to support vehicular traffic.

The 1858 stone arch bridge across the Saucon Creek is about a mile south of the Water Street Bridge, and its closure has further complicated local traffic patterns in the area.

In the past two days, gas main repairs have snarled traffic on Main Street near Cherry Lane in Hellertown and in the area of Seidersville Road and Old Phildelphia Pike–just west of Rt. 378–in Lower Saucon Township.

For more information about PennDOT projects occurring or being put out to bid this year, projects made possible the state’s transportation funding plan (Act 89) or those on the department’s Four and 12-Year plans, visit www.projects.penndot.gov.