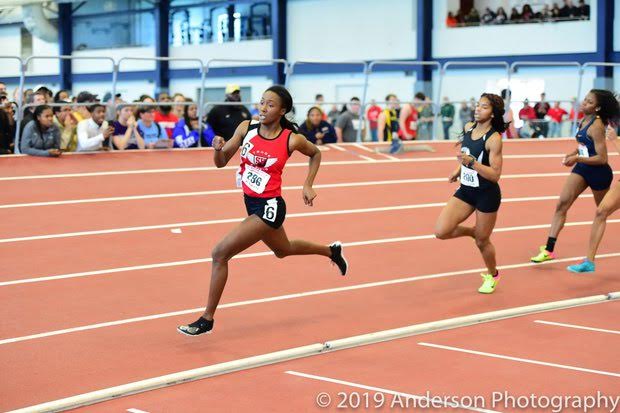 There are many high school student-athletes who get their share of the spotlight for their accomplishments.  It is not unusual for us to read about their successes with appreciation and look forward to their future.  But, it is certainly not common for us to hear about a local superstar with Olympic ties who continues to reap the rewards of her hard work.  Saucon Valley junior, Talitha Diggs continues to impress in the world of competitive track as she climbs the ladder of national notoriety.

Last weekend Talitha, who is the daughter of four time Olympian Joetta Clark Diggs, was on the campus of Penn State University in State College to compete in the 2019 Pennsylvania Track and Field Coaches Association (PTFCA) Indoor State Championships.  Talitha not only ran a personal best 54.86 in the 400m run, but she did it in style as she earned a state championship in the process.  In addition, Talitha finished with a silver medal in the 200m run with a 24.30 second performance. Talitha finished just behind Girard College High School senior Thelma Davies.  Davies ran a 23.51 and will be continuing her academic and athletic career at Louisiana State University. 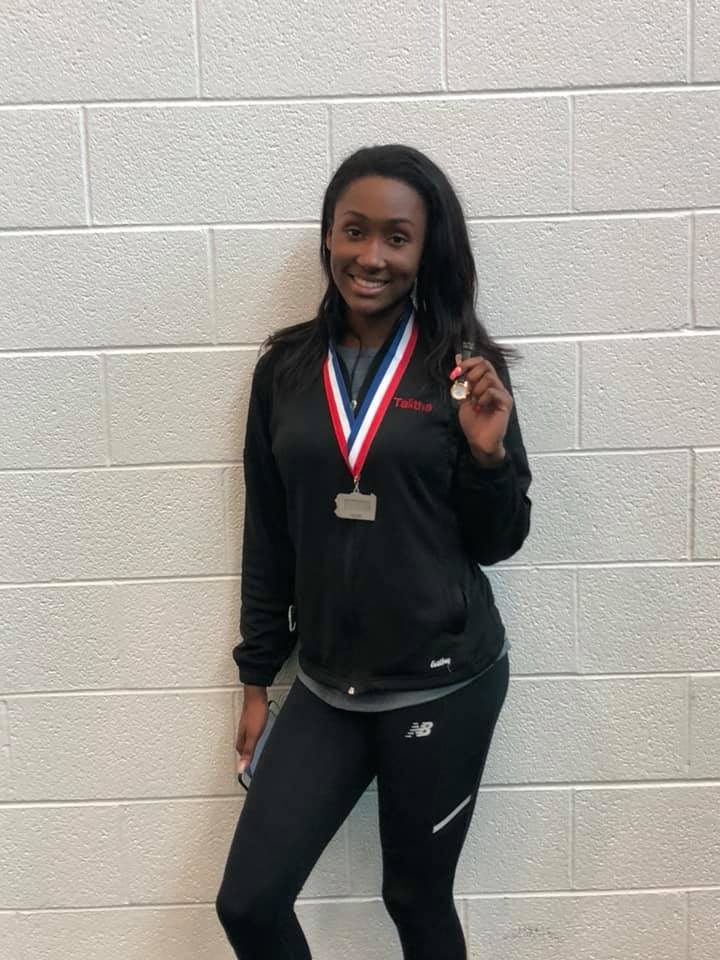 Talitha showing off her 2019 PA State Championship medal and watch.

The victory in Saturday’s 400m run marks Talitha’s first state title, but she is no stranger to having her name called to the podium.  Talitha has multiple Colonial League and District XI titles and records.  Last year, as a sophomore, Talitha earned a couple of silver medals at the PIAA State Championships in the 200m (24.24) and 400m (54.95) runs.  There is little doubt that she will, once again, lead the Panthers track and field athletes this Spring and that she will continue to climb high atop the podium.

Talitha by the Numbers! (taken from milesplit.com) 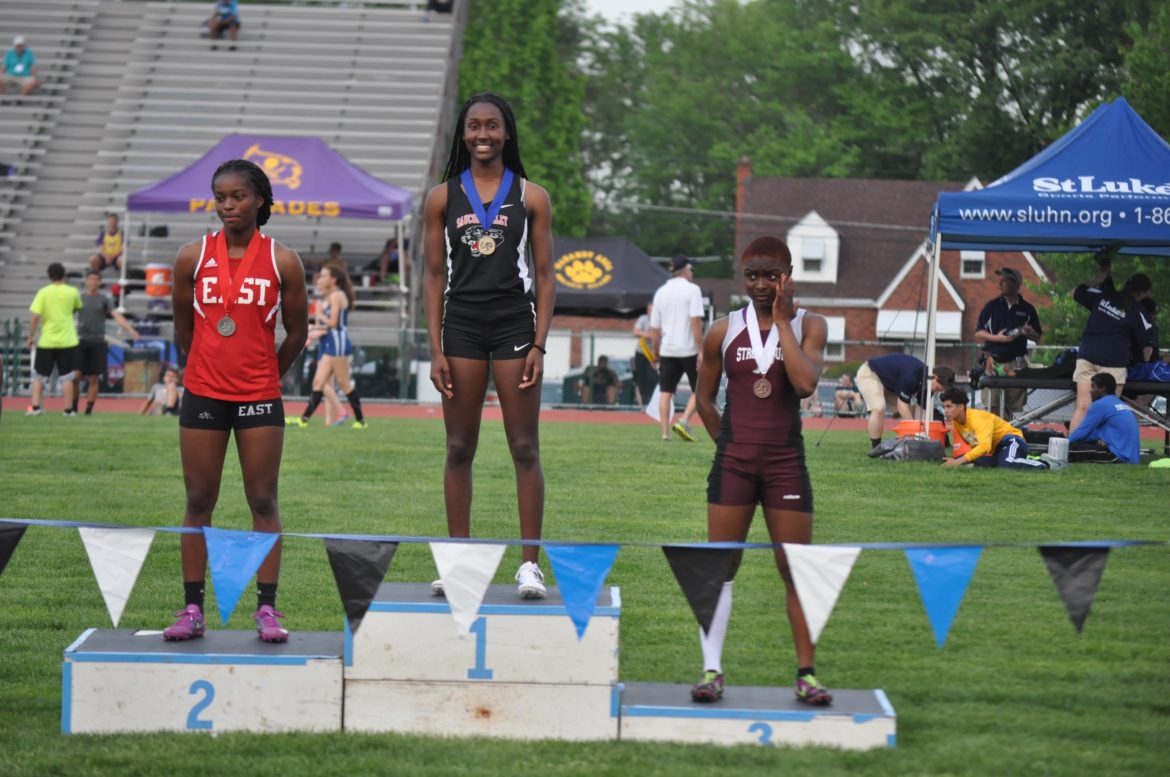 Talitha has the brains to back her brawn.  She excels in the classroom and carries a GPA that is north of a 4.0.  She is also a member of Saucon Valley’s National Honor Society and the school’s debate team.  With her bright smile and positive energy, she is popular with her classmates.

Talitha is obviously a hard-worker.  “I train every day of the week except I do have one recovery day built into my schedule,” Talitha said when asked about her diet and training regimen.  “My diet is not super-strict, but I don’t drink soda or eat any junk four days prior to races.”  When asked about taboo comfort food and other culinary temptations she offered, “I love Ben and Jerry’s Half Baked Ice Cream and chocolate ice cream, although I haven’t had it in awhile.”

Now that the 2019 state championships are yesterday’s news, Talitha sets her focus on Nationals.  She will participate in the New Balance Nationals Indoor which will take place March 7-9 in the New Balance Track and Field Center at The Armory in New York City. Talitha said she is not 100% sure yet, but it is likely that she will once again compete in the 200m and 400m. No matter what she chooses, Talitha is surely going to face some stiff competition.  No matter who her opponents are, they better beware that Talitha is on her way!

Good luck Talitha, the Source is with you!