Tuesday’s unofficial Democratic and Republican primary election results for the contested council races that took place in Hellertown borough and Lower Saucon Township are in. 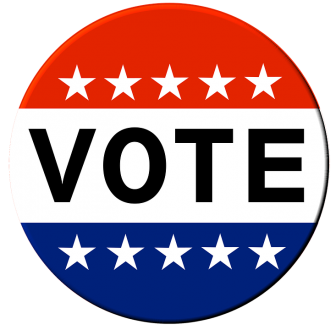 In the Hellertown Borough Council race for three open 4-year seats on council, the top three Democratic vote-getters were incumbents Earl Hill, Michael McKenna and Philip Weber, respectively. Challenger Bill Broun finished fourth, which means he will not appear on the November ballot.

In the November general election, voters will also have the opportunity to elect incumbent Andrew Hughes–who ran unchallenged in the Republican council primary–to one of the three open 4-year seats.

In a special race being held to fill a 2-year seat on council, Democratic newcomer Matthew Marcincin was the winner from among a field of four candidates that also included Broun, Hill and Weber.

Since there was no Republican candidate for the 2-year seat on the primary ballot, barring a successful challenge in November from an independent or write-in candidate, Marcincin will have a seat on council next year.

In Lower Saucon Township there were also two contested council races in the primary: one for three open 4-year seats, and one for a 2-year seat (the result of a resignation by a former council member one year into a 4-year term late last year).

For the three 4-year seats, voters in November will have to choose from among a total of six candidates: Democratic incumbents Priscilla deLeon and George Gress and newcomer Sarah Stanlick, and Republican incumbents Sandra Yerger and Donna Louder and newcomer Jason Banonis.

In a special election being held to fill the 2-year council seat, Democratic newcomer Kaitlyn O’Connor Sommer ran unchallenged in her primary and Jason Banonis was the top vote-getter in the Republican primary, receiving 285 votes to incumbent Donna Louder’s 179 votes.

Since Banonis was a winner Tuesday in two council primaries, he will likely appear on the ballot in two races in November. Ultimately he can only fill one seat, however.

Overall, primary Election Day turnout in Northampton County was very light, with just 11.51 percent of registered voters (including absentee voters) casting ballots, according to the county’s office of voter registration.