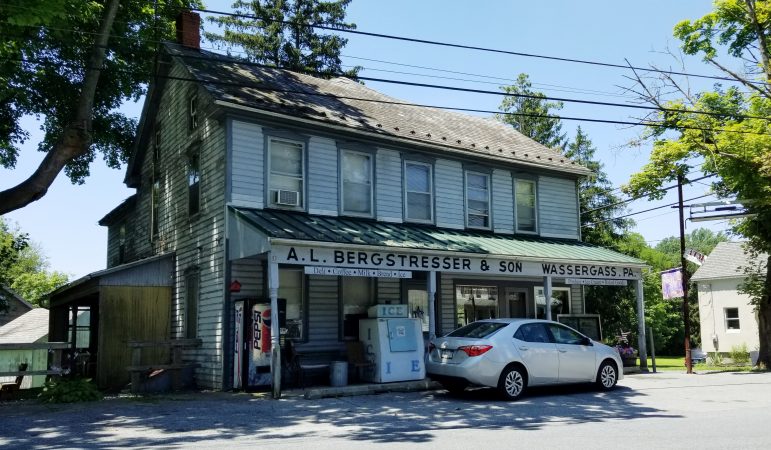 The clapboard exterior of the Bergy’s Mall property has remained essentially unchanged from the late 19th century until today. The former general store owned by Bill “Bergy” Bergstresser is located in Wassergass, Lower Saucon Township.

Life is set to return to an iconic crossroads store in Wassergass, Lower Saucon Township.

The newspaper reported that the new business will be known as Bergy’s General Store and will be operated by Kim Safi of Salisbury Township, who is a former co-owner or co-operator of two different delis in the Allentown-Bethlehem area.

The historic property located at the intersection of Wassergass and Lower Saucon roads was last home to a deli operated by Charlotte O’Donnell that served breakfast and sold food staples, as well as lottery tickets and other basic supplies.

That business closed in October 2015, and except for occasional musical performances by an old-time mountain music group it has more or less been empty since then, leaving residents of the rural “Gass” without a local place to purchase basic food items.

The Bergy’s Mall property has been owned by the Bergstresser family for well over a century and is owned by Bill “Bergy” Bergstresser, who leases the storefront space.

It reportedly acquired the nickname “Bergy’s Mall” in the mid-20th century owing to the fact that the general store sold a little bit of everything, which shopping malls also do.