A Hellertown gym owner and competitive bodybuilder is ready to trade in cardio and barbells for the campaign trail over the next 14 months. 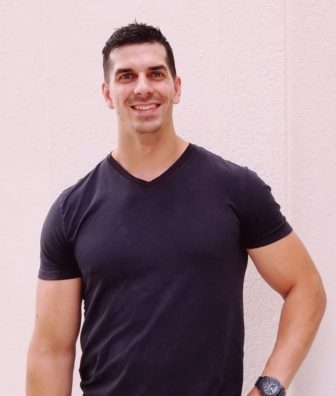 Kevin Branco is a graduate of Saucon Valley High School and Kutztown University. He has owned Main Street Gym in Hellertown since 2011.

Main Street Gym owner Kevin Branco has declared his candidacy for the 131st state House seat which has been held by Republican Justin Simmons since 2011.

Branco, 34, of Upper Saucon Township, said he decided to run against Simmons as a Democrat because he believes the residents of the 131st district aren’t receiving adequate representation.

Branco said Simmons’ attendance record in the House of Representatives is “well-documented” as being lackluster.

In November 2017, The Morning Call cited House records in reporting that Simmons had “missed 28 daily roll calls and missed 498 legislative votes since taking office in January 2011.”

In the story, Simmons admitted to missing “some votes due to family funerals, my wedding, the birth of my daughter, illness and other things beyond my control,” but said “a 92 percent voting record speaks for itself.”

Branco said that in addition to representing constituents, he is also concerned about a number of issues affecting residents of the 131st district, which meanders across extreme southwestern Northampton County (where it includes part of Lower Saucon Township), southern Lehigh County and northern Montgomery County.

Branco said that as a father of two, he supports public education and would like to see “more public oversight” of charter schools in Pennsylvania.

He said he also wants to explore initiatives at the state level that would help encourage college graduates to remain in Pennsylvania, which he said continues to experience “brain drain” as a result of either a real or perceived lack of economic opportunities for them.

Other issues he said he would like to address include state police funding; community partnerships and regional solutions to help local governments achieve economies of scale; and a disturbing trend involving workplace violence against nurses.

Branco’s wife is a nurse, and he said she is supportive of his decision to run, which was made recently following conversations with State Rep. Peter Schweyer (D-22) and a meeting with U.S. Sen. Bob Casey (D-PA).

Although his work experience is largely that of a private sector business owner, he noted that during and after college he interned in the Easton and Harrisburg offices of State Rep. Robert Freeman (D-136), whose district includes Hellertown borough.

Branco said he admires Freeman for his community involvement as an elected official.

“I think all legislators should be acting like that. Make yourself available,” he said.

Branco is a graduate of Saucon Valley High School and Kutztown University, where he earned a Bachelor of Arts degree majoring in political science, public administration and speech communication.

He also comes from a family that’s been politically active at the local level.

His father, Anthony Branco, was a member of Hellertown Borough Council for a number of years and also served as council president during his tenure.

The younger Branco said an immediate goal for his campaign will be fundraising, since the 2020 race will be “very, very expensive to win.”

He said he also made a conscious decision to declare his candidacy a few months earlier than Simmons’ last Democratic opponent—Braveheart Highland Pub owner Andy Lee–did in the previous election cycle.

“I’m getting out there and canvassing earlier,” Branco said.

He said that in the near future he will also be launching a campaign website as well as social media channels to help voters learn more about him and his positions.