Republican representative for the 131st District Justin Simmons held off his Democratic challenger–Saucon Valley businessman Andy Lee–to retain his seat and win a fifth term in the state House of Representatives Tuesday. 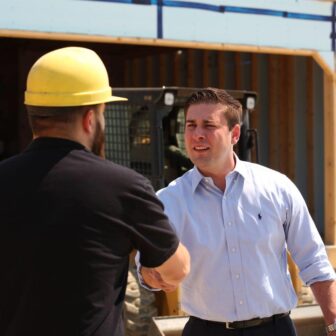 According to unofficial results reported by Channel 69 News on WFMZ.com, with all 28 precincts in the district reporting totals, Simmons had received 14,197 votes (54 percent) to Lee’s 12,336 (46 percent).

As of Wednesday morning Lee’s campaign page had not been updated with a post-election post. 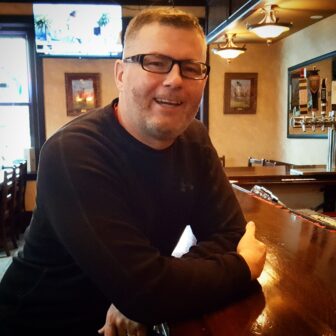 In other local election news, Democrat Susan Wild defeated Republican Marty Nothstein and Libertarian Tim Silfies in a closely-watched race to win the 7th District seat in the U.S. House of Representatives.

Wild, an attorney from Allentown, won 53 percent of the vote and will become the first woman to represent the Lehigh Valley in Congress.

In a political twist, however, Nothstein appears to have narrowly won a special election to represent much of the Lehigh Valley for the six weeks left in former Rep. Charlie Dent’s term in the now-defunct 15th District.

The 15th District was redrawn by the Supreme Court of Pennsylvania in February 2018, after it ruled that the district map as it existed from 2013 to 2018 was unconstitutional. The boundaries of the new 7th District take effect on Jan. 3, 2019.

Having already declared that he would not seek re-election, Dent resigned his seat in May, and the special election to fill his 15th District seat was ordered to be held concurrently with the election for the new 7th District, meaning voters in much of the Lehigh Valley cast ballots in both races Tuesday.

As of Wednesday morning, Nothstein had 126,470 votes (49 percent) to Wild’s 125,350 votes (48 percent) in the 15th District special election race, according to unofficial results reported by WFMZ.com.

The Morning Call reported that Nothstein said he will serve if his special election to Congress is confirmed, although that would mean the opportunity to participate in just 16 Congressional sessions before the end of the year, and possibly force him to resign his seat on the Lehigh Valley Board of Commissioners, which he chairs.