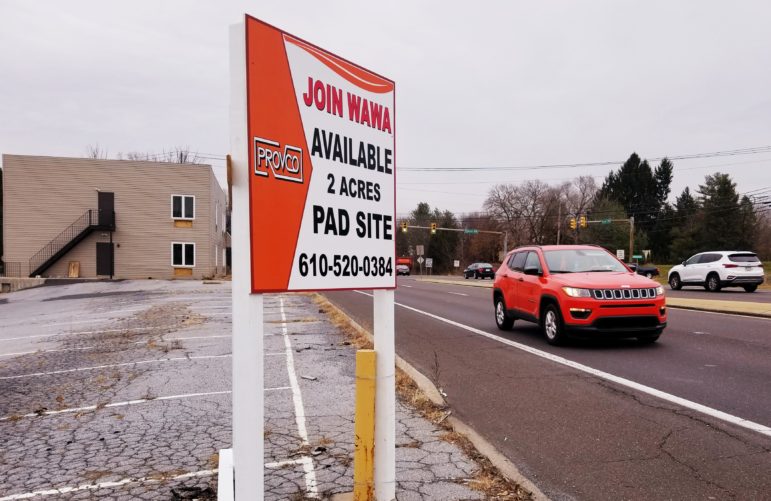 Southbound traffic on Rt. 309 whizzes by the site where a new Wawa convenience store and gas station will soon be built. The company that is managing the land development process for Wawa is seeking a co-tenant to occupy an adjacent pad site.

GottaHavaWawa? GottaHavaPatience if you live in the Southern Lehigh area.

For local fans of the popular convenience store and gas station chain who’ve been waiting years to see ground broken on a new Wawa at Passer Road and Rt. 309 just north of Coopersburg, the end of their waiting is finally in sight.

In March of this year, the Upper Saucon Township Board of Supervisors approved a land development plan for the new store, which will be built where the former Peppercorn Pub now stands.

The landmark pub building was converted into apartments after the business closed, and is scheduled for demolition to make way for the new development.

Since the land development plan’s approval in the spring, progress on the new store and gas station has been decelerated by a lengthy planning and zoning approval process.

Michael Cooley of Provco Group, the commercial real estate agency responsible for developing this project and others for Delaware County-based Wawa, said the group is now in the final stage of obtaining all of the permits it needs from Upper Saucon Township and PennDOT. The last of the permits to be acquired include PennDOT highway occupancy permits.

The developer is also continuing marketing efforts to find a find a co-tenant for the 1.5-acre pad site adjacent to where the Wawa will be built, which is at the southwest corner of Passer Road and Rt. 309. A large sign just south of that site advertises “Join Wawa” to the thousands of motorists who pass by it daily.

Cooley said Provco Group is “thrilled to be on the verge of actually getting this project started,” and added that he expects ground to be broken on the Wawa later this month or sometime in January.

Meanwhile, the township is doing its part to help advance the project, with the board of supervisors approving resolutions for traffic light timing changes at its Nov. 12 meeting.

The modification at these intersections are being made in anticipation of increased traffic volume from the new Wawa: Rt. 309 and Passer Road, Rt. 309 South and Main Street, Rt. 309 and Lanark Road, and Rt. 309 North and Rt. 378.

Wawa expects to open the new store by the end of 2020. 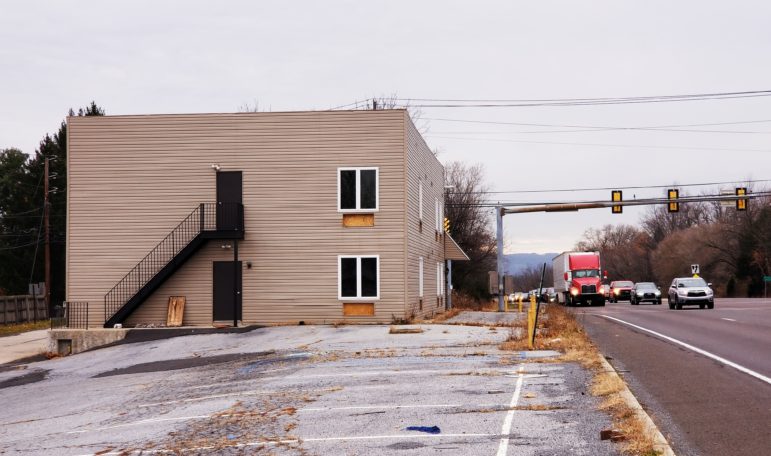 The former Peppercorn Pub–which was converted into apartments not many years ago–will be demolished to make way for the new Wawa at Rt. 309 and Passer Road in Upper Saucon Township.