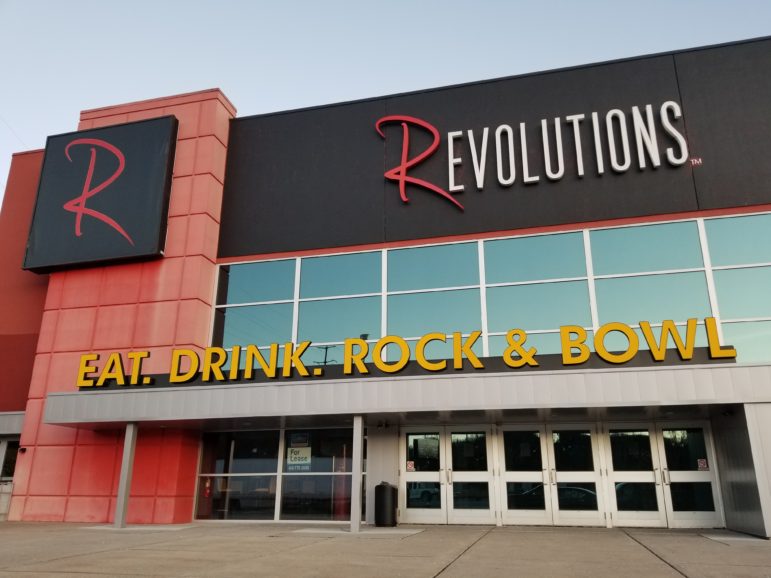 Revolutions at Saucon Valley closed in March 2019. The vacancy currently represents the largest opening in the Saucon Square shopping center on Rt. 378 in Lower Saucon Township.

Nearly a year after a combination bowling alley-restaurant-arcade closed at the Saucon Square shopping center on Rt. 378 in Lower Saucon Township, the anchor space it occupied remains vacant, with nothing to indicate it will have life breathed into it soon.

Revolutions at Saucon Valley occupied a space that housed a multiplex movie theater when the shopping center first opened in 1998.

After Regal Cinemas closed its location there, Florida-based Frank Entertainment Group leased the space, repurposing it under its Revolutions brand, with the business opening in January 2013.

In addition to 20 bowling lanes, Revolutions housed what was described as an American fusion restaurant, two bars, an arcade with more than 40 games and a stage area where musicians and DJs regularly performed.

Colliers International of Allentown is the leasing agent for the shopping center, and lists the property on its website as being both for sale and for lease.

According to the listing, the space is more than 40,000 square feet in size, with ample parking and high visibility along Rt. 378; a state highway that carries more than 24,000 vehicles daily.

In addition to a sign along the road there is a small “for lease” sign affixed to the inside of a window on the front of the former Revolutions, which is set back in the corner of the shopping center’s north parking lot.

Saucon Source has contacted representatives for Colliers International’s Allentown office to request more information about the property, which is listed without disclosure of either an asking price or a monthly rental price.

As of this story’s publication we have not received a response to that request.

In addition to the Revolutions vacancy, four smaller storefronts are currently vacant and available for rent in the Saucon Square shopping center.

Nearby, the Promenade Shops at Saucon Valley on Center Valley Parkway in Upper Saucon Township has also been affected by a rising vacancy rate, with several businesses closing their doors within the last few weeks.

A mixed use development that will include both retail and residential units is currently under construction along Rt. 378 in Upper Saucon, approximately midway between Saucon Square and the Promenade Shops.

Since last year, there has been concern among some residents and township officials about the number of vacant properties along the Rt. 378 in Lower Saucon Township, with one resident warning township council that the area is in danger of becoming blighted due to the vacancies and other factors.

One of the properties referenced by resident Jim Gress was Yianni’s Taverna at Old Philadelphia Pike and Seidersville Road, just off Rt. 378.

The popular Greek restaurant closed following a fire in June 2017, and in spite of the fact that its owners have said on its Facebook page that they intend to reopen, it remains dark. The page has not been updated with a new post in more than 18 months and comments on older posts requesting information about when–or whether–the restaurant will reopen haven’t received page owner responses in more than a year. 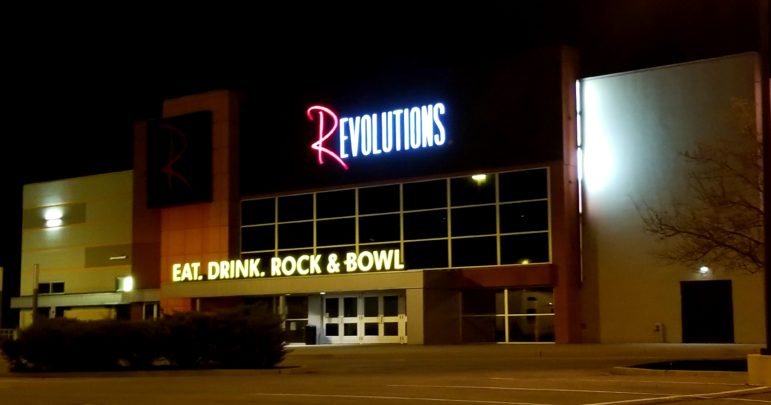 Although Revolutions has been closed for nearly a year, at night the business’s outdoor signage remains lit.