Although it’s considered one of the premier municipalities to call home in the Lehigh Valley, some of Lower Saucon Township’s most visible commercial properties have lost their luster. That’s what a resident told township council at their meeting Wednesday night.

Jim Gress asked council whether there are any local ordinances that require the rehabilitation or demolition of fire-damaged and/or blighted buildings; buildings he asserted are contributing to an appearance that is incongruent with Lower Saucon’s reputation as a desirable place to live, visit, work and go to school.

The township does not, he was told, although its zoning officer can and does enforce the municipal building code as it relates to the upkeep of private property.

Gress specifically asked council about two properties he said he feels are contributing to blight: the former Yianni’s Taverna, a Greek restaurant at Old Philadelphia Pike and Seidersville Road that closed after a fire in June 2017; and a commercial building on the northwest corner of Rt. 378 and Black River Road that has been vacant for many years.

Township councilwoman Sandra Yerger said the township previously attempted to negotiate the purchase of 3630 Rt. 378–which sits atop a culvert that diverts the Black River under the road–but couldn’t because its owner refused to sell it. 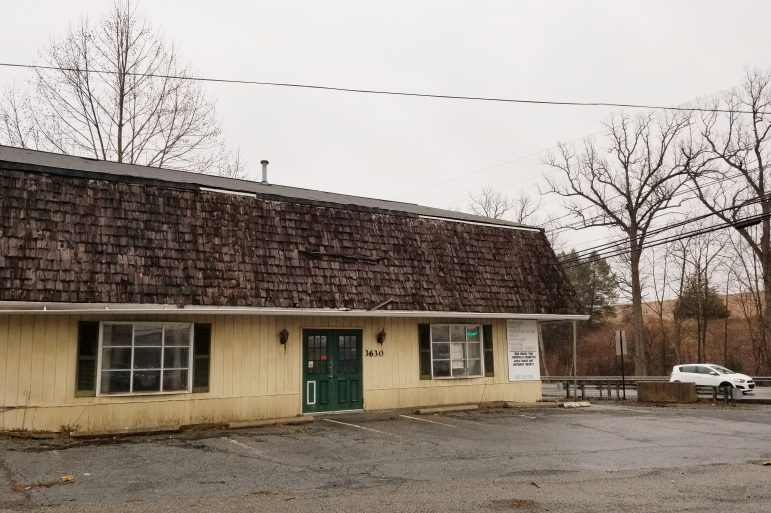 This commercial property at Black River Road and Rt. 378 in Lower Saucon Township has been vacant for a number of years.

The one-story building last housed a salon and still has salon-related signage affixed to it.

There is also a real estate sign that states “Available” in one of its windows, although Internet searches turned up no active real estate listings for the property. Likewise, a search of the Northampton County property record database failed to produce any information about its ownership.

Yianni’s Taverna at 3760 Old Philadelphia Pike is owned by the Zannakis family, who have said on Facebook and with a banner that hangs on the building that they plan to reopen the restaurant. However, a date for its reopening has yet to be announced. 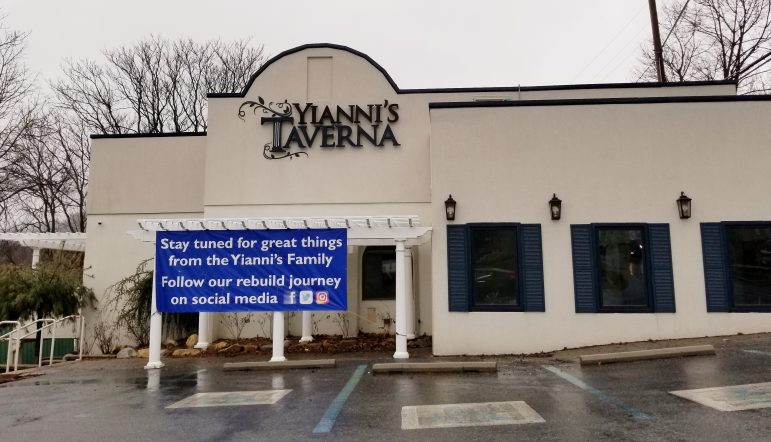 Yianni’s Taverna was a popular Greek restaurant in Lower Saucon Township until it was shuttered by a fire in June 2017. The owners have said they plan to reopen it, but no reopening date has been publicly announced.

Since the fire shuttered the business nearly two years ago, a number of followers have continued to ask on Facebook when Yianni’s will reopen.

The restaurant’s Facebook page was last updated in May 2018, although an administrator has responded to questions more recently than that.

At the council meeting, township manager Leslie Huhn said she would direct zoning officer Jim Young to contact the Zannakises about their property and what’s happening with it.

Saucon Source has also reached out to them to ask what the plans are, if any, and this story will be updated if any information is provided to us.

Gress also commented about the number of vacancies in the Saucon Square shopping center, which is located on Rt. 378, roughly equal distance from the two buildings he asked council about. 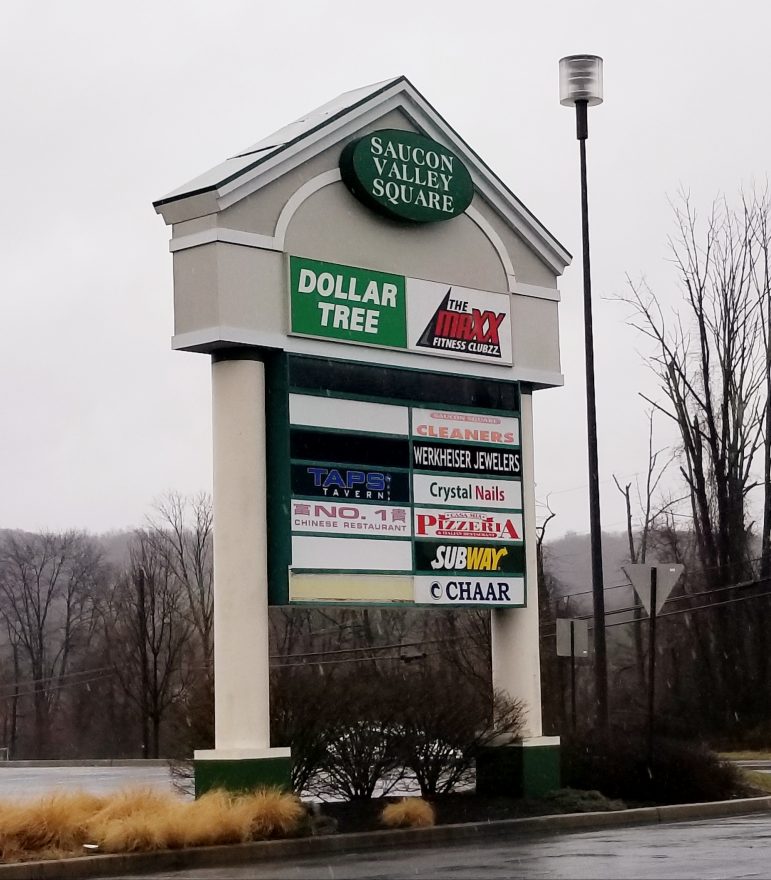 The shopping center–which has anchors that include Maxx Fitness and Dollar Tree–currently has two “inline” retail vacancies, according to leasing information found on the Equity Retail Brokers website.

A third vacancy that was created when a Radio Shack store closed in 2015 is expected to be filled sometime this year when a medical marijuana dispensary opens for business.

Equity Brokers touts the shopping center as a great place to open a business by citing its high visibility location on a state highway that has an average daily vehicle count of nearly 19,000 and the “high income” Saucon Valley market all around it.

Gress told council that if the township forms a volunteer beautification committee to help address some of the issues he raised, he would be interested in serving on it.

He noted that he is the uncle of councilman George Gress.