A Lower Saucon Township man is jailed on misdemeanor charges of terroristic threats and harassment after police say he allegedly threatened to hurt a woman in front of officers who had responded to his home for a report of a domestic dispute. 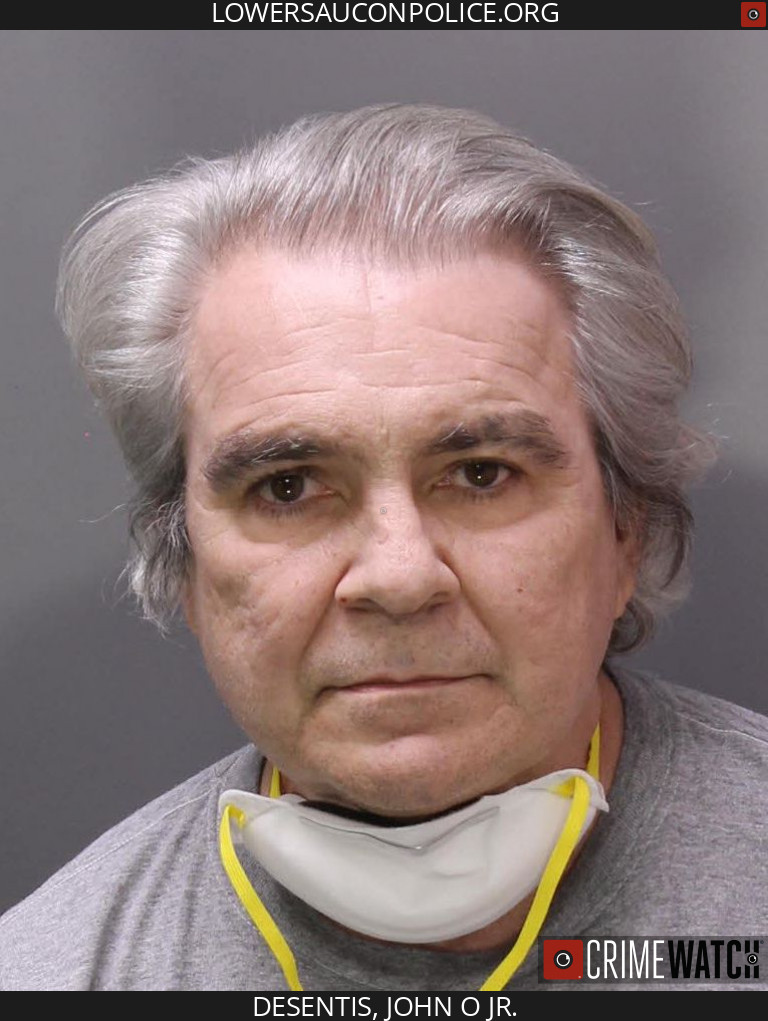 In a post published Monday on the department’s Crimewatch site, police said officers responded to the home of John O. Desentis Jr., 61, of the 1300 block of Seidersville Road, at around 3:30 p.m. Saturday.

“While en route police were advised the call may be a domestic and (that) the male sounds like he does not like police and threatened to kill everybody,” police said.

Police said officers at the scene learned there had been a “verbal disagreement” between Desentis and the other person.

“While police were investigating further, Mr. Desentis stated that ‘if the police leave he was going to pop her in the head,'” they said.

At that point Desentis was arrested and taken to Northampton County Central Booking for processing, police said.

According to court records, a preliminary arraignment for Desentis was scheduled to be held Saturday before District Judge Nancy Matos Gonzalez in Bethlehem.

Desentis was committed to Northampton County Prison in lieu of $300,000 straight bail on Saturday, the criminal court docket in the case said.

A preliminary hearing in Desentis’s case is scheduled to be held May 29 at 9 a.m. before Judge Matos Gonzalez, per court records.