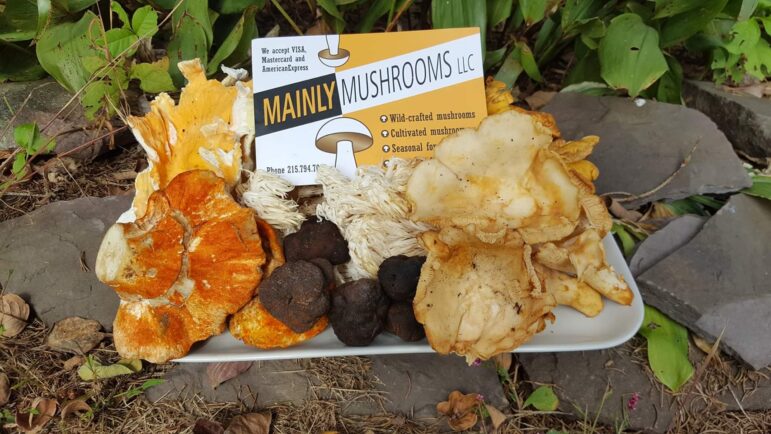 Mainly Mushrooms continues its more than decade-long streak of vending at the Saucon Valley Farmers’ Market this year. They will be offering their seasonal, wild and exotic mushrooms, truffle products and more.

Chris Darrah has returned to the Saucon Valley Farmers’ Market for another season of selling his staple exotic, wild mushrooms.

Darrah formed Mainly Mushrooms with his wife Patty in 2010, but he has been working with mushrooms for the past three decades.

“I’ve been foraging wild mushrooms for 30 years,” Darrah told us.

For about the first 10 years, Darrah mainly stuck to picking wild mushrooms.

“One thing led to another and I started selling to farmers’ markets and to restaurants, and I’ve been at it ever since,” he said.

Darrah is certified in the state of Pennsylvania for the wild foraging of edibles. This certification allows him to sell his products to restaurants in addition to vending at the Saucon Valley Farmers’ Market, the Lansdale Farmers’ Market and the Stockton Market in Stockton, N.J.

This time of year Mainly Mushrooms’ most popular offerings are morels, porcini and chicken of the woods mushrooms, which get their nickname from their taste that is said to be similar to chicken.

Mainly Mushrooms’ full menu can be found on their website. Visitors can browse the shop to see what products are available, and they can then place an order to be picked up at one of the farmers’ markets.

In addition to mushrooms, Darrah also offers shallots and truffle oils. Darrah can even provide fresh truffles for customers who wish to order them in advance.

“Anything from the easy to obtain black summer truffles to the winter white truffle, they’re available if people want to order them,” he said.

Although usually known for being an expensive delicacy, Darrah is able to sell his truffles at a reasonable rate.

“The truffles I have are surprisingly affordable in the amounts I sell them,” Darrah said. “If you want to try them you’re only spending $5 or $10.” 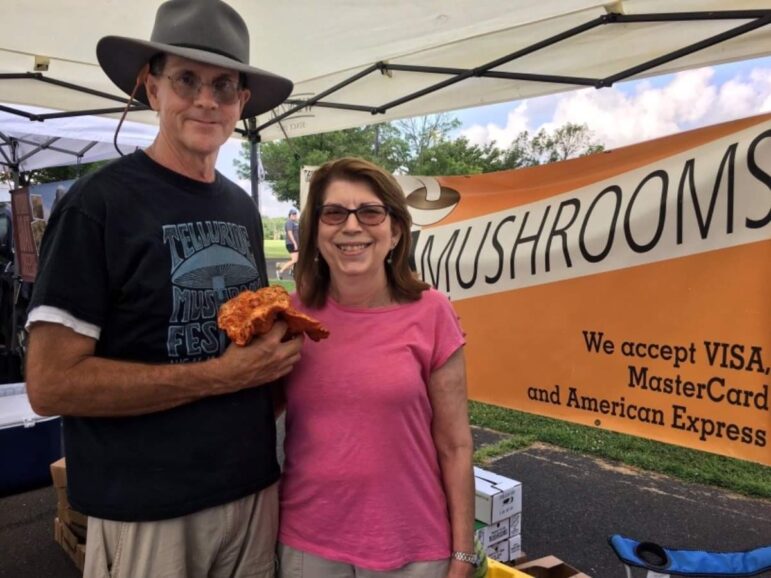 Chris Darrah his wife Patty started Mainly Mushrooms in 2010. Darrah, who is certified in Pennsylvania to forage edible mushrooms, has been foraging mushrooms for more than 30 years.

As the summer approaches, Mainly Mushrooms will soon be offering their chanterelles, sea asparagus and lobster mushrooms; the last of which are named, of course, for their affinity to the popular sea cuisine.

“It has the same color, and it has a shellfish fragrance and flavor to it,” Darrah said.

The mushroom, which Darrah gets from the Pacific northwest, is commonly used as a substitute for shellfish because it doesn’t aggravate shellfish food allergies and is vegan.

One of Darrah’s favorite preparations of the lobster mushroom is to serve it with steamed corn on the cob over rice.

“It’s kind of a dumbed down risotto, but it tastes great,” Darrah joked.

Be sure to check out Mainly Mushrooms on Facebook to keep up to date with all of their latest seasonal offerings.

Read our other Saucon Valley Farmers’ Market vendor profiles before you pay them a visit! The market is open Sundays from 9 a.m. to 1 p.m. next to the Hellertown Area Library, 409 Constitution Ave., Hellertown. The first hour of shopping is reserved for seniors and those at high risk from COVID-19. Social distancing and mask use are required.