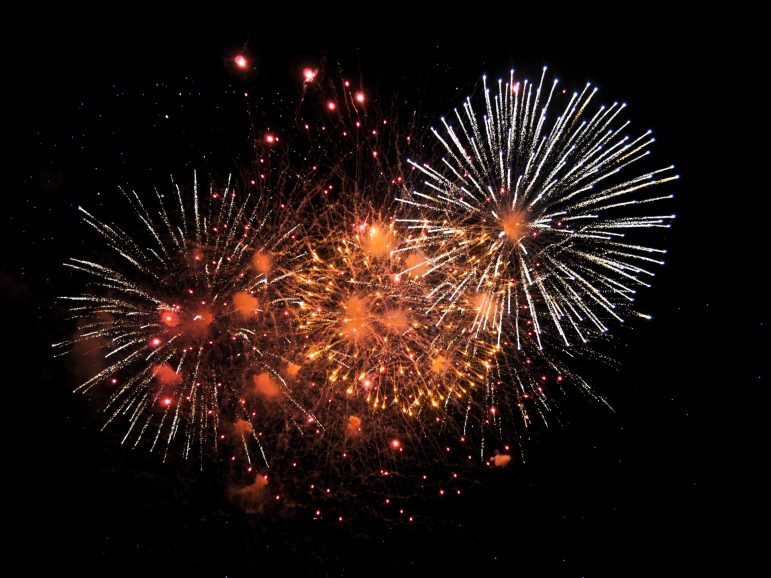 Hellertonians are looking forward to an old-fashioned fireworks show on Friday, Aug. 21 at Steel Club. The show will be visible from surrounding areas, including nearby Dimmick Park.

After this year’s Dewey Fire Co. carnival in Hellertown was canceled because of the COVID-19 pandemic, the fate of the fireworks show held each July on its second-to-last night was unclear.

Local residents and business owners stepped up to help the fire company once it became clear that a significant amount of money was needed to pay for a show, contributing nearly $20,000 in donations in less than a week; enough money to pay for this year’s display and partly fund next year’s.

Dewey Fire Co. President Gail Nolf previously announced that the fireworks would be staged on Steel Club property within the borough. The 200-plus-acre country club is located on either side of Hellertown’s border with Lower Saucon Township, on the east side of the borough.

The announced date for Hellertown’s fireworks show was Friday, Aug. 21, so the only thing that was still uncertain was what time it would begin.

That question was finally answered Thursday, when Steel Club announced that it will begin at 9:30 p.m.

In an email about the fireworks, the club included a map indicating that they will be launched from one of the greens north of Durham Street, near Lost River Caverns.

There will be several viewing areas on club property–one of which will only be open to club members with restaurant reservations–as well as a viewing area at Dimmick Park.

Other than viewing area #4, the viewing areas on Steel Club property will be open to the public. Click here to view a flyer for the fireworks at Steel Club that features a map.

“Display heights will vary throughout, but the average height (of the fireworks) will be between 400 and 600 feet in the sky,” the Steel Club email said. “The show will be viewable from a variety of surrounding off-site locations.”

Spots on Steel Club property should not be reserved with blankets prior to 6 p.m., and guests must maintain social distancing of six feet between parties, the club said.

For many families in the Saucon Valley area, the fireworks will serve as an unofficial end to summer, as school will resume for students in the district on Monday, Aug. 24.

Nolf previously announced that the rain date for the fireworks show is Saturday, Aug. 22.