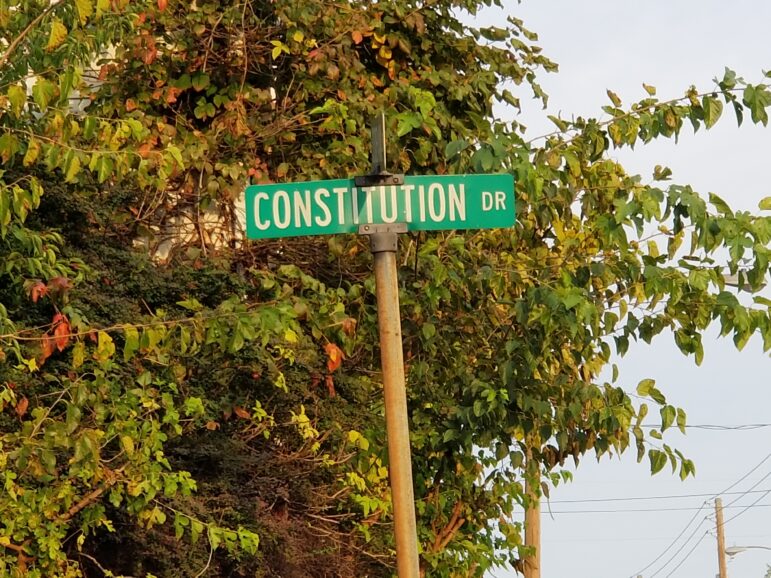 The innocuous-looking entrance to Constitution Drive is along Susquehanna Street in Allentown.

Constitution Drive in Allentown and Salisbury Township is a long, desolate stretch of wooded, partly unpaved road that lies next to the Lehigh River and railroad tracks.

Several legends are associated with this place, including that of psycho albinos who turn violent if you venture too near their house and who will push your car into the river if you get out and walk away from it. Another legend relates to the malevolent spirit of a young girl whose screams can supposedly be heard at night throughout the woods. However, the most commonly reported tale is about the apparition of a man and his two dogs. 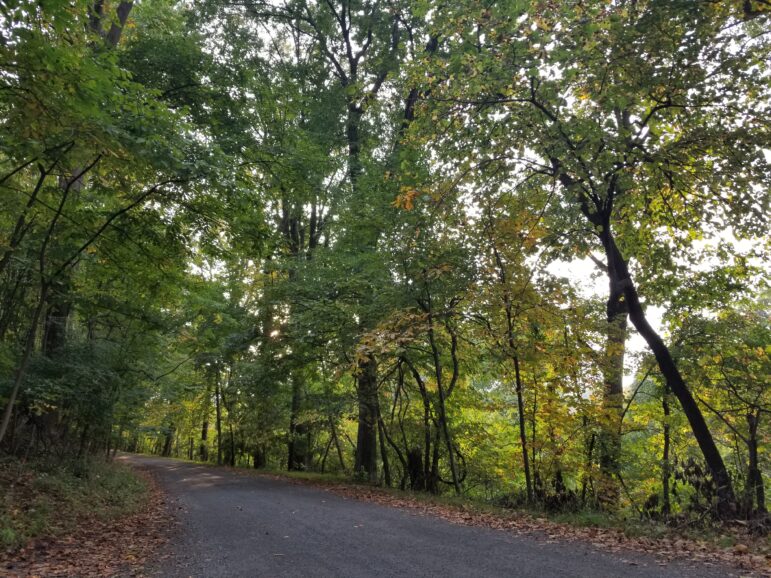 The seclusion of Constitution Drive and the fact that it’s a heavily wooded stretch of road may contribute to the eerie feeling many people have described experiencing when traveling down it.

Everyone seems to agree that the man was struck by a speeding train which severed his leg, but like all good local legends, there are several versions of events. The most common says he was walking his two dogs near the tracks when he was struck. Rather than dying immediately, the man laid on the isolated road for two days before eventually bleeding to death. His dogs never left his side and also died. In another version of the story, however, the man and his dogs were killed instantly.

The thing people do agree on is that the man’s ghost is still walking his dogs, whose eyes glow crimson. After it snows, people have reported seeing the tracks of two dogs, but only one footprint of the person walking them. Making the road even more eerie is a strange, melodic whistling sound that’s very loud and seems to come from every direction in the woods. The clanging of freight cars hitting against each other in the rail yard across the river can sound like the rattling of chains, adding to the melancholy feeling of the stretch. 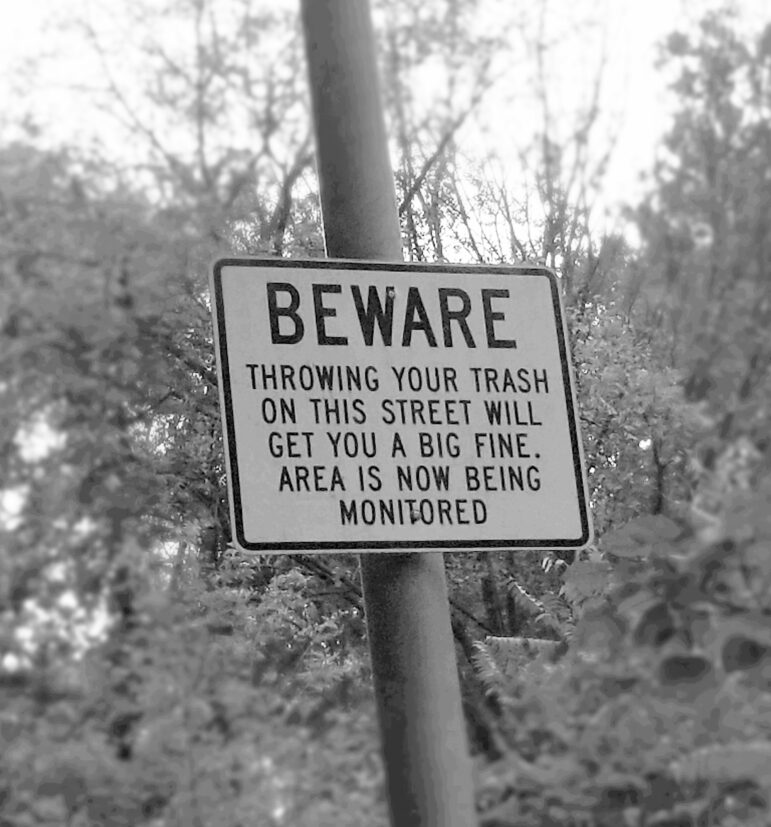 A strongly-worded sign and surveillance by law enforcement haven’t been enough to stop people from illegally dumping trash along Constitution Drive in Salisbury Township. The area has been a magnet for illegal dumping for many years.

There is an unsettling feeling on Constitution Drive. Maybe, as stated in a November 1987 article in the Morning Call, it comes from all the garbage that seems to get dumped there (signs posted along the road warn against the practice).

Over the years the road has also attracted a criminal element, which the Morning Call story also highlighted. Burglaries, rapes, arson and indiscriminate gunshots have been reported along it, and its unsavory reputation prompted a former Salisbury Township Police Chief to admit that the area naturally encourages crime because of its seclusion. 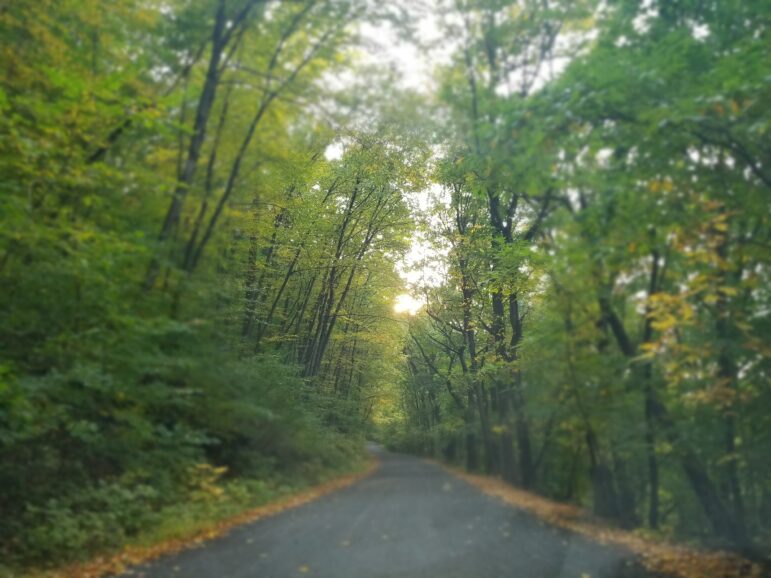 In the daytime Constitution Drive in fall is a leaf-peeper’s delight. At night, however, the lonely stretch of road is extremely dark due to the lack of any streetlights.

Or maybe it’s the troubled spirit of a man who doesn’t know he’s dead.

If you visit Constitution Drive, be aware that the police patrol there quite frequently and may pull you over if they believe you don’t belong there. If you’re just doing a little harmless ghost hunting, they’ll usually let you off with a warning.

Ellen Flynn is a writer and amateur historian of haunted places, which she has explored via her Facebook page, Creepy Lehigh Valley. With her husband Tom, she co-owns The Art Establishment, a community art studio and gallery in Fountain Hill. Click here to read more of Ellen’s stories on Saucon Source. Listen to our recent podcast interview with Ellen here and on iTunes, Spotify, Amazon Music, Stitcher, TuneIn, iHeartRadio and Google Play. Search for “No Rain Date,” and don’t forget to subscribe for more great local news and interviews.