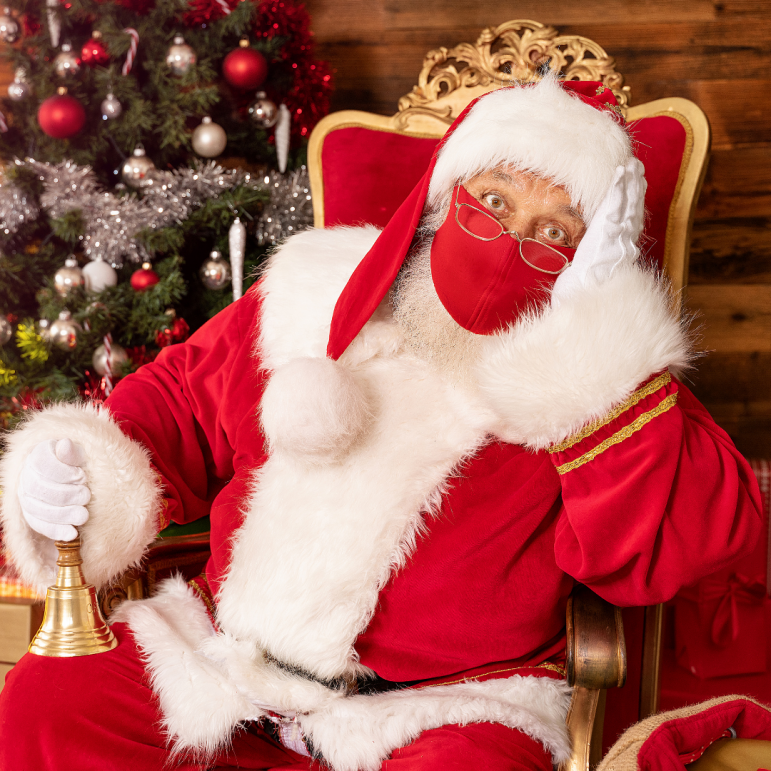 In addition to his face mask, Santa may need some galoshes and an umbrella this Christmas…or even a boat. According to weather forecasters, heavy rain combined with melting snowpack could produce flooding across the area on Christmas Eve.

In spite of last week’s early snowstorm, it appears unlikely that the Saucon Valley area will get to experience a white Christmas in 2020. But it might see a muddy brown one.

The National Weather Service says heavy rain combined with melting snowpack will instead create soggy conditions, along with the potential for flooding, on Christmas Eve.

Milder temperatures have allowed some of the foot or so of snow that fell Dec. 16 and 17 to melt over the past few days, however the remaining snowpack could hold as much as “an inch of liquid equivalent rainfall,” a watch statement indicated.

The anticipated combination of runoff from snow-melt and soaking rain means “flows in rivers may increase quickly and reach critical levels,” the statement indicated. “Stay away or be swept away. River banks and culverts can become unstable and unsafe,” it warned.

Following the grinchy gullywasher, gusty winds are forecast to move across eastern Pennsylvania, as temperatures fall and any standing water on roads is left to freeze.

There is also a “slight” chance of rain or snow showers Christmas Day, which will be markedly cooler than Christmas Eve. According to Adams’ post on PaWeatherAction.com, accumulating snow is only expected across the western half of the state.

Due to ongoing COVID-19 restrictions, the impact of the nasty weather may be less than it would be in a normal year. Fewer people are expected to travel for Christmas this year, and many churches will only be holding services virtually. Others, like St. Theresa of the Child Jesus in Hellertown, have reservation systems in place to help keep crowds smaller.